CELTIC’S crocked trio of Anthony Ralston, Filipe Jota and Stephen Welsh have NOT been included in Ange Postecoglou’s squad for the High Noon clash with Dundee United at Tannadice today.

All three limped out of proceedings in the 1-0 win over Hearts at Parkhead on Thursday night  and will take no part in the action on Tayside.

Adam Montgomery replaced Ralston in the first-half which saw Josip Juranovic move to his more accustomed right-back role against the Edinburgh visitors. 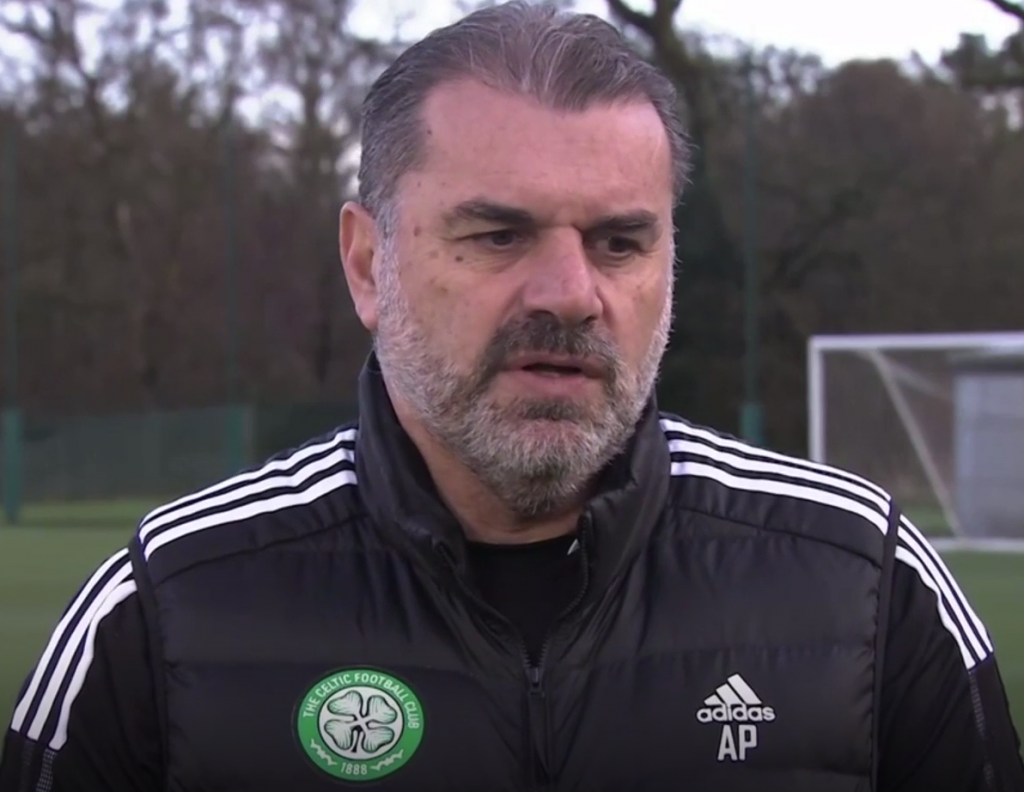 POSTECOGLOU PONDERS…Celtic boss has questions to answer before Tannadice clash.

After the 70-minute mark, it was game over for Jota, with what looked like a hamstring pull, and Welsh, who had just blocked a close-range shot, and Postecoglou threw on Mikey Johnston and Nir Bitton as he reshaped his line-up for a second time.

On-loan Spurs central defender Cameron Carter-Vickers, who missed the midweek victory because of “personal issues”, is likely to come in alongside Carl Starfelt who was returning to action after being sidelined for five weeks through injury.

The Hoops gaffer has a dilemma on the flanks for the team’s first visit to Tannadice for the first time since March 7 when caretaker boss John Kennedy saw his side put in a lacklustre shift in a goalless draw to relinquish the title the Parkhead men had possessed for the previous nine years. 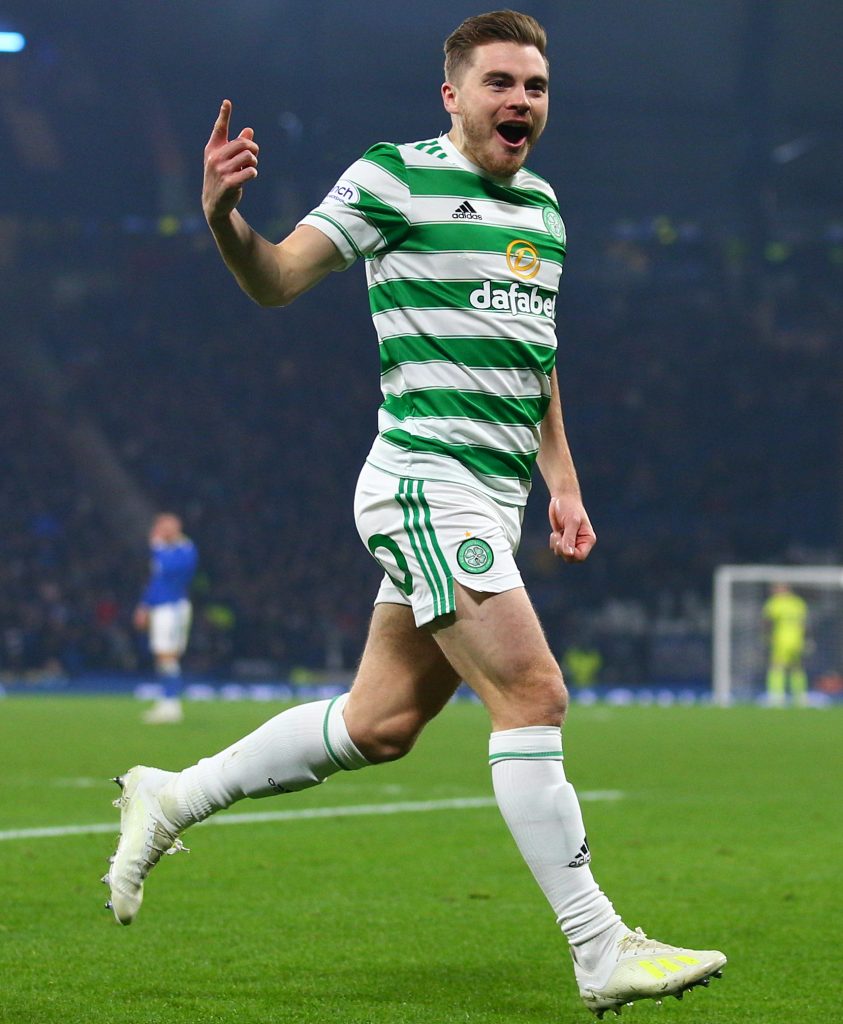 Postecoglou will ponder starting again with James Forrest on the right or reintroducing Liel Abada. The 20-year-old Scotland international clearly struggled in the latter stages of the 90-minutes plus five minutes stoppage time against the Tynecastle men and blew the chance to seal the points when he missed a sitter late in the encounter.

Johnston came on for Jota, but produced very little which could see a switch in wings for Forrest at kick-off with the Israeli flanker, who scored the goal in the 1-1 draw with United in Glasgow in September.

Postecoglou, speaking to the Sunday Mail, admitted: “It’s unlikely that Jota, Anthony or Welshy will play on Sunday. 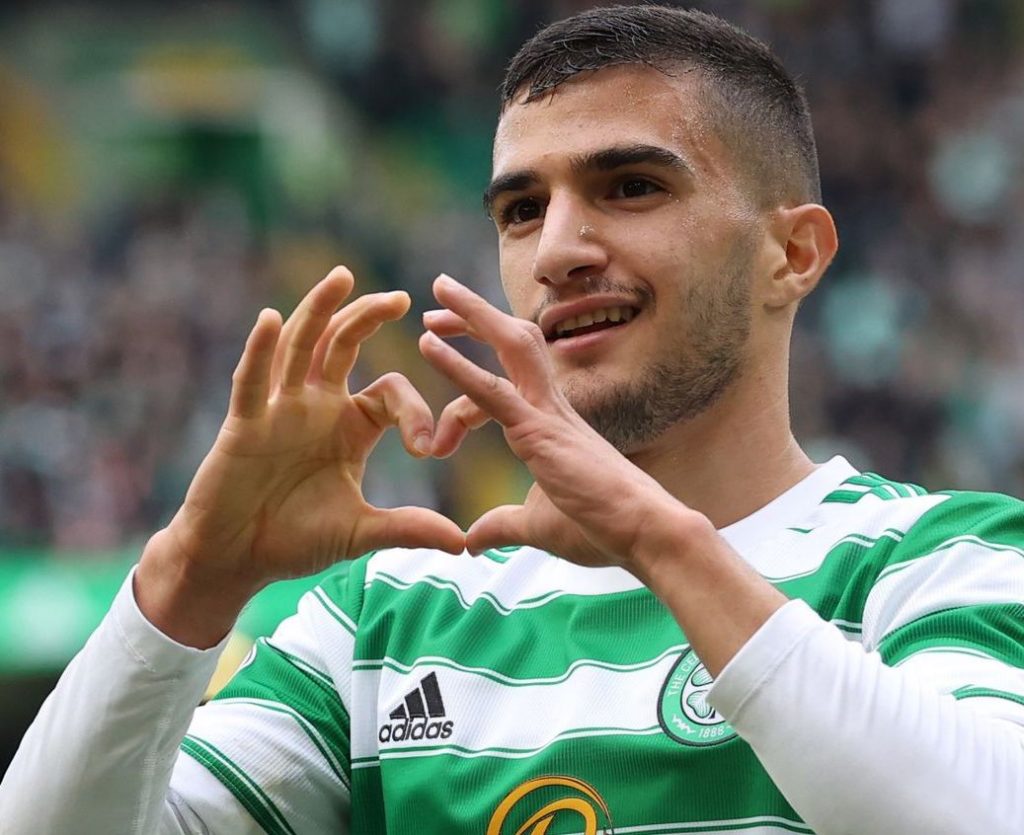 HEART TO HEART…Liel Abada enjoys his moment after scoring against Dundee United in September.

“We’re playing so many games right now that wear and tear is inevitable. Couple that with how we play our football and how we train – and it’s a fine line between pushing the guys to the maximum and trying to ensure we don’t overload them.”

The Greek-Australian appeared to remove the doubt when his pool of players for the confrontation was announced.

* DON’T miss the unbeatable match report and best action images from Dundee United v Celtic this afternoon – only in your champion CQN.