ANGE POSTECOGLOU has given the green light for John Kennedy and Gavin Strachan to remain on his backroom staff.

The new Celtic manager has been working closely with the assistant and the first team coach during the preparations for the new season at the training camp in Wales.

Kennedy, who was caretaker gaffer for the last 10 games of last season following the departure of Neil Lennon in February, and Strachan, son of ex-Parkhead title-winning boss Gordon, shared Postecoglou’s dug-out during the 3-1 midweek win over Sheffield Wednesday and they’ll be alongside him again this afternoon in another closed-door game at Newport against Charlton. 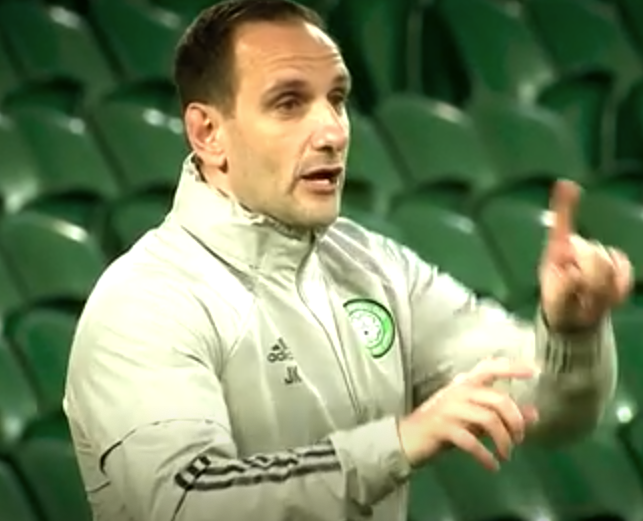 POINT TAKEN…John Kennedy on the touchline during one of his 10 games in charge.

The one-time Australia international chief has been impressed by the double-act and has emphasised he will be responsible for the make-up of his staff.

Asked if Kennedy and Strachan would remain in his background team, Postecoglou answered: “I never thought otherwise.

“My history is if there are good people in the building, then there’s no reason to change it.

“So far all the staff have been excellent and have embraced where we want to go to.”

Postecoglou, speaking to the Daily Record, added: “I will back my judgement in all these things. I take responsibility at the end of the day.

“We need to add to our staff for sure. We will be bringing in people at the appropriate time. Not necessarily in the coaching area, but there are other areas we need to bolster.”