ANGE POSTECOGLOU reckons today’s dug-our rival Malky Mackay should be a contender for Manager of the Year.

And the Celtic boss also name-checked Ibrox gaffer Giovanni van Bronckhorst and Hearts’ Robbie Neilson and Livingston’s David Martindale as others who should be considered.

Postecoglou will pit wits with former Hoops central defender Mackay in the 2.30pm meeting with Ross County in Dingwall as the Hoops bid to restore their six-point lead at the Premiership pinnacle with four games left to go once the dust settles at the Global Energy stadium.

Reflecting on the end-of-season manager award, the Greek-Australian has been impressed by the work done by his opposite number and said: “I haven’t thought a lot about it, but Malky has done a great job there.

PICK IT OUT…Liel Abada slams in the opening goal past grounded Ross County keeper Ashley Maynard-Brewer in the 2-1 win in December.

“He’s been brilliant for Ross County. At the start of the year, most people wrote them off a little bit.

“He’s not only improved their results. He’s got them into the top six playing good football.

“It’s a credit to him that he stuck to it. I’m sure he’ll be motivated to get them as high up the table as possible now. He’s been fantastic for them.”

Postecoglou, speaking to the Sunday Mail, added: “But Davie Martindale and Robbie Neilson have also done brilliant jobs at their respective clubs.

“And Gio has done a good job, too.

“Everyone who has survived has done a good job – because quite a few of them haven’t!”

The Parkhead men got a scare the last time they played in the Highlands in December when they had to rely on a stoppage-time winner from Anthony Ralston for all three points. 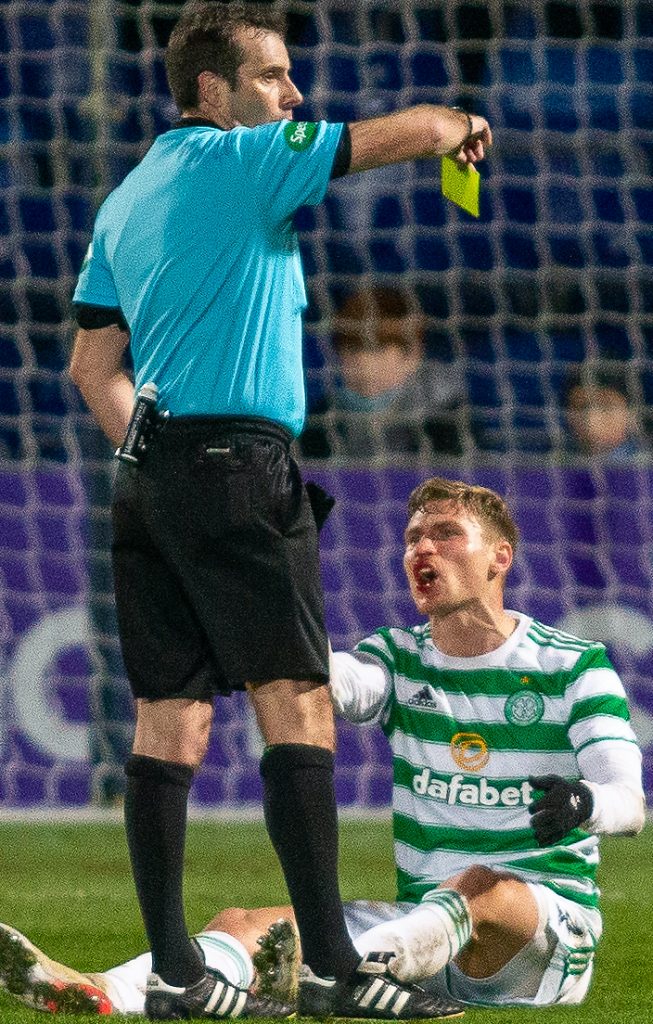 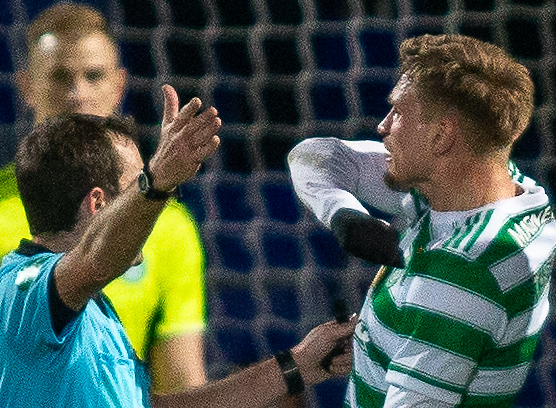 GETTING THE ELBOW…Carl Starfelt explains to the match official how he took a blow to the face. 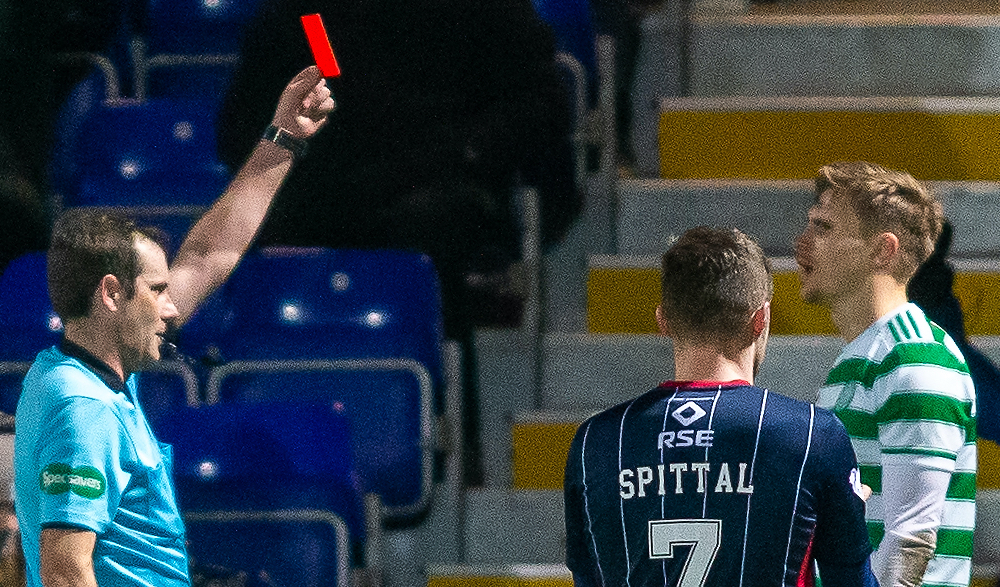 SEEING RED…Carl Starfelt looks amazed as Alan Muir dismisses him in the 79th minute for a so-called infringement.

It was an evening in which the visitors had to battle all the way against determined opponents and the red card for Carl Starfelt from referee Alan Muir, after two innocuous challenges, piled on the pressure.

Liel Abada had given Celtic an early lead when he tucked away a left-wing cross from Liam Scales, but the Hoops gifted the hosts an equaliser when the defence failed to clear a corner-kick and centre-back Jack Baldwin bundled the ball behind Joe Hart.

Thankfully, Postecoglou’s men refused to accept anything but a victory and Tom Rogic picked out marauding right-back Ralston with a lofted cross from the right with the Scotland international applying the devastating finishing touch.

The travelling fans – and Celtic supporters everywhere – will be looking for a similar outcome today, without the nerve-shredding drama.