Celtic Quick News on News Now
You are at:Home»Latest News»POSTECOGLOU HOPES FOR SIGNINGS ‘IN THE NEXT FEW DAYS’
By CQN Magazine on 11th July 2021 Latest News

ANGE POSTECOGLOU is hopeful he can sign new players “in the next few days”.

The new Celtic boss has been searching the worldwide market in his pursuit of recruits to strengthen his first-team squad.

The former Australia international manager insisted he is focused only on incoming transfers and not outgoings as he attempts to kick-start the Hoops rebuild with the first leg of the Champions League second round qualifier against FC Midtjylland due at Parkhead a week on Tuesday with the return in Denmark eight days later.

Postecoglou watched his players put in another good shift in their second pre-season win yesterday, a 2-1 triumph over English third-tier outfit Charlton in Newport to follow the midweek 3-1 victory over Sheffield Wednesday at the same venue, as CQN reported. 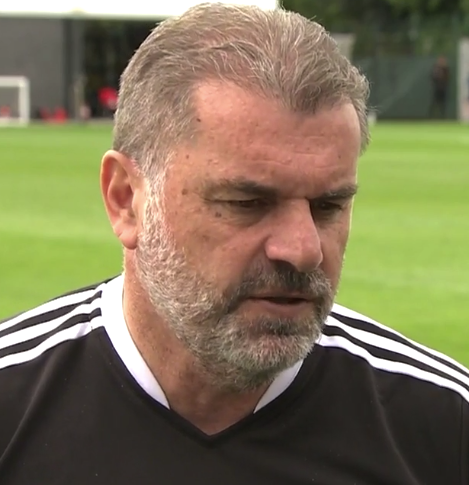 While the futures of Odsonne Edouard, Kristoffer Ajer and Ryan Christie remain unclear, the 55-year-old gaffer is concentrating on targets who will be able to hit the ground running.

Postecoglou said: “We are trying to get some players in and, hopefully, get some deals done.

“We need some players to come in because we lost a fair few from last year. It is not an easy process at the moment, but we are pushing hard and, hopefully, we will get some in the next few days.”

Asked if the club had received any bids for their players, he answered: “To be honest, I am not as focused on outgoings as I am on incoming.

“Incoming is where my pure focus is at the moment. I can’t control who leaves, what I can control and push for is to bring people in.” 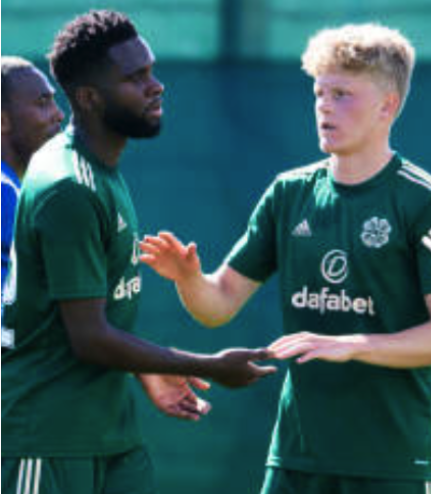 GREEN FOR GO…Odsonne Edouard’s future is still unclear, despite featuring in both pre-season games in Wales.

The Athens-born coach, speaking to Sky Sports News, added: “I’m focused on a couple of key areas – working on the players we have here and trying to get players in.

“I guess it will come down to whether players want to be a part of this or not. Some may have already made their minds up, others will make their mind up as they go along.

“I am not here to plead our case at the moment. That is not the business I am in. If people want to be a part of it, I am happy to include them.

“We need players in a number of positions, it’s not just one. Even looking at those who have gone from last season, purely on numbers, we need players.”