ANGE POSTECOGLOU has revealed he was keen to bring Daizen Maeda to Celtic in the summer.

The new Hoops boss was well aware of the qualities of the striker after signing him for Yokohama F Marinos in February, only four months before the Greek-Australian’s arrival as Neil Lennon’s long-term successor.

Obviously, no deal took place, but Postecoglou got his man nine days ago when he agreed an initial loan contract that will be made permanent at the end of the season. Maeda, capped twice by Japan, is likely to be in Glasgow for four and a half years, at least. 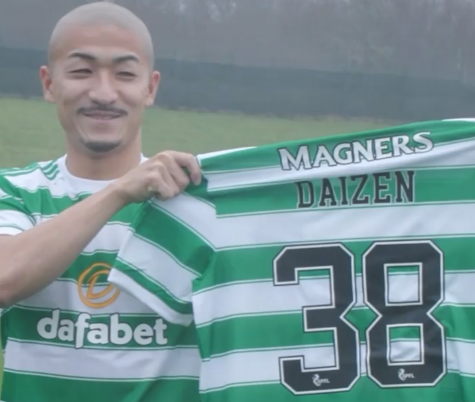 The 24-year-old left-sided attacker is expected to hit the ground running in the same manner as compatriot and new team-mate Kyogo Furuhashi who cost £4.6million from Vissel Kobe in late July and has already claimed 16 goals, two in the Premier Sports League Cup Final triumph over Hibs at Hampden last month.

Maeda arrived in a triple swoop on the J-League on Hogmanay along with versatile left-sided performer Reo Hatate and midfielder Yosuke Ideguchi.

Postecoglou said: “I knew that in our summer window, the ability to attract Japanese players was going to be a challenge, but I knew the January window was one we could work on.

“Everyone at the club worked awfully hard to get the deals done and we had great co-operation from the Japanese clubs involved and their representatives and I’m really pleased we managed to get them over so early.

“I think they’ll be an important part of what we’re trying to build here, so from our perspective, they’re here for the long term and we hope they can be successful in the years ahead.

“I know Daizen well. He’s a really determined character who wants to improve.

“He’s one who knows our style of play and I was keen to bring him in during the summer. I know his attributes and I think he will do well for us. 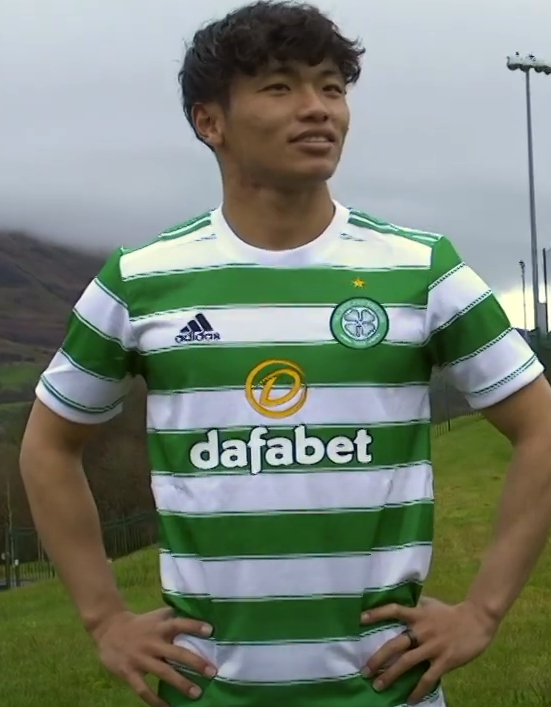 WELCOME TO CELTIC, REO…new Japanese Bhoy Hatate gets his first sight of Lennoxtown.

“Reo is a player I watched develop in Japan. His old team Kawasaki Frontale have been the outstanding team in the J-League for the last five years with some ridiculous talent in their ranks and Reo is one of them.

“He’s had a lot of success playing for a club that wants to win every week, which sounds similar to this club. He has the right character and I think he will develop over time.”

Maeda and Ideguchi have previously experienced European football with the hitman spending some time on loan at Portuguese outfit Maritimo and the 17 times-capped midfield man at Leeds United with other spells in Spain and Germany.

Postecoglou, speaking to Celtic TV, added: “For Daizen, I can see there’s unfinished business for him from his time in Europe and he wanted to get another opportunity. 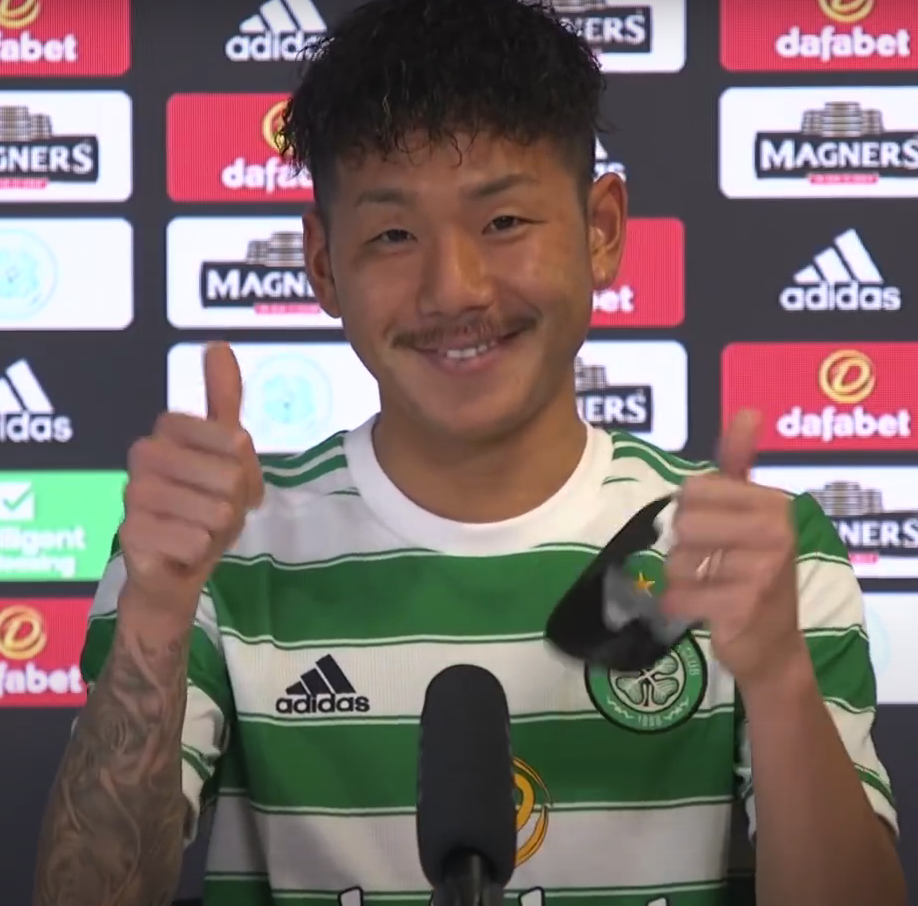 WELCOME TO CELTIC, YOSUKE…midfielder Ideguchi gives the thumbs up to his new career.

“Yosuke is someone I followed and scouted from my time in the Australian national team. He’s an exciting young talent and a guy I’m really pleased to bring in and work with.

“It’s an added bonus that Yosuke and Daizen have experience playing in Europe and I like the fact they went back to Japan with the intent of proving themselves and going again.’

“It’s a very different culture in Japan and for a lot of Japanese players that first move across can be pretty challenging.

“It’s not about trying to create a unique environment for them, they know they’re here to represent this football club and they know the challenges involved.

“The whole group will be happy to get three quality footballers to help us on our path.”