Celtic Quick News on News Now
You are at:Home»Latest News»POSTECOGLOU ‘PIONEER’ AIM
By CQN Magazine on 20th May 2022 Latest News

ANGE POSTECOGLOU has taken a breather from his colossal revamp of  Celtic to say: “I’ve been blessed.”

The manager, born in Greek capital of Athens and brought up in Australia from the age of five, led the Hoops to their tenth title in 11 years following a truly extraordinary turnaround in fortunes.

Last season, the team limped in 25 points off top place with the opportunity of a historic tenth successive championship blown early in the new year. This time out, though, the crown has returned to the east end of Glasgow with four points to spare. 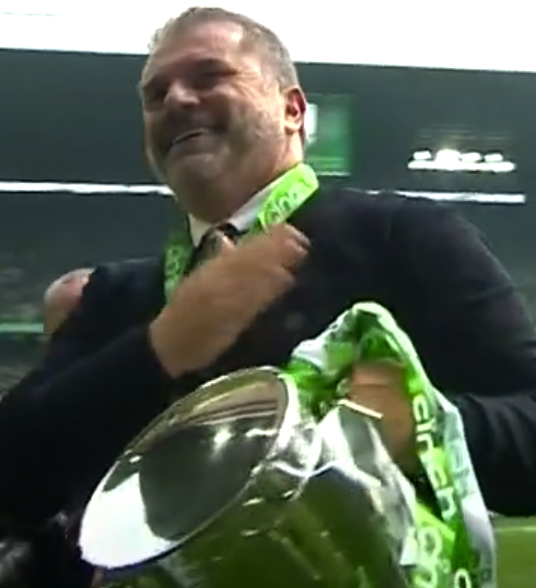 PARADISE…Ange Postecoglou is all smiles as he celebrates Celtic’s title success after the 6-0 win over Motherwell.

Postecoglou is already preparing for a tilt at the Champions League and hopes to become a trailblazer for other managers Down Under.

The 56-year-old former Australia World Cup gaffer is continuing to break down barriers after winning flags in his adopted country with South Melbourne and Brisbane Roar and in Asia with Yokohama F Marinos and he has now set his sights on more success in his second campaign at Parkhead.

He said: “It’s been great. I’ve been really lucky. When you win these things, the biggest thing for me is that those memories stay forever.

“I can reconnect with people at South that we won championships with, or at Brisbane, or the Socceroos, or Yokohama, now it’s Celtic.

“I know that, in 20 years’ time, if I bump into those people, we’ll have shared something special together and that’s why I love this game.” 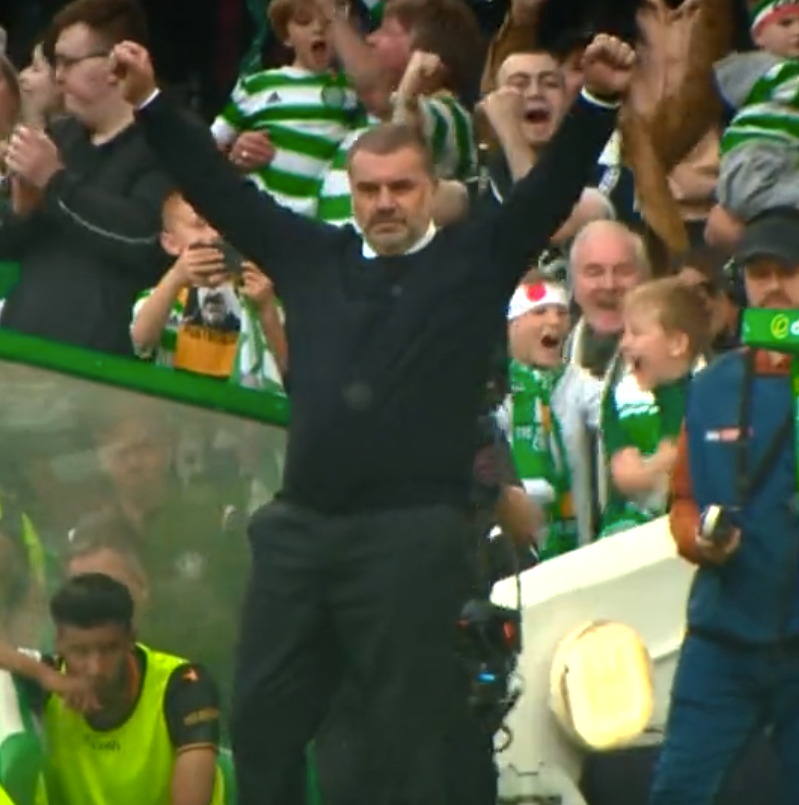 HANDS UP IF YOU’RE A WINNER…Ange Postecoglou celebrates on the touchline.

“If you had asked me what was next maybe even 12 months ago, I probably wouldn’t have said this.

“We’re champions now and we’re in the Champions League next year, which will be enormous. Playing against some of the best clubs in the world.

“I have never laid down a goal in my life because, if I did, I probably would have surpassed it 20-odd years ago.

“Every next step gives you an opportunity to be part of something special, so who knows what the next 12 months have in store for us?

“But, like always, I’ll have a decent crack at it and see what comes out. 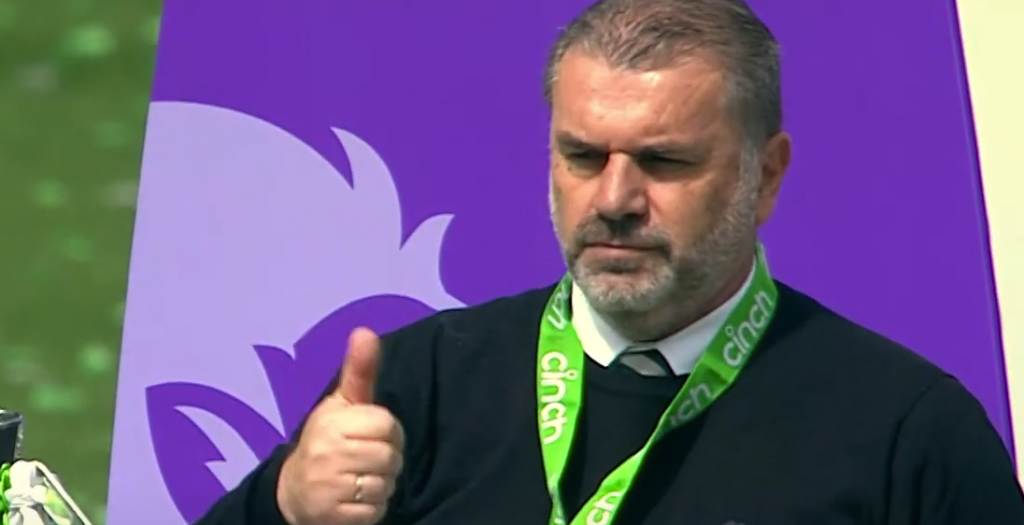 THUMB’S UP…Ange Postecoglou acknowledges the fans at the title presentation.

“There’s probably a few firsts that will happen, I think that’s great not just for me, but, hopefully, it means that opportunities will open up for other Aussie managers.”

Postecoglou, who won his first piece of silverware in Scotland with the Premier Sports League Cup triumph over Hibs in December, added: “We’ve got some fantastic young managers working in Australia, in Japan and some starting their careers in Europe.

“With these kinds of things, it’s a bit like Aussie players in the eighties and nineties, the pioneers who came over here and opened doors for Aussie footballers to have careers.

“So, hopefully, I can continue to have success that opens doors and opportunities for others.”