ANGE POSTECOGLOU has welcomed his first signing to Celtic and the new boss reckons Osaze Urhoghide has all the qualities to become a top-class defender.

The versatile Dutch back-four operator, who will celebrate his 21st birthday on Sunday, has agreed a four-year deal at Parkhead and will team up again with his former Sheffield Wednesday colleague Liam Shaw who signed a pre-contract in January.

Leeds United were also in the hunt for Urhoghide, as CQN reported yesterday, but he has opted for the Hoops and Neil Lennon’s successor is delighted.

Postecoglou, speaking to the club’s website, admitted: “It’s great. He’s someone that the club’s been tracking for a while and, when I came on board, I managed to have a meeting with him and he’s a good young man, he’s very ambitious. 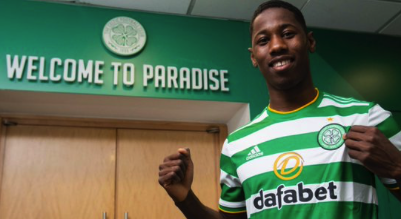 “He’s just beginning his football career, but he shows all the attributes on and off the field to want to become a top player, so it’s great to get him here.

“He can play a couple of positions at the back and, most importantly, he’s really keen to learn and develop and I think this will be a great environment for him.

“He’s a modern defender. He’s good athletically, he’s mobile, he’s quick and he wants to get on the ball.

“He can play a couple of different positions and, from our perspective, and the way we want to play our football, there are certain things I look for in players irrespective of age, and he’s got some really good attributes to be a top defender.

“The most important thing is he’s got a real desire to reach the very top. He’s excited about joining the club, which is important to me because that’s the first thing I want to hear from players, that they’re really keen to join us.” 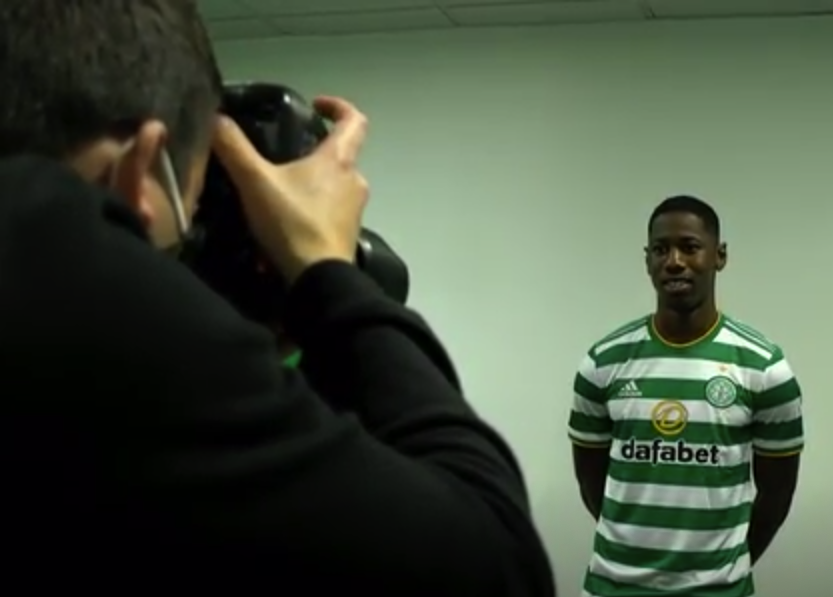 IN THE PICTURE…Usaze Urhoghide is snapped at Parkhead. Image courtesy Celtic TV.

Urhoghide could very quickly become a key player in the Hoops squad with several question marks over the defence. Kristoffer Ajer is still likely to be on the move, despite the club rejecting two £10million bids from newly-promoted Norwich City and Bayer Leverkusen a week ago.

Christopher Jullien, who hasn’t kicked a ball this year after injuring a knee in a collision with a goalpost in the 3-0 win over Dundee United on December 30, could be out until October while it is unknown if Boli Bolingoli, banished to Turkey on loan following his secret trip to Spain and the subsequent fall-out, still has a role to play at left-back.

Postecoglou has his work cut out to get a pool of players together in time for the first leg of the crucial Champions League second round qualifier against the Danes of FC Midjytlland only 18 days away.