KYOGO FURUHASHI made a wonderful first impression on his debut appearance at Parkhead as he flashed in a hat-trick in the 6-0 rout of Dundee yesterday.

The £4.6million Japanese striker thumped in a devastating trio, but could have had SIX after missing two reasonable chances and seeing another close-range shot hacked off the line with the keeper beaten.

Ange Postecoglou praised the new arrival who was given the nod to start ahead of Odsonne Edouard for the second successive game after leading the line and scoring his first Hoops goal against Jablonec in the 4-2 win in the Europa League qualifier in the Czech Republic last week.

The delighted boss, speaking to the Celtic website, said: “Kyogo got three goals and he could probably have got a couple more, but his defensive work was also outstanding and that got the crowd going. 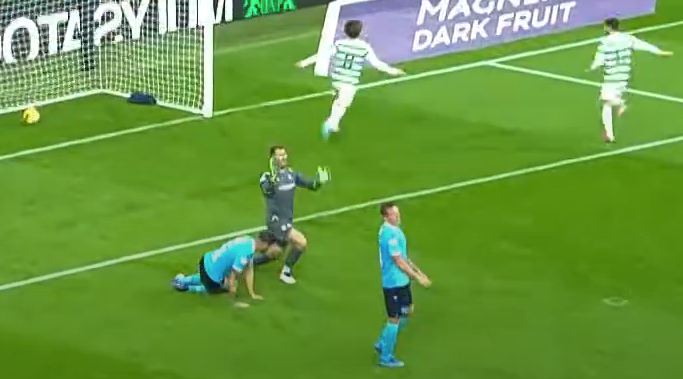 HERE WE KYOGO…new Celtic scoring hero Kyogo Furuhashi races away after completing his hat-trick with Liel Abada about to congratulate his team-mate.

“He was closing people down and that’s what he brings, that energy, and I think the other boys filtered off that.

“But I just think that, generally, our intent was good for the 90 minutes. We were relentless and didn’t take our foot off the pedal, so it was pleasing.

“We played some good football and also worked awfully hard. We started the game really well which set the tone and it was a good performance from the players. I’m delighted for them and they got their rewards for their hard work.

“It’s hard to single people out because the whole team worked really hard and there wasn’t one player out there who wasn’t trying to do the things that we’re trying to implement. 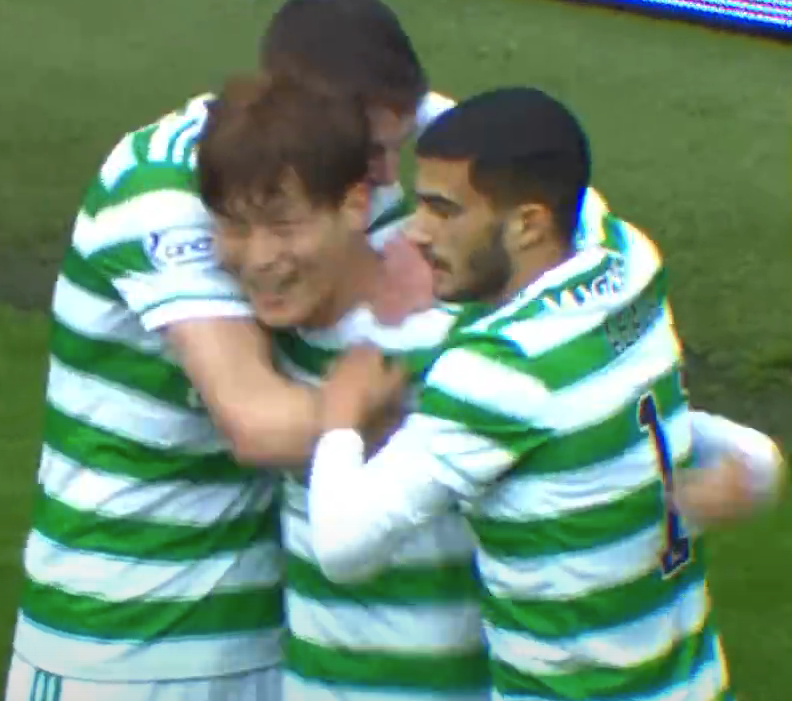 HAIL THE HAT-TRICK HERO…Kyogo Furuhashi is congrtaulated by Ryan Christie and Liel Abada after completing his trio of goals.

“I think the defence will be the first to say that it was our pressure further up the park that allowed us to defend in more aggressive areas and, again, nothing is isolated.

“If we play our football and also commit to our defensive intent, then we can keep clean sheets and also score goals.”

Postecoglou is now preparing his squad for Thursday’s return against Jablonec where a play-off place against Dutch side AZ Alkmaar awaits the winners.

Then he will switch his attention to the League Cup meeting with Hearts in Glasgow on Sunday which will give his players a swift chance to avenge their unfortunate opening-day Premiership loss at Tynecastle when the Edinburgh side claimed three points with a goal a minute from the end.