Celtic Quick News on News Now
You are at:Home»Latest News»POSTECOGLOU REVEALS EXPECTATIONS
By CQN Magazine on 17th May 2022 Latest News

ANGE POSTECOGLOU is not spending too much time resting on his laurels.

The 56-year-old Greek-Australian transformed Celtic from a bunch of also-rans to the best team in the country in a whirlwind season after his arrival from Japan in June.

The turnaround in the club’s fortunes has bordered on the unbelievable as he gave an ailing team the kiss of life after a campaign when they blew the opportunity of a tenth successive title and limped in without silverware for the first time in over a decade.

Postecoglou put down a marker in December when he guided the side to a Premier Sports League Cup triumph over Hibs at Hampden when his £4.6million recruit from Vissel Kobe, Kyogo Furuhashi, netted two goals in a dramatic second-half comeback. 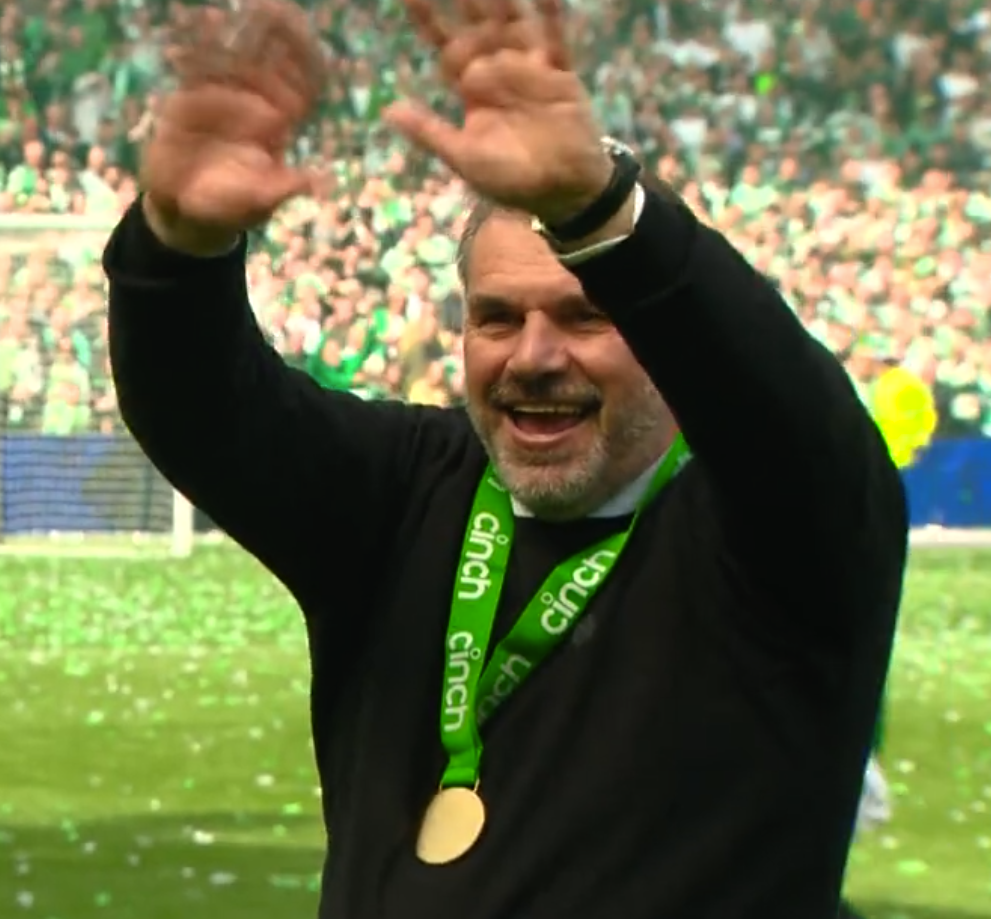 HANDS UP IF YOU’RE HAPPY…Ange Postecoglou celebrates on Flag Day in Paradise.

A double from another Japanese Bhoy, Reo Hatate, spurred the Hoops to a 3-0 derby win over Giovanni van Bronckhorst’s Ibrox visitors on February 2 to go to the Premiership pinnacle for the first time in a year and a half and they remained in pole position until they made certain in the 1-1 draw with Dundee United last week.

Postecoglou said: “It’s still kind of hard for me to comprehend it all.

“It’s been a remarkable year in many respects in terms of what we have achieved as a group. The ending on Saturday was perfect from our perspective.

“I just felt when I came to this club that I was given an unbelievable opportunity that I wasn’t going to pass up.

“I have worked my whole life to get to a club like this and I wasn’t going to allow it to slip through my hands.”

Postecoglou will now take a breather after an exhausting period in his life and said: “I will get a break. It’s a break in inverted commas as you never stop working. But I want to spend time with my family. 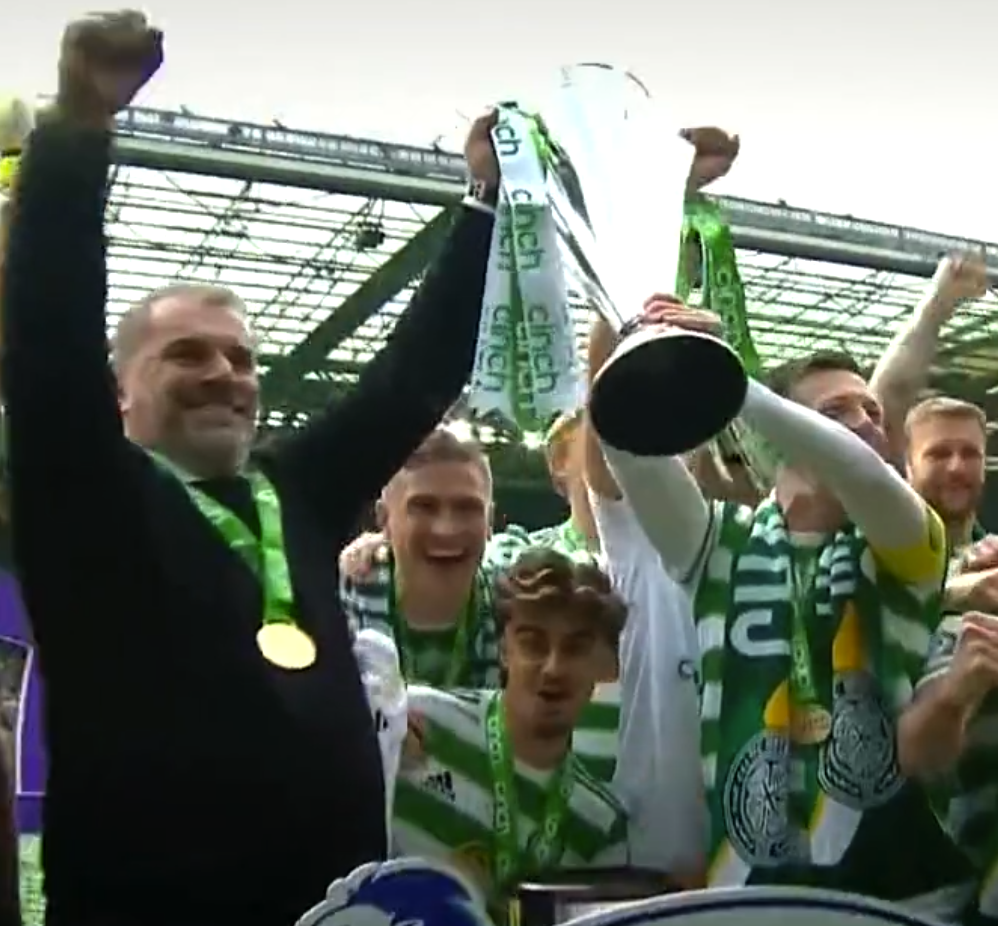 JUST CHAMPION…Ange Postecoglou and Callum McGregor hoist the Premiership trophy during the celebrations following the 6-0 win over Motherwell. Filipe Jota has a peek-a-boo moment.

“I have a responsibility there with two young boys and my wife gets on with real life while I do the fun bits.

“I want to spend time with them and I do need a break. I said during last week that it’s taken every bit of me this season.

“I came from Japan to Celtic and I have done a season and a half without a break.

“I need to recharge the batteries and what I do know is that the expectations at Celtic, and my expectations, will be to be better.

Postecoglou, speaking to the Daily Record, added: “I have always been driven by trying to create things that are special and being part of something that lasts.

“It’s one of the most famous clubs in the world, we will be playing in the Champions League next year and I can win trophies.

“I couldn’t be happier.”