DELIGHTED Ange Postecoglou revealed a chat with Kyogo Furuhashi and Filipe Jota that saw them earn their “rewards” as they combined to break down the Ferencvaros barrier yesterday.

The on-loan Benfica winger split the Hungarians’ defence with a breathtaking laser-beam pass that saw the Japanese striker take a touch on the run before rifling an unstoppable low drive into the net for the opening goal in the crucial 2-0 Europa League Group G victory at Parkhead yesterday.

It was a sublime moment that was well appreciated by the crowd of 50,427 who had managed to get to the game despite the unusual 3.30pm kick-off.

BREAKTHROUGH STRIKE…Kyogo Furuhashi fires in the opener against Ferencvaros. 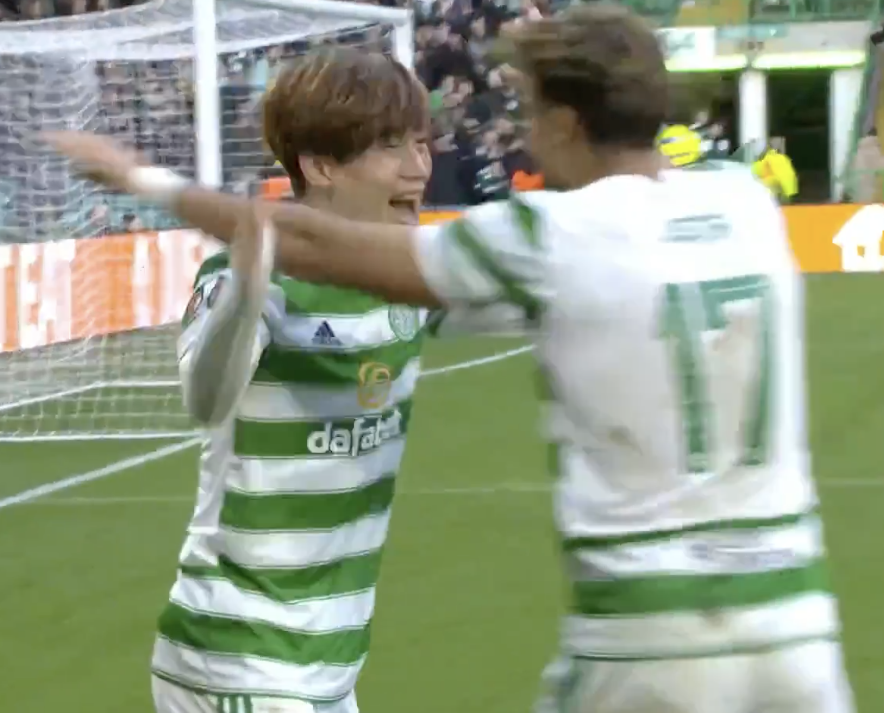 WHAT A DOUBLE-ACT…Kyogo celebrates with Filipe Jota after the exquisite pass and strike.

An own goal second – taken away from David Turnbull by UEFA – was the product of hard work, quick thinking and sharp tackling from skipper Callum McGregor to set the move in motion.

Postecoglou was beaming following the team’s first success in a highly-competitive section along with Real Betis and Bayer Leverkusen who meet in Seville tomorrow night.

The Greek-Australian said: “We started well, put them under pressure and controlled the game, it meant they had to work pretty hard in the first-half to stifle us, but we still created some good chances, didn’t allow them too much.

“We had a feeling they’d tire in the second-half because they were working so hard and it opened up for us. 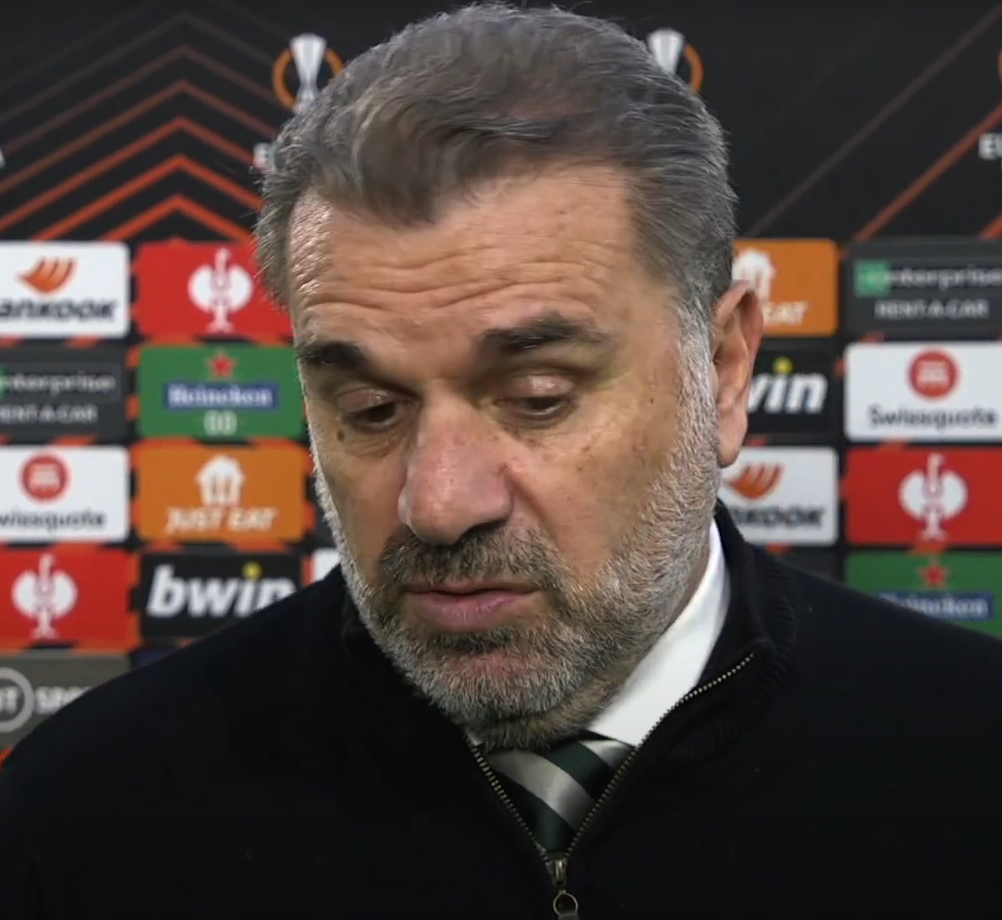 PENSIVE…Ange Postecoglou reflects on a job well done by his players.

“It was a brilliant first goal and we could have had a few more afterwards.

“Pleased for the players, they got their rewards. We were really disciplined, played our football and it was good to see.”

Postecoglou, speaking to BT Sport, added: “The first goal was a world-class move. They (Kyogo and Jota) are two talented players.

“I said at the weekend, we’re trying to play football that will suit those kind of guys and I think they appreciate that.

“The flipside is they’ve got to work pretty hard defensively. As I keep telling them, they’ll get their rewards with the stuff they love to do, but the pay-off is they have to work hard for the team.

“Defensively, both of them and Liel Abada did that on this occasion.”