ANGE POSTECOGLOU has revealed Celtic WILL strengthen the squad in the January transfer window.

The Hoops boss acknowledged new players will be sought as he continues his revamp, despite a dozen new faces arriving in the summer.

The absence of hamstring injury victim Tom Rogic has highlighted the urgent need for replacements in the crucial midfield area with the Australian playmaker ruled out of the games against Livingston at Parkhead today, Ferencvros in Hungary on Thursday and Dundee at Dens Park a week tomorrow, as CQN reported yesterday. 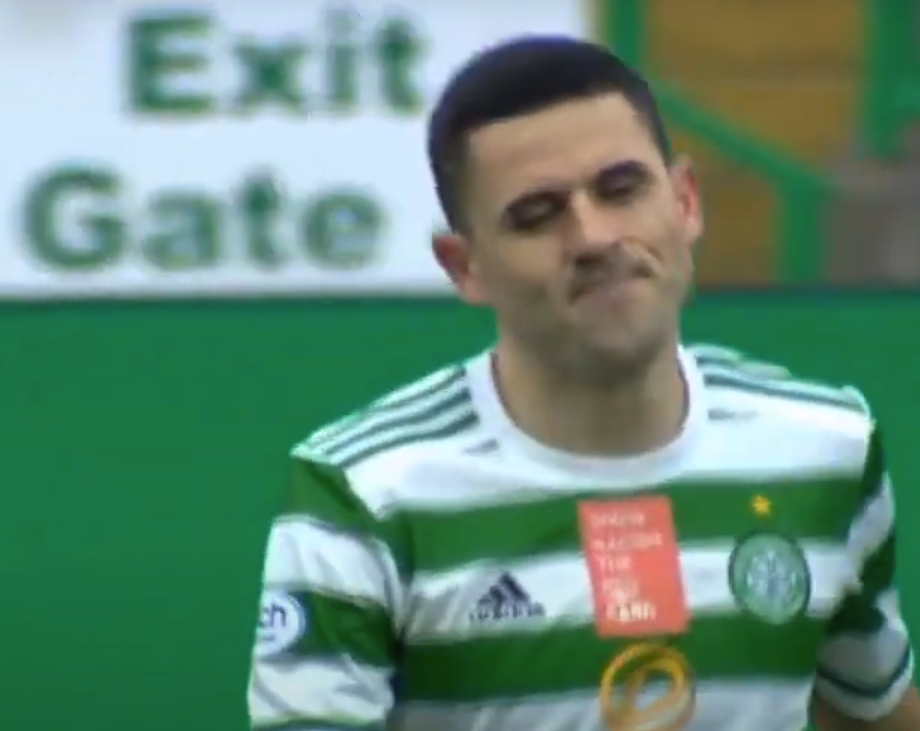 SIGN OF THE TIMES…injury victim Tom Rogic in action against St Johnstone a week ago.

Postecoglou acknowledged his former international player may be fit to take his place in the team after the upcoming World Cup break with the Premier Sports League Cup semi-final against holders St Johnstone due at Hampden on Saturday November 20.

The Greek-Australian gaffer said: “We got Tommy’s hamstring scanned and it looks like he will be out for around three weeks.

“Hopefully, the rehab goes well. If it does, then he will be ready for the resumption after the international break.

“We have the semi-final when we return, so it would be ideal if he could be back for that.

“We will have a look at it and we do have some options. I don’t think there is any need to change our set-up at all. 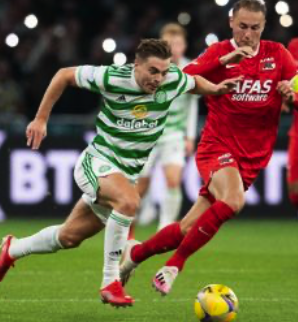 ON THE BALL…James Forrest in action aganst AZ Alkmaar in August.

“Callum McGregor has played there before, Jota has the capabilities and we have a couple more options. Short-term, I think we can find solutions there.

“Long-term, I think it’s an area of the park where we probably need reinforcements and, hopefully, we can do that in January.”

James Forrest has been out since mid-August through injury, but Postecoglou, speaking to the Daily Record, added: “He has trained well this week and is available for Livingston, but I need to decide whether to include him or not.

“If not, then he will definitely be involved on Thursday. It’s good to have him back.”