Celtic Quick News on News Now
You are at:Home»Latest News»POSTECOGLOU TO DEAL IN KEEPER
By CQN Magazine on 23rd November 2021 Latest News

CELTIC back-up keeper Scott Bain is poised to sign a contract extension at the club.

The three times-capped Scotland international netminder’s current deal runs until June 2023, but the Hoops are likely to extend that by two years at least.

Bain has played only two first-team games this season – both 2-1 defeats against FC Midtjylland in Denmark and Hearts in Edinburgh – with £1million arrival Joe Hart, the former England No.1, taking over in the 4-2 win over FK Jablonec on August 5. 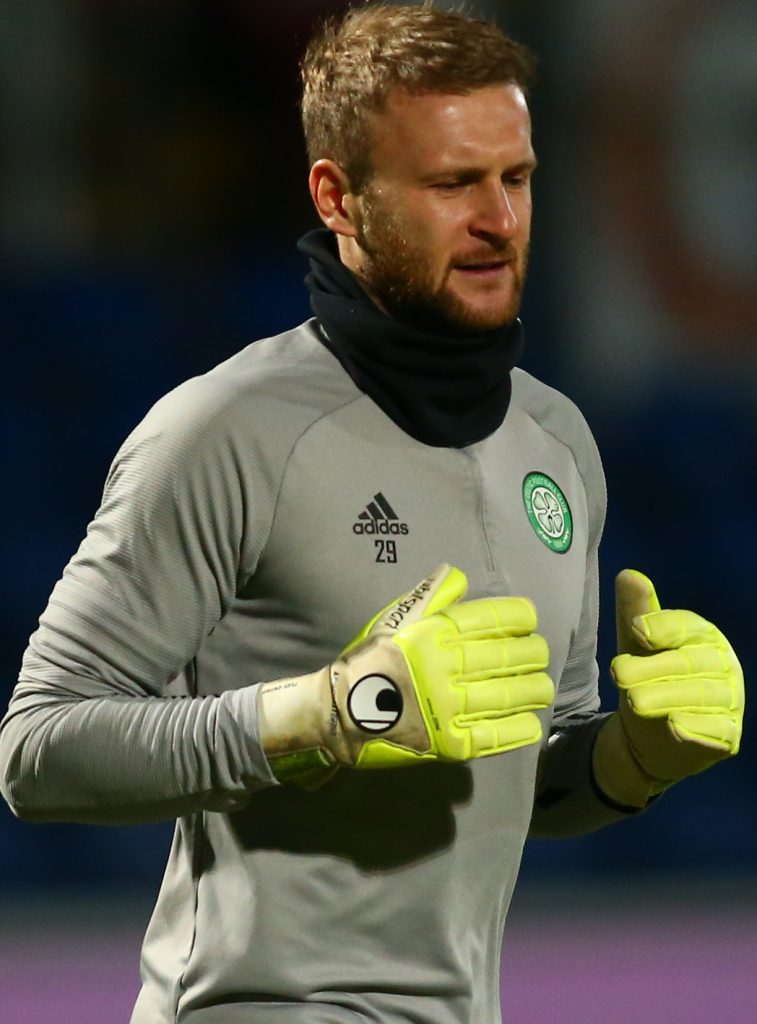 GLOVE AFFAIR…Scott Bain is ready to extend his stay at Celtic.

The 34-year-old shotstopper, who made 75 appearances for his country, agreed a three-year contract and has now played 23 successive matches.

Hart will again be between the sticks for Thursday’s 5.45pm kick-off against Bayer Leverkusen in the crucial Europa League Group G encounter at the BayArena.

Bain, 30, will be on the substitutes’ bench again and boss Ange Postecoglou has been impressed by the former Dundee keeper’s attitude and is ready to reward him with an extension to his current terms, according to a report in the Scottish Daily Express.

Captain Callum McGregor and full-backs Anthony Ralston and Greg Taylor have already signed enhanced contracts in recent months and the stand-by custodian is about to follow their example. 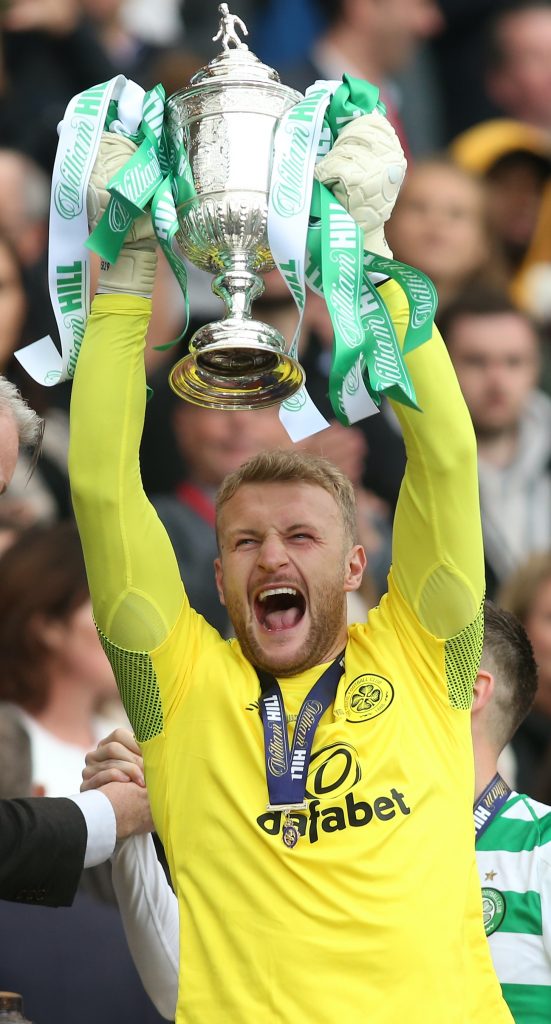 HAPPY DAZE…Scott Bain holds sloft the Scottish Cup in 2019 after the 2-1 win victory over Hearts to complete the treble treble.

The news will further trigger reports Vasilis Barkas’ days are numbered after his far from convincing performances since his £4.5million arrival from AEK Athens last summer.

The Greek started the season as the man in charge as Postecoglou insisted it was a new start for everyone following his appointment as Neil Lennon’s long-term successor in June.

However, Barkas had a howler in the first leg of the vital Champions League qualifier against the Danes and blundered at their equalising goal after new Bhoy Liel Abada had thumped the Hoops into the lead.

The flop was axed immediately has not figured in a competitive outing since then with the club likely to offload the most expensive last line of defence in their history during the January transfer window, either on loan or in a permanent deal.

Bain was signed by Brendan Rodgers from the Dens Park club as a free agent in 2018.