ANGE POSTECOGLOU sampled defeat in his Glasgow derby debut when Celtic failed miserably once again to defend a set-play.

Odsonne Edouard, in what could be his last game for the club, lamentably missed a gilt-edged opportunity in the first-half and, with the Hoops trailing to a 68th-minute goal, Kyogo Furuhashi saw two efforts blocked by rookie keeper Robby McCrorie as the visitors attempted to claw something back.

Over the 90-plus minutes, the statistics show Postecoglou’s men enjoyed 67 per cent of possession and virtually dominated the first-half.

At the end of a miserable afternoon in Govan, though, they fired blanks as the side lost the fourth of their five away games this season.

This latest Premiership setback follows Champions League elimination against FC Midtjylland 2-1 in Denmark, 2-1 to Hearts in Edinburgh and 2-1 to AZ Alkmaar in the Netherlands. The only success has come in the 4-2 Europa League qualifying victory over Jablonec in the Czech Republic. 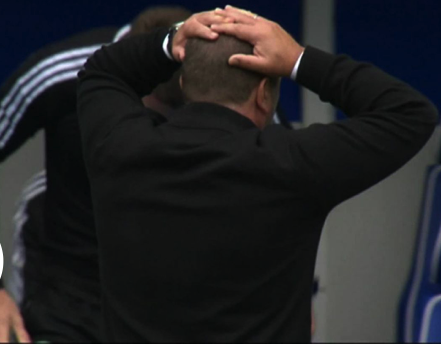 OH NO…Ange Postecoglou turns away with his hands on his head after Odsonne Edouard’s horror miss.

The team went into the Ibrox encounter on the back of five consecutive successes in the east end of Glasgow.

But travel sickness hit them when the team proved they cannot cope with deadballs when Borna Barisic fired in a right-wing corner-kick and Filip Helander was allowed the freedom of the penalty area to rise and plant a header past valiant keeper Joe Hart who got a touch, but failed to divert the ball to safety.

Questions will yet again be asked of the team’s fear of the set piece and the part played by central defenders Carl Starfelt and Stephen Welsh.

Postecoglou said: “It was disappointing. It was a tight game, a typical derby game where there were not a lot of chances and not a lot of open space.

“The first goal was going to be critical and unfortunately we had an opportunity to do that and we didn’t take it – and they did.

“It’s disappointing and something we need to make sure, especially in these big games, when the moment arrives we’re ready to take it.” 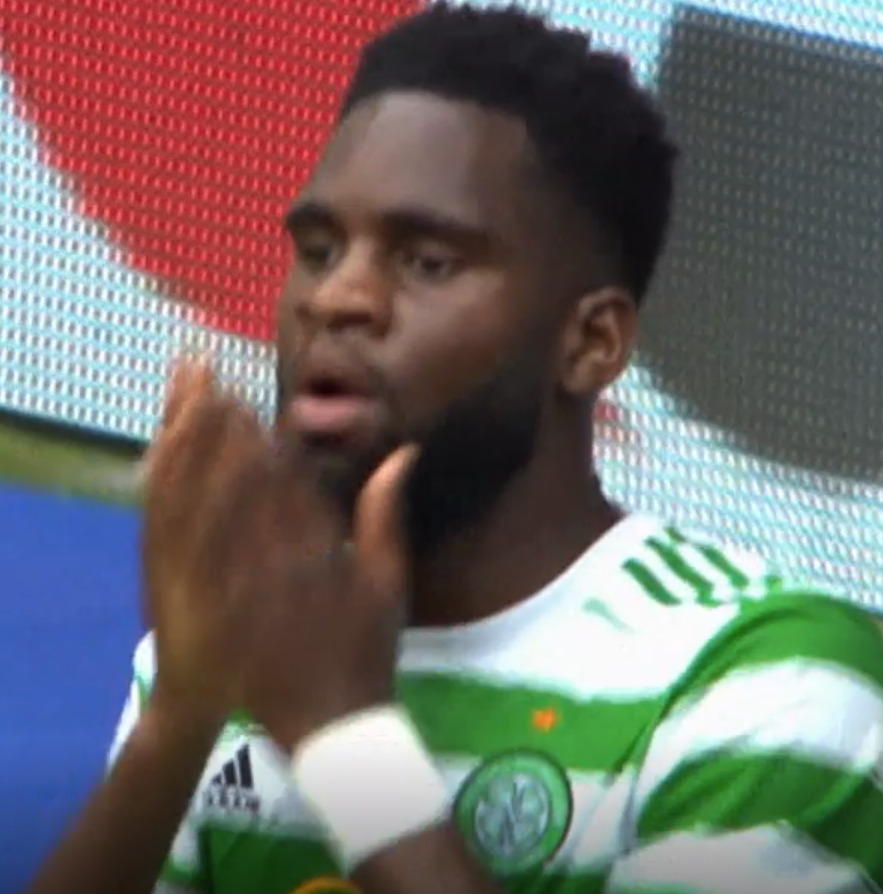 Hart, Starfelt, Liel Abada and Kyogo were also playing in the city encounter for the first time while Josip Juranovic was making his initial Hoops appearance since his £2.6million arrival from Legua Warsaw a few days ago. The natural right-sided defender was fielded at left-back in place of the injured Greg Taylor and he clearly did not look comfortable in an unaccustomed role.

Adam Montgomery came on late in the game to add natural width on the left flank, but by then it was too late.

Postecoglou, speaking to Celtic TV, added: “It’s been that sort of month where we’re signing players and throwing them in.

“Obviously, left-back is not Josip’s natural position, but he did okay and the most important thing was he got a taste of it and understands the football here and the way we want to play, so he’ll be better for it.

“I’m keen to get to the end of the window so we can settle the squad down and do some work with the players.

“The other side of the window, we’ll know what squad we’ll have and what players are in the picture for us moving forward. We can build on that.”