ANGE POSTECOGLOU is looking positively to the future with Celtic United.

After some frantic wheeling and dealing in a short space of time since arriving in June, the Hoops boss can really begin to put a squad together without having to look over his shoulder at a player heading for the exit.

Postecoglou has brought in quality in the likes of Kyogo Furuhashi, Liel Abada and Joe Hart and others such as Josip Juranovic, Filipe Jota, Liam Scales Giorgos Giakoumakis will be given the opportunity to show why they were brought to Parkhead. 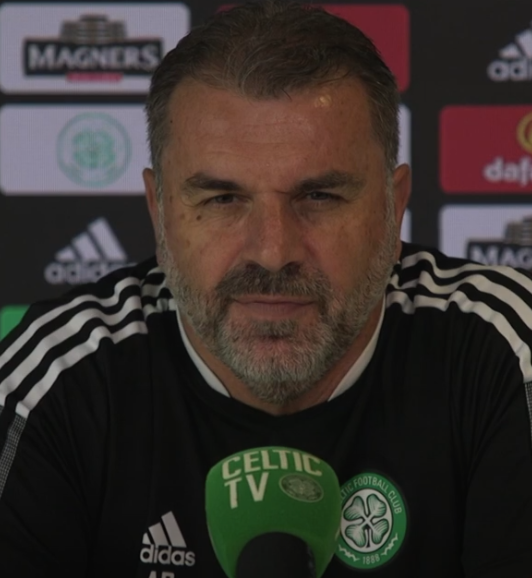 FOCUSED…Ange Postecoglou delivers his verdict at the media conference.

Odsonne Edouard, Kristoffer Ajer and Ryan Christie, a trio who made it clear they saw their futures away from Glasgow, have finally departed to allow the Greek-Australian to concentrate on a squad focused on the here and now at a team determined to get back on track after last season’s inexplicable derailment.

As he prepares for a future without the some regulars, Postecoglou said: “It does change the dynamic. I wouldn’t say there were people here who didn’t want to be here, I would just say there was uncertainty and wherever there is uncertainty it doesn’t help in trying to build something.

“I’m trying to talk to the group about the future, what we’re building and where we’re heading. If there’s uncertainty about whether people are going to be a part of that, it’s something that affects the players themselves who might be thinking that way about their own futures. Or they might not be sure on what the club’s stance on their future would be.

“Having gone through the window now, the players know: ‘Right, okay, here we are, we’re all in this building and we’re moving together’.

“That helps just moving forward to accelerate those things. 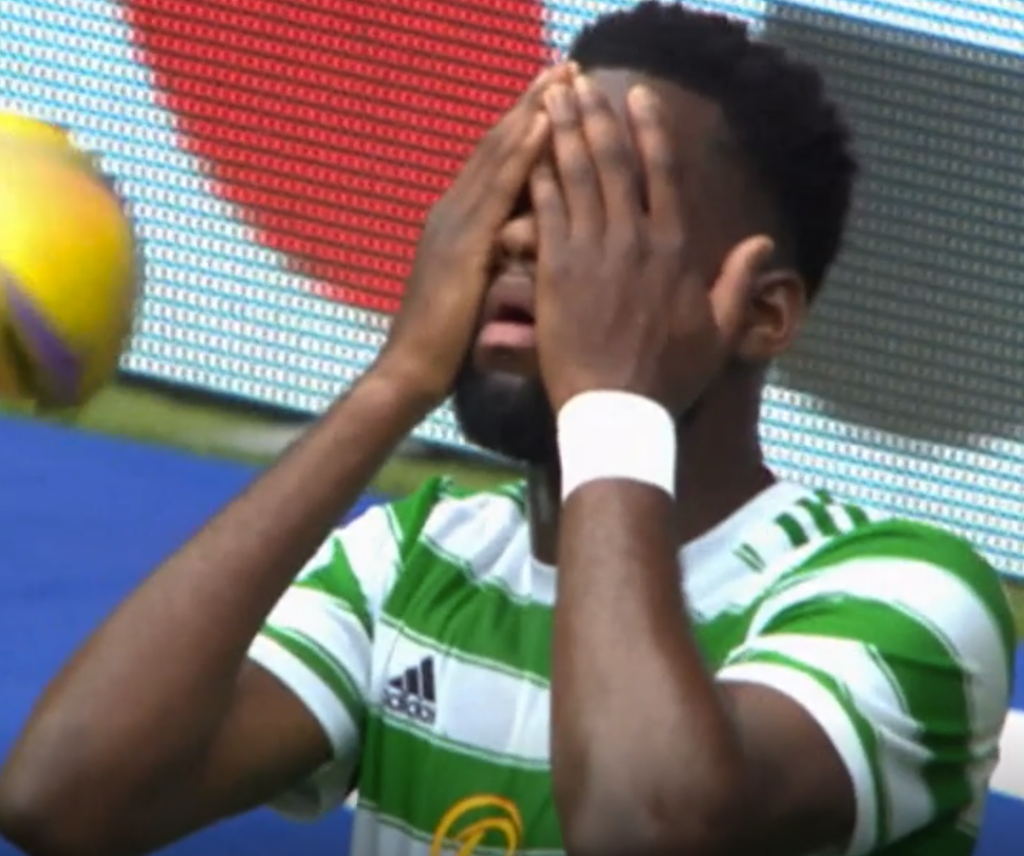 “I never sensed the ones who left didn’t want to be here. While they were here, they gave everything they could. But when there is uncertainty it’s hard to be committed to something beyond what’s in front of you on that day.”

Postecoglou, gearing his side for today’s Premiership visit of Ross County, continued: “Here it was quite evident to whoever was coming in there was going to have to be a fairly big turnover of players.

“By the end of the window, we’d brought in 12 which is probably too many in one window, but it had to be done.

“There was a realisation the team had sort of come to the end of the cycle and a new cycle needed to begin.”

The Hoops gaffer also praised captain Callum McGregor who been pivotal in bringing the assembly of arrivals together.

Postecoglou, speaking to the Daily Record, added: “Cal has been fantastic. It’s been a real challenge for him because he’s not only new to the role, he’s inheriting a whole new group of players. 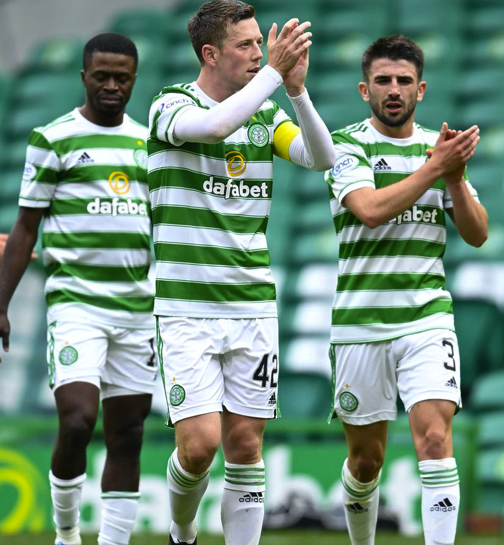 “It’s not like he’s inheriting the role and there’s a settled group who know how things go at the club. He’s putting his own stamp on it, which is great and the players are responding to that.

“Others have stepped up as well, guys who have been here for a while, like Nir Bitton and Tommy Rogic, the ones who have lived this experience and seen an opportunity for leadership in different ways.

“Even some of the new guys – like Joe Hart – understand this is not just one person trying to create a culture. It’s about all of them contributing to the kind of environment they want in the dressing room and on the field.

“There’s a nice freshness about it and they’ll shape in the way they want in relation to their personalities.”