ANGE POSTECOGLOU promises there will “there will always be an open door” for Scott Brown to return to Celtic.

The legendary Hoops skipper, who won an astonishing 22 honours in 14 spectacular years in the east end of Glasgow, is on the look-out for a new club after his contract was scrapped by Aberdeen earlier this week.

Thirty-year-old Brown still had something like 15 months to run on the deal he agreed when he left Parkhead nine months ago to take up a player-coaching role at Pittodrie alongside his former Hibs team-mate Stephen Glass.

However, the rookie boss was sacked after the Dons were knocked out of the Scottish Cup at Motherwell last month and the one-time Scotland international captain has joined his friend in exiting the north-east outfit. 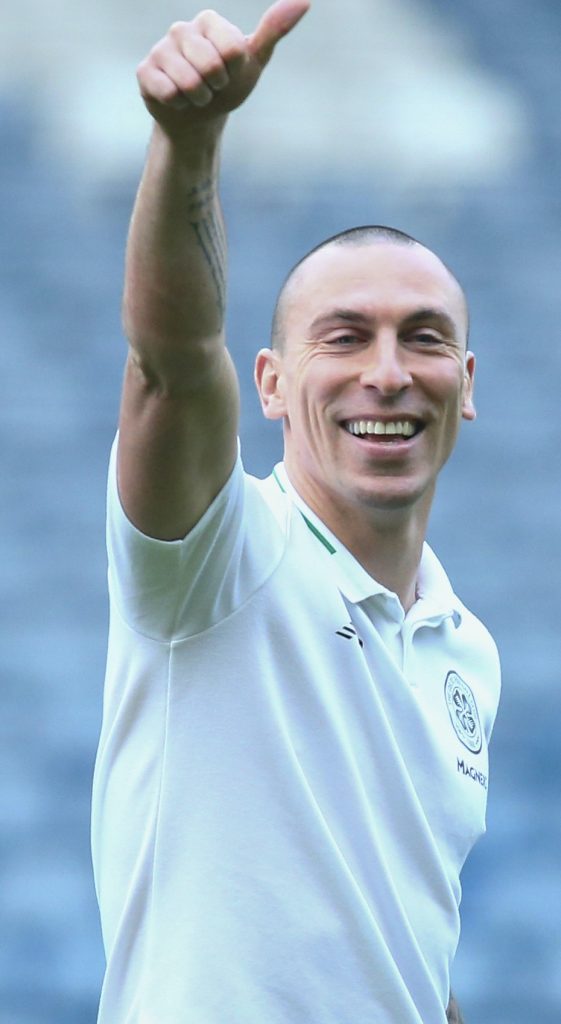 THUMB’S UP…Scott Brown in a happy moment as Celtic captain.

Asked about reports linking the former onfield leader with a remarkable return to the club, Postecoglou answered: “From my perspective, I don’t think anyone should be in any doubt that there will always be an open door here for Scott Brown.

“The guy is one of the legends of this football club and will go down as one of the greatest ever.

“In terms of what he wants to do with his future, he’s best placed to answer that.

“He’s obviously made a decision right now and then after that, it’s up to him.”

Postecoglou, speaking to Sky Sports News, added: “From my perspective, he’s a guy who I’ve admired from afar, but having been here for the last nine months and hearing about him and the kind of person he was – as much a footballer – he’s left a massive legacy here at the football club.

“From that perspective, whatever he does in the future I’m sure there will always be a welcome place for him here.”

The Hoops boss has given his players a well-earned rest today, but they will be back at Lennoxtown tomorrow and Sunday as they prepare for the Scottish Cup quarter-final against Dundee United at Tannadice tomorrow night.