ANGE POSTECOGLOU gets the opportunity to show how far Celtic have been transformed as he prepares for the visit of Ross County at Parkhead on Saturday afternoon.

The manager has been involved in a frantic period of wheeling and dealing in the transfer market since his June appointment after it had become obvious a new squad was required in a revamp of a player pool that had nosedived so dramatically the previous season.

Last season, the Highlanders inflicted two massive defeats upon a Celtic side in their inexplicable fall from grace which went a long way to the managerial door opening for the Greek-Australian and the departure of Neil Lennon. 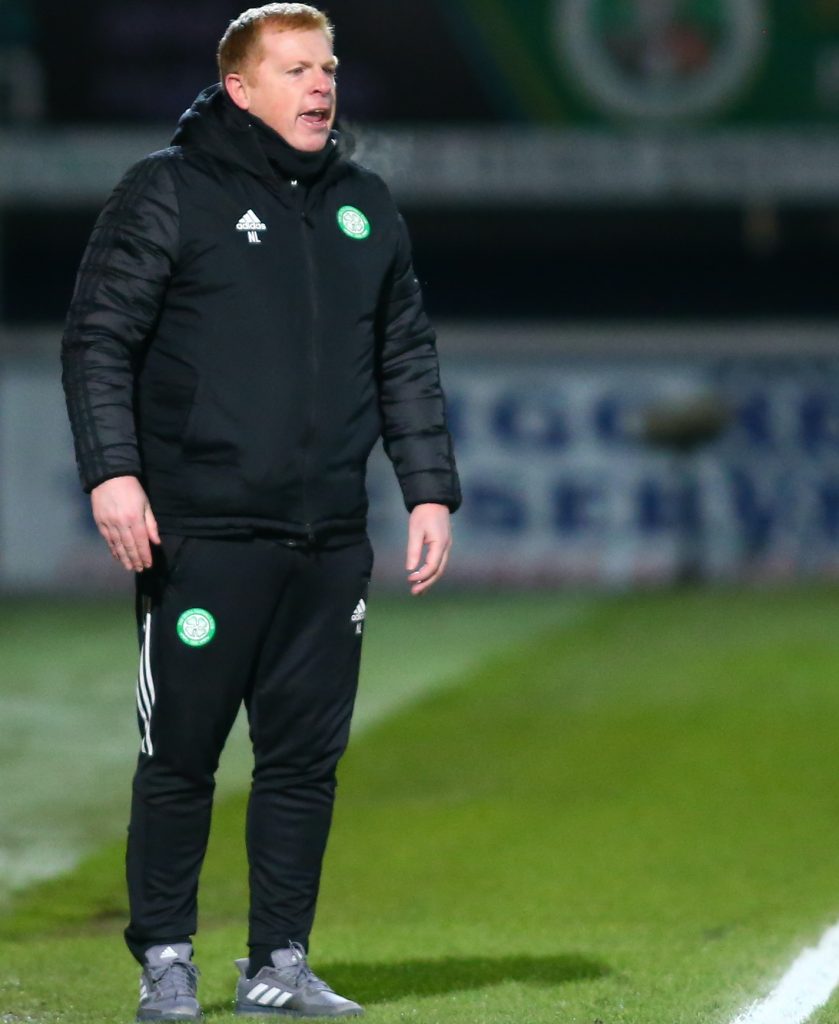 County ended the Hoops’ phenomenal sequence of THIRTY-FIVE successive wins in domestic knock-out trophies when they arrived in Glasgow on November 29 last year without a league victory since September 19 when they defeated St Johnstone.

They weren’t given an earthly against the team that had claimed the tournament’s silverware on the previous four campaigns.

Astoundingly, the visitors returned with a 2-0 success over a tame home side – a loss that sparked a furious reaction from the fans afterwards.

A first-half penalty-kick from Ross Stewart and a header from Alex Lacovetti six minutes from time – the unchallenged defender scoring with a 12-yard header from a right-wing corner-kick against a static defence.

As CQN wrote in the match report on the day:

An end of a glittering era on the domestic front came to end with a pathetic whimper. Changes need to be made. URGENTLY.

Of the 15 Celts utilised on that fateful, grey afternoon in the east end of Glasgow, NINE players have since left the club: 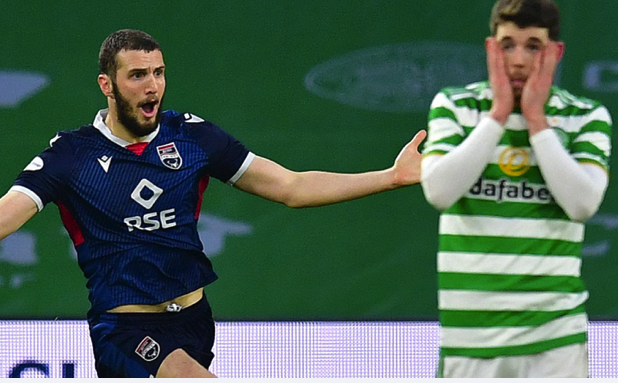 Still at the club are Vaslis Barkas, now relegated to third in the pecking order, Christopher Jullien, who has been unable to feature this year with his complicated knee injury, Nir Bitton, Callum McGregor, Tom Rogic and Albian Ajeti.

That is an amazing turnover inside a year for any club.

Unfortunately, Celtic proved they had not learned from mistakes against County and they feebly collapsed again in Dingwall on February 21 when they took on the side who were rock-bottom of the Premiership at that stage.

It didn’t stop them winning 1-0 when Jordan White was allowed the freedom of the Highlands in the 71st minute to race on to a left-wing free-kick and thump a header beyond the rooted Scott Bain for the only goal of a drab encounter against soulless opposition. 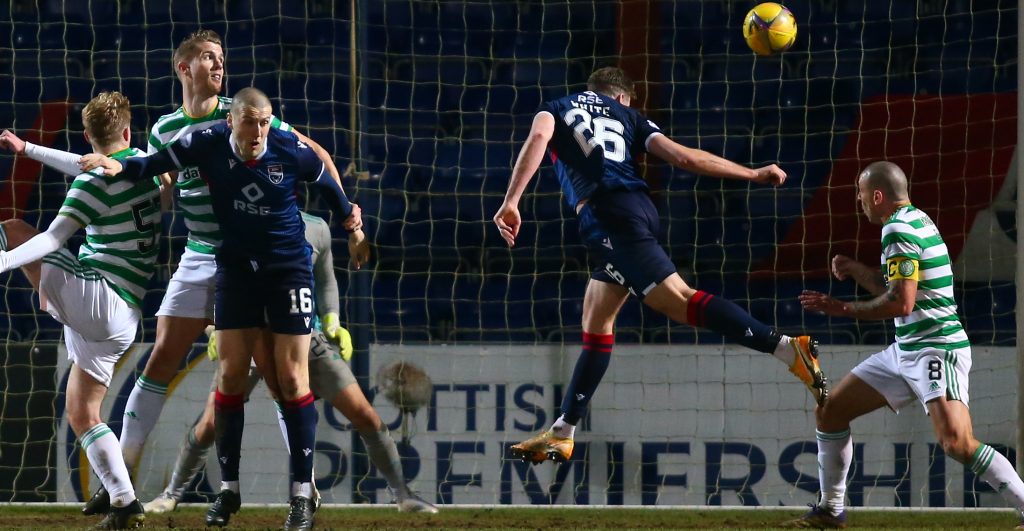 HEADING FOR A FALL…Jordan White finds an alarming gap in the Celtic defence to bullet in the winner in February.

Two days later, beleaguered Lennon made his exit and John Kennedy was put in charge for the remaining 10 games of a trophyless campaign, the first time in 11 years the club had failed to pick up silverware.

Eight of the 14 players on display that evening have departed – Jonjoe Kenny, Leigh Griffiths, on a season-long loan to Dundee, Ajer, Laxalt, Brown, Christie, Elyounoussi and Edouard.

On Saturday, Celtic fans will be able to gauge for themselves how the Postecoglou whirlwind has improved the squad.

In their previous two Premiership games at Parkhead, the new manager has seen his side beat Dundee and St Mirren 6-0 on each occasion.

The Ross County defence could face an altogether different Celtic threat at the weekend.