ANGE POSTECOGLOU is in no doubt of the challlenge he faces as new Celtic boss.

The Greece-born former Australia international manager acknowledged a “fairly extensive” rebuild is ahead as he prepares the fallen champions for the season ahead.

Postecoglou, 55, was impressively candid and straightforward during his first media conference this afternoon as he mapped out the route ahead for himself and the team.

He was forthright as he delivered answers to the questions fired at him. 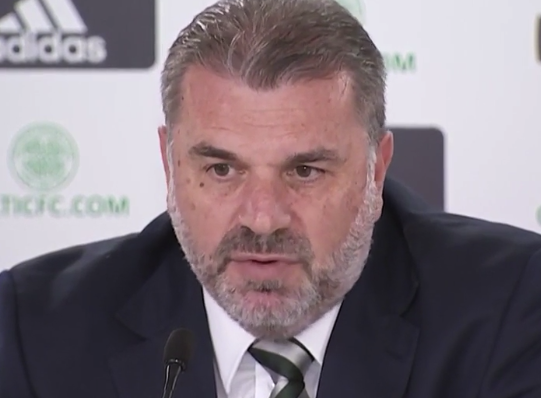 “I guess what I bring is maybe a different perspective. I’ve had a different journey from many others. Most of my career has been spent on the other side of the world and in internationals.

“Every team I’ve coached has had a very clear identity. I think that was one of the reasons I was chosen. In my 25 years in coaching, my teams have always played a certain way.”

“It’s fairly extensive. It is a season of change. But after a period of success and what happened last year, it was always going to be a period of change.

“I see it is an opportunity to make changes in the direction I want.

“We’re working very hard but with the players we have existing, they will all be treated on merit. For the ones coming in, we’ll bring in ones who will fit.” 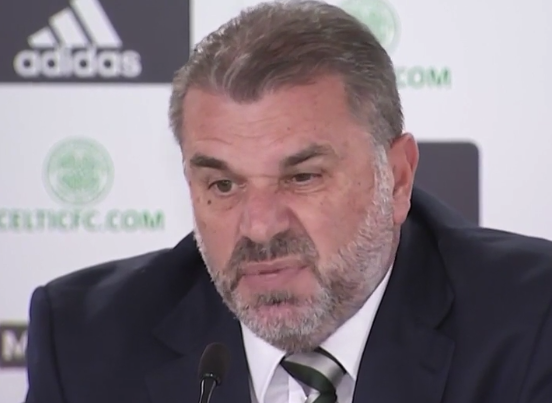 ON NOT BEING FIRST CHOICE:

“You’re assuming I was second choice. I might have been fifth choice. I don’t know.

“It doesn’t really bother me. What’s important is that I’ve been given this opportunity.”

“As a manager, you always get opportunities where there is a massive challenge. I’ve been at places where things weren’t running smoothly and it’s been up to me to get the team playing well. I understood that before I got here. I’m not really looking at gains that we have to make over last year, I’m looking at the football we play.

“If we get the fundamentals right, if we play our football, we’ll have a good chance at success. For me, that’s a day-to-day proposition. Every club I’ve managed, the focus has been on making sure every day we’re getting better. At the end of the race, we’ll lift our heads and, hopefully, we’re in first place.” 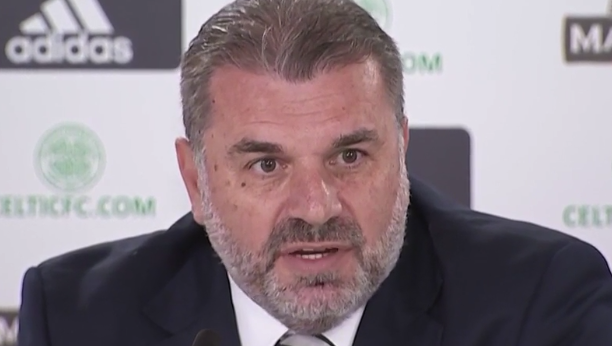 “If I didn’t want pressure, I would have stayed coaching at my local club with my friends.

“I am truly humbled and incredibly excited to be the manager of Celtic Football Club.

“Celtic is very well known on the other side of the world. I read the stories of the Lisbon Lions and Jock Stein. I’m very familiar with the club and I’m not alone in that. It’s been a dream of mine to manage in Europe.”

“I gather there was a mixed response when I was announced, but 100 per cent of fans will want me to be successful.

“My role is provide a football team they will be proud of. I can’t wait to experience the fans at first hand.

“We want to be aggresive, score goals, not fear any team and dominate games. I hope this place is rocking and people don’t sit down for 90 minutes. We won’t go into games fearing any opponent.

“I want my team to play football everyone talks about. If we do that, we’ll be well on our way to success.” 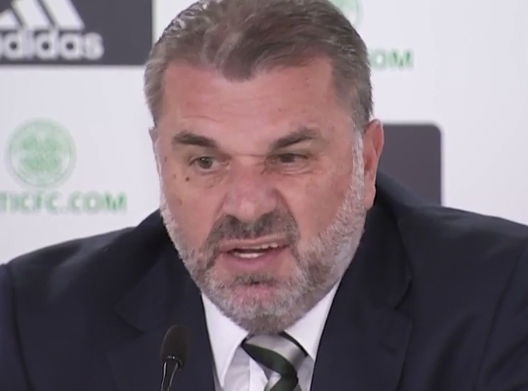 “I haven’t spoken to Kris Ajer or Odsonne Edouard. I will have discussions with them. We will make the best decisions for the football club.

“With the players we have existing, they will all be treated on merit.”

As well as Edouard and Ajer, the new gaffer will, of course, have to deal with Ryan Christie who is now permitted to talk to interested clubs with his contract being running out at the turn of the year. Whoever accepted that situation with a deal expiring in the middle of the season should have explain their decision.

Postecoglou will be talking to Leigh Griffiths who will become a free agent on Thursday and there is also the delicate situation concerning Boli Bolingoli who was packed off to Turkey after his secret trip to high-risk Spain in August. The Belgian left-back still has two years to run on his deal and the incoming gaffer will have to make a decision on his future.