NEIL LENNON revealed there was no way he would knock back Celtic when he was offered the job a year and a day ago.

The Irishman returned to the club in the dramatic fall-out following the sudden and unexpected departure of Brendan Rodgers to Leicester City.

Lennon was pitched in at the deep end with a vital Premiership encounter against Hearts at Tynecastle due 24 hours later.

But the former club captain, bought to Parkhead for £6million by Martin O’Neill in December 2000, didn’t hesitate when chief executive Peter Lawwell made the call.

Lennon, now 48, told the Scottish Sun: “It was the Celtic job. If you have been asked to take it, you take it. Trust yourself, go with it. 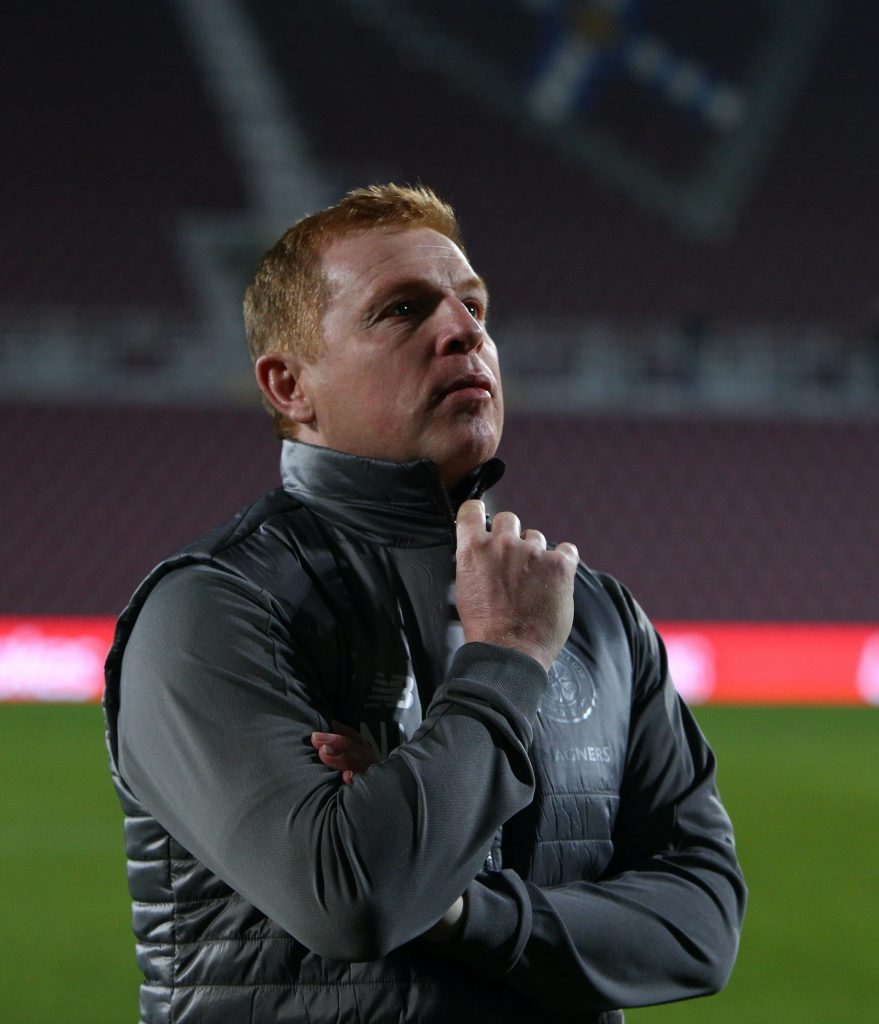 CAPITAL COMEBACK…Neil Lennon before the game against Hearts a year ago.

“I think when an opportunity like that comes along you don’t knock it back, you take it. If you fail, you fail. If you succeed, brilliant.

“I didn’t have much time to think about it, anyway. I really don’t know what else I’d be doing. Sitting in the stand? Sitting at home watching it on TV? No, it has been very fulfilling so far.

“It was a big undertaking, the timing of it. Going in on your own, as well, it was a big task. The pressure was enormous.

“It was a real character build for me, too, but the players were great.”

Lennon reflected on his return: “Don’t go in and knock the china over. That’s what was in my head when I came back.

“Just let it go and adapt to the way the club works and the  players work. They were in a good position, a strong position. 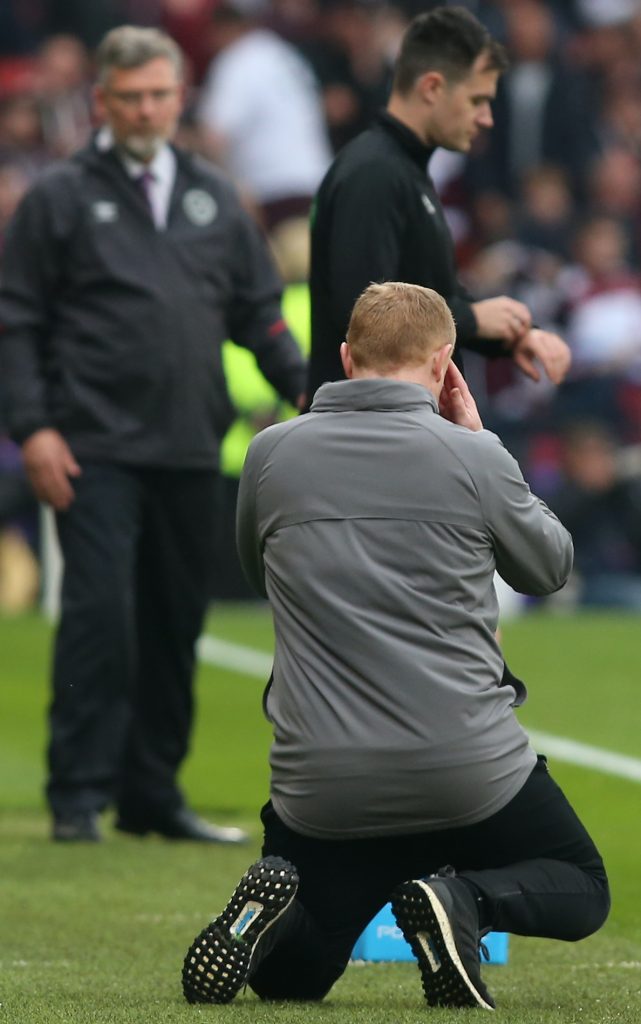 HAMPDEN RELIEF…Neil Lennon sinks to his knees at the final whistle following the 2-1 Scottish Cup triumph over Craig Levein’s Hearts.

“They had already won the League Cup and were in the quarter-finals of the Scottish Cup. You listen to John Kennedy, talk to Stevie Woods, get to know the players as you go along.”

Lennon, preparing for tonight’s Europa League last-32 second leg against FC Copenhagen following the 1-1 draw in the Danish capital a week ago, continued: “To win the Scottish Cup Final in the manner they did trumped everything, really. It was just a fantastic way to do it. The year has been really enjoyable.

“It’s never the same as your time as a player when you go back as a coach then manager and back again.

“The game evolves, personnel change, the club has changed, whether it be at Lennoxtown or at the stadium.

“We have moved on with new technologies. We live in an age now of social media.

“That has needed a bit of adapting to, as well. I have good coaches around me and that has helped me with what was going on behind the scenes.” 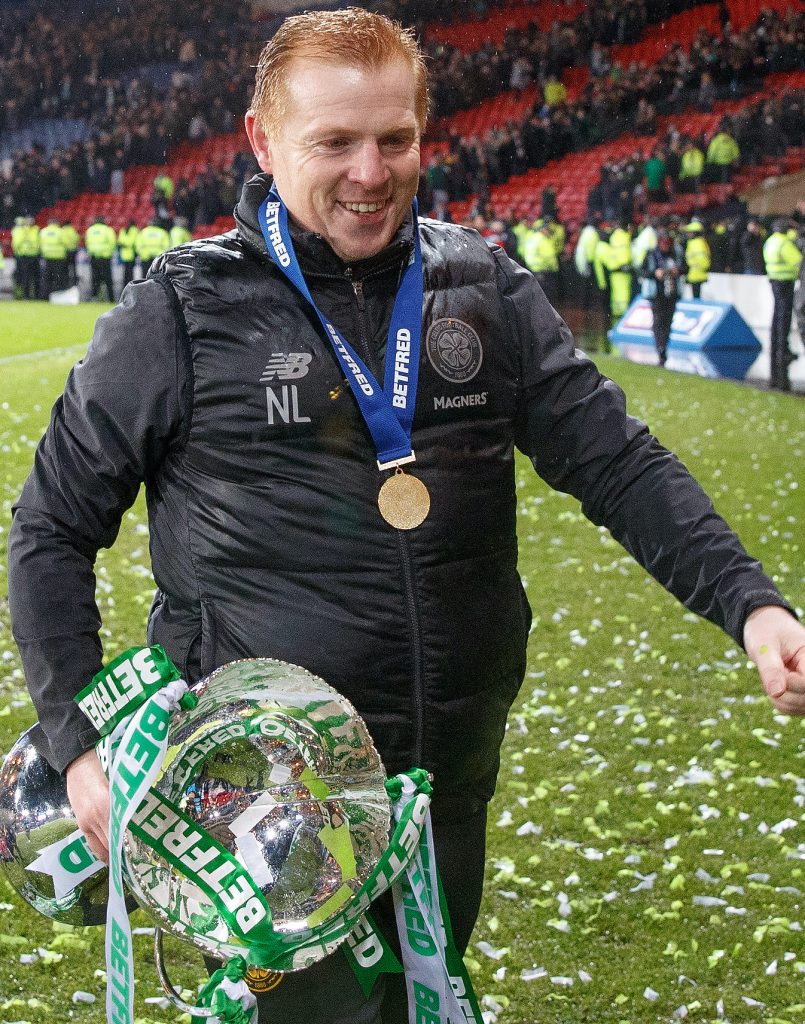 Looking at the tie against the Danes, Lennon insisted the Hoops will not be complacent. He added: “No chance. You can’t take any opposition lightly.

“Copenhagen have a good  manager, who’s very experienced and has been doing the European bit for a long time now.

“You could see that in the second-half last week when they put us under pressure.

“Copenhagen upped their game and gave us a lot of problems. They had good rotation in midfield and their strikers were big and powerful.

“They gave us a lot of problems and we became passive. We’re going to need to be more aggressive in our pressing and our work rate in this game.”