ANTHONY RALSTON may have been surprisingly overlooked by international boss Steve Clarke, but the defender hasn’t had time to dwell on the snub as he admits the pressure at Celtic is relentless.

The 23-year-old right-back made a late substitute’s appearance in the 2-0 win over Denmark at Hampden in November and may have expected to be at least involved in the squad for tonight’s friendly against Poland at the national stadium and the away match against either Wales or Austria on Tuesday.

Clarke, though, left the Hoops star out of his pool and that has allowed rejuvenated Ralston, who has made 40 first-team appearances in Ange Postecoglou’s debut campaign, to concentrate completely on club duties. 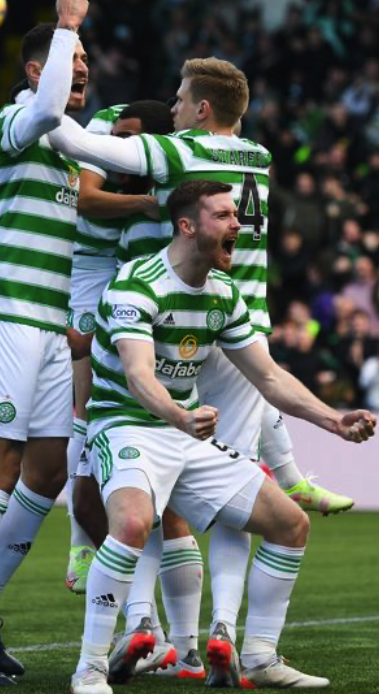 The powerhouse back-four operator admitted: “We’ve got games coming up after the international break and we’ll be hoping the boys who are away all come back fit and healthy and we can kick on in the last bit of the season.

“The pressure’s never off. You hope to hold your own goals both as a team and individually and always put that pressure on ourselves to achieve everything that we want to.

Ralston and his team-mates are preparing for their return to Premiership action with the team three points ahead with seven games to go in their quest to win their tenth title in 11 years after last season’s spectacular and inexplicable fall from grace. 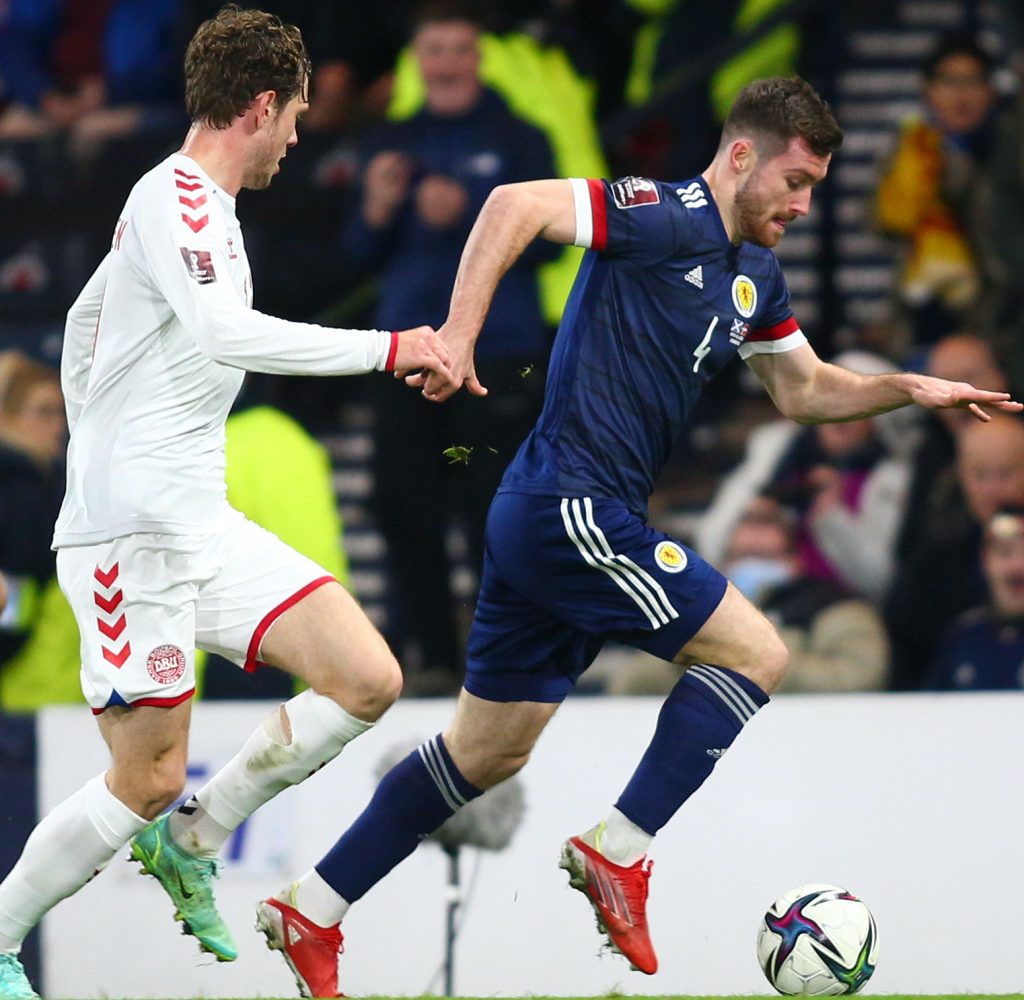 SCOTLAND THE RAVE…Anthony Ralston in action on his international debut in the 2-0 win over Denmark in November.

There is also a Scottish Cup semi-final against Giovanni van Bronckhorst’s Govan side to overcome on Sunday April 17 as they set their sights on a May 21 return for a grand finale at Hampden, scene of their 2-1 victory over Hibs in the Premier Sports League Cup Final in December.

Ralston, speaking to the Daily Record, added: “My aim is to play for my national team. That’s something everyone strives to do.

“That’s not to be at the minute, but I’ll keep my head down and keep working both in training and in the games that I play, then hope that one day I can be involved in the national team again.

“My main aim is to play for Celtic, obviously, and to do my best for them and the team, then, hopefully, the national team will come with that in the future.”