CRAIG GORDON plans to celebrate his Player of the Year award by stalling Celtic’s title party.

The former Hoops keeper has been named the SFWA’s top man – beating Callum McGregor and Cameron Carter-Vickers to the honour – and he aims to show his qualities once more when he leads out Hearts at Parkhead for their High Noon showdown on Saturday.

Ange Postecoglou’s men need to win to go nine points ahead with only two matches to play while their nearest challengers take on Dundee United at Ibrox 24 hours later.

However, 39-year-old Gordon is determined to shut out Kyogo and Co to make certain his old club still have it all to do when they travel to Tannadice to lock horns with Dundee United the following midweek before the curtain comes down when Motherwell visit the east end of Glasgow three days later. 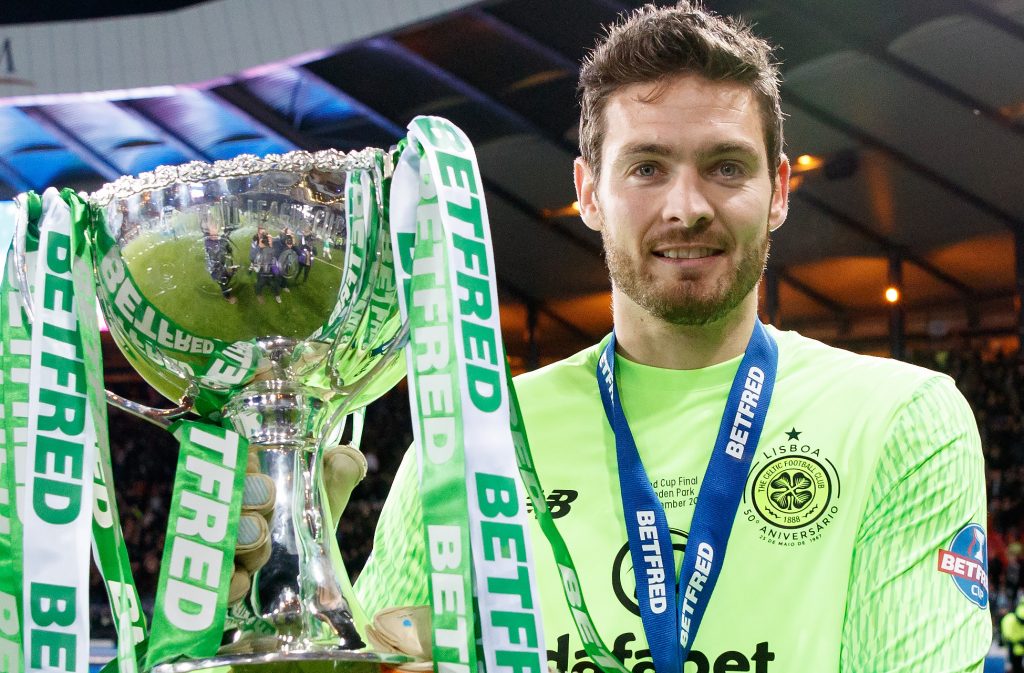 CUP THAT CHEERS…Craig Gordon with the League Cup after Celtic’s 2-0 win over Motherwell in 2017.

The Scotland international No.1 said: “We are all aware of the situation with goal difference and points. We want to continue our momentum.

“We’re 10 games unbeaten. It makes no difference what the scenario is for them. For us, it’s about preparing and keeping in good shape for the Cup Final.

“We do that by trying to win games.”

Gordon left Parkhead in the summer of 2020 when his deal expires and he knocked back the offer of an extension. At the time, Celtic believed Fraser Forster was about to return on his second successive loan from Southampton, but the former fans’ favourite performed an unexpected u-turn to stay at the south coast club.

His decision left Neil Lennon with only one experienced shotstopper in Scott Bain and they hastily had to find another netminder which led them to splashing £4.5million on AEK Athens’ Vasilis Barkas who has proved to be a disastrous purchase.

Gordon returned to his first club Hearts and helped them to protion to the Premier League in his first season. 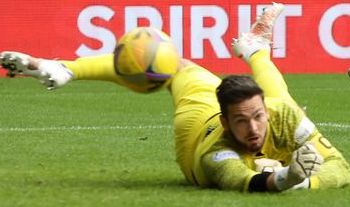 The 66 times-capped last line of defence admitted he had a lot to prove with the Tynecastle outfit.

Gordon, speaking to The Scotsman, added: “The motivation was to come back and show everybody I could still do it.

“I had spent a year on the bench [at Celtic], I didn’t particularly enjoy it and wanted to finish my career playing games.

“You never know if you will get the chance to come back here. Somebody could have been in possession of the jersey and doing well. It just so happened I was coming out of contract, so it was a great opportunity for me to come back and get playing.

“I still had to prove people wrong by performing well. That’s what drives me to come back again and prove I can still play. I’ve got a few more years left.”