Celtic Quick News on News Now
You are at:Home»Latest News»‘PROBABLY THE BEST WAY TO GO OUT,’ BROONY’S EMOTIONAL FAREWELL
By CQN Magazine on 12th May 2021 Latest News

SCOTT BROWN has revealed why he made the monumental decision to quit Celtic after 14 spectacular years at Parkhead.

The old warhorse, who will celebrate his 36th birthday next month, admitted he just couldn’t hit the reset button to impress the incoming Hoops boss in the summer.

The club’s legendary skipper knocked back a 12-month extension to accept a two-year deal as player/coach at Aberdeen and team up again with his former Hibs colleague Stephen Glass who replaced Derek McInnes as Dons manager in March.

Brown will have his last hurrah in the green-and-white hoops in the east end of Glasgow this evening when St Johnstone are the visitors and the final curtain will come down on his Celtic crusade at Easter Road on Saturday. He will leave the club with 22 honours after proving a bargain for Gordon Strachan at £4.4million from the Edinburgh club in 2007. 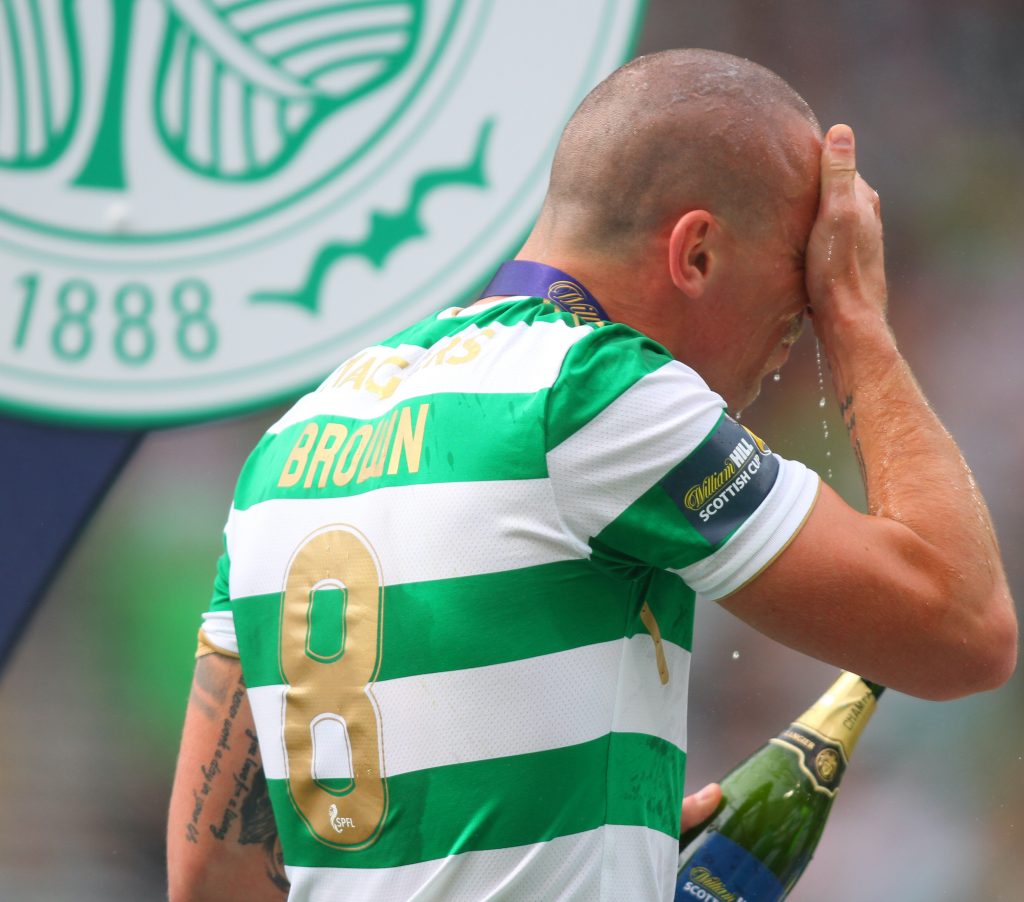 CHEERS…Scott Brown with celebratory bottle of champagne after 2-0 Scottish Cup Final triumph over Motherwell in 2018.

The former Scotland international captain insisted he had no regrets over his decision not to give it another go.

Brown said: “I have enjoyed it and it’s emotional it’s coming to the end.

“I will be sad, but it’s the right time to go. I’m 36 in the summer and – whether it’s John Kennedy or a new manager who comes in – I don’t want to start again at 36, running about the park saying: ‘Gaffer, I swear I can still run about and can still play’.

“So, being assistant coach at Aberdeen, it’s a great start for me and it’s a good club, as well.”

Brown, speaking to the club’s TV, added: “I never thought my last game at Celtic Park would have no fans.

“It’s probably the best way to go out, going out the back door and going quietly.

“It’s been fantastic playing in front of the fans and it’s just sad I can’t say goodbye to them in person.

“But it’s just one of these things and, hopefully, I get the chance to do it again later on.”