SCOTT BROWN has been there, seen it, done it and flown the flag for Celtic in nine successive title-winning seasons.

The 35-year-old Hoops skipper was back in the engine room for the champions as they kicked off their quest for a historic TENTH crown in a row.

And Brown marked himself satisfied with what the team had produced in their opening-day 5-1 triumph over Hamilton Accies on Flag Day at Parkhead.

Odsonne Edouard took centre stage with a hat-trick while Jeremie Frimpong and substitute Patryk Klimala added the others as the players shook off almost five months of rust since their previous competitive encounter, a 5-0 victory over St Mirren in the east end of Glasgow on March 7.

The team’s onfield leader reminded his colleagues of how hard they had worked to reach this stage and there could be no faltering on day one of a new challenge. 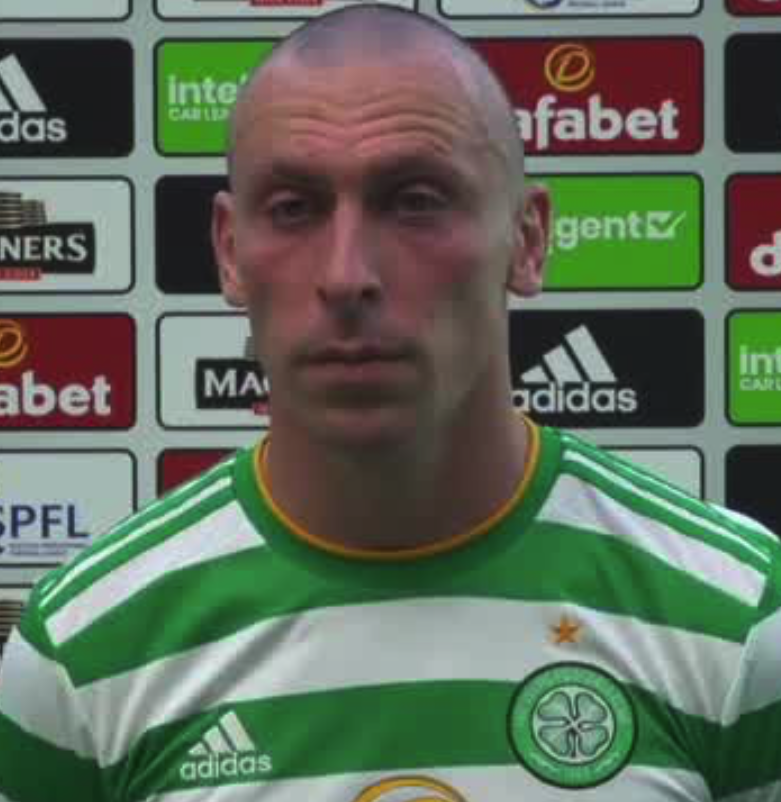 LEADER…Scott Brown was the inspiration as Hoops set out on trail of title No.10. Picture courtesy Celtic TV.

Brown, speaking to Celtic TV, said: “The lads played very well, to be honest, going two goals up, although we then lost a goal. In the second-half, we’ve come out with a great attitude and showed why we’ve been champions for the last nine years.

“For us, we needed this good performance, especially after having raised the flag before the game.

“We could have got a couple more goals. We created a lot of chances and yet again, our quality shone through.

“Odsonne’s hat-trick was great. He’s not scored at all in pre-season – he saved it for the first game of the season which was perfect for us.”

Neil Lennon’s men go back into action again against Kilmarnock at Rugby Park on Sunday with a 4.30pm kick-off.