Celtic Quick News on News Now
You are at:Home»Latest News»RALSTON AIMS FOR A DOUBLE
By CQN Magazine on 11th February 2022 Latest News

REJUVENATED Anthony Ralston is determined to add a Scottish Cup winners’ medal to the Premier Sports League Cup badge he won in December.

The Scotlad international right-back came on as  second-half substitute when a double salvo from Kyogo Furuhashi gave Celtic the first domestic honour of the season when they came back from a goal down to overcome Hibs 2-1 at Hampden six days before Christmas.

Ralston is poised to face Raith Rovers in the last-16 of the national trophy at Parkhead on Sunday with Josip Juranovic, who has been ill, missing for the second successive game after sitting out the dramatic 3-2 victory over Aberdeen at Pittodrie in midweek.

The 23-year-old defender said: “This club’s built on success and we want to win every trophy we’re involved in, so this is no different. 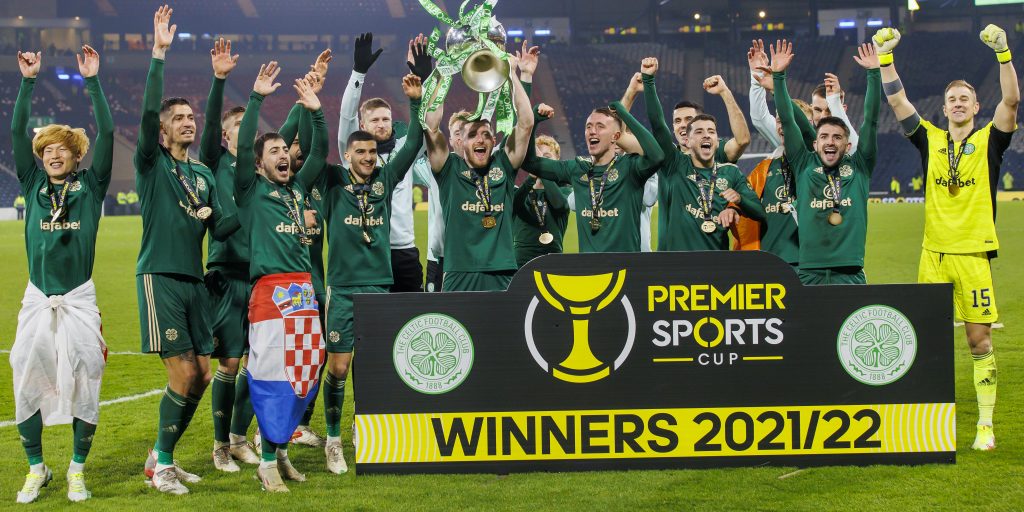 UP FOR THE CUP…Anthony Ralston holds aloft the newly-won Premier Sports League Cup as he and his Celtic team-mates celebrate the 2-1 victory over Hibs at Hampden in December.

“We’re going into the game knowing what it is to go on a good Cup run. We’re all looking forward to going on that journey and, hopefully, getting our hands on another trophy come the end of it.

“We’ll give Raith Rovers the respect they deserve. We’re taking the game just like we would take any other game, preparing for it the right way, and the boys will be recovered and ready to go again on Sunday.

“They’ll be a physical team, so we’ll have to deal with that side of things. We’ll need to be concentrated at all times and also play our football. That’s the thing with playing any team – that we play our style of football and focus on ourselves.

“We’ll be confident against any team that it will be enough to get the job done.” 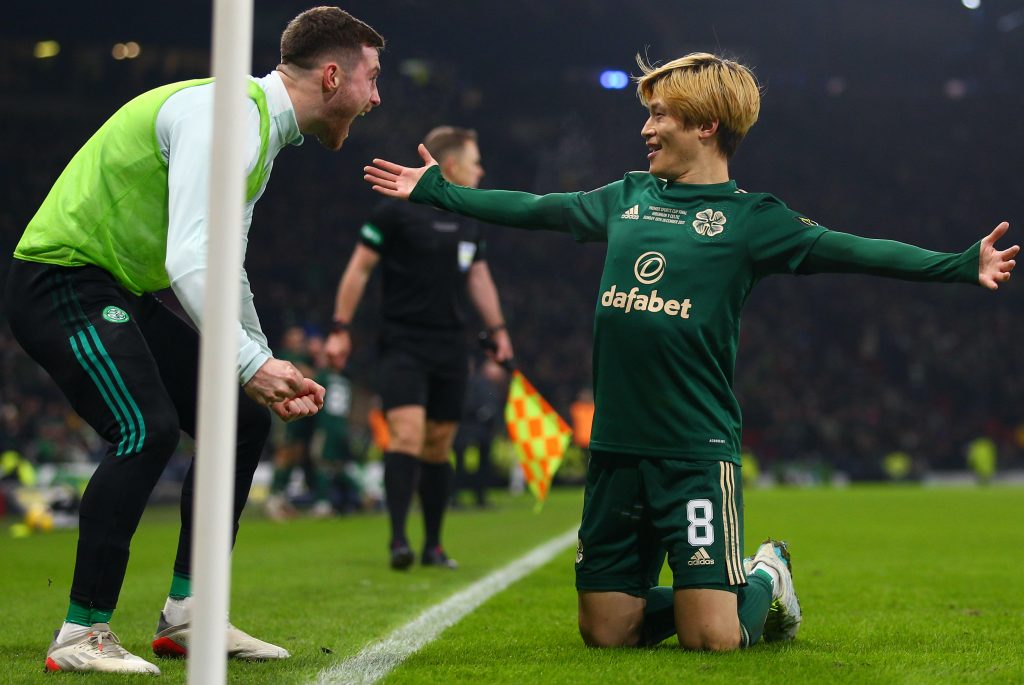 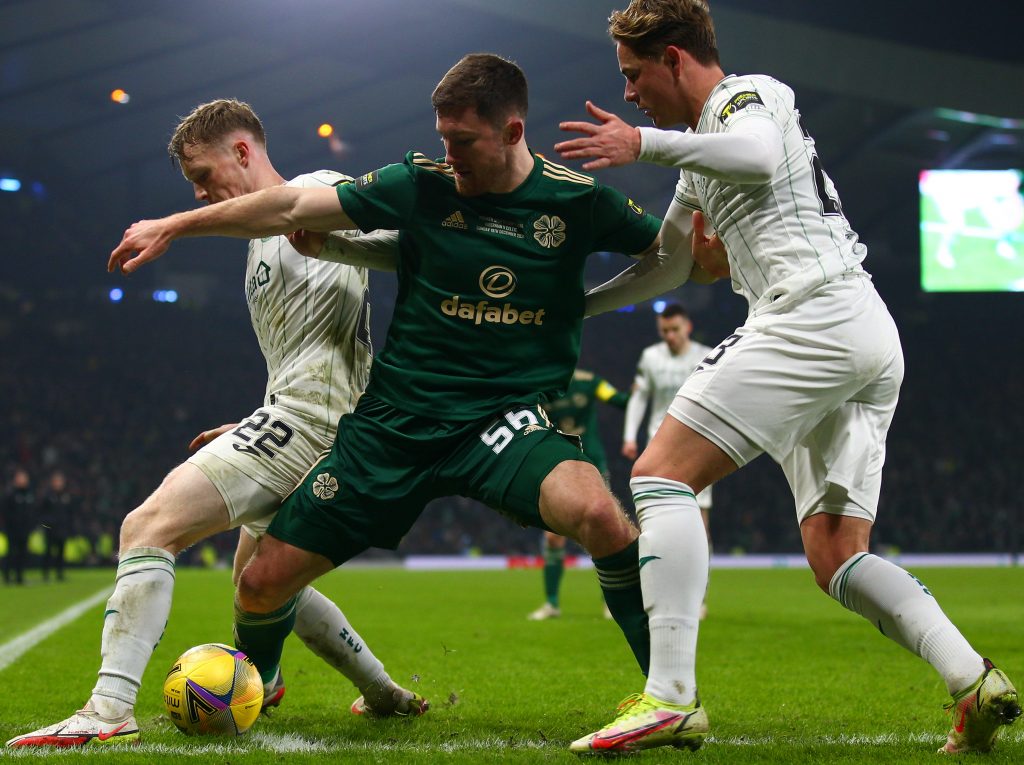 CORNERED…Anthony Ralston sees off the challenge of two Hibs players near the end of the grand finale.

Ralston has already scored five goals in 35 appearances in this campaign and is aiming to add to those totals between now and the end of the term with the Scottish Cup Final due at Hampden on May 22.

The revitalised Hoops star, speaking to Celtic TV, added: “We have a heavy schedule with a lot of games in different competitions, so it’s good to have squad rotation and have quality that come in and go out. It’s good to have competition in all positions.

“It keeps us all pushing healthily in the right direction and that’s been a feature since we’ve come back after the break for everyone.

“The trust is there with all the players. We’re all quality players and we all know exactly what our role is, whether you’re in the team or out of the team – you always need to be ready and that’s the message which has been sent.

“So, you have to stay fit, stay ready, train every day and when you’re called upon, you’re ready to go in and do a job for the team.”

It’s the second time the sides have met this season, with the Hoops easing to a 3-0 win over the Kirkcaldy outfit in Glasgow in the Premier Sports League Cup in September.