SCOTLAND’S FIRST MINISTER Nicola Sturgeon is the subject of an online petition on Change.Org to have her removed from Office after falling foul to The Rangers.

The petition is titled “Resignation of Nicola Sturgeon from the role as MSP of Govan and as the First Minister.” 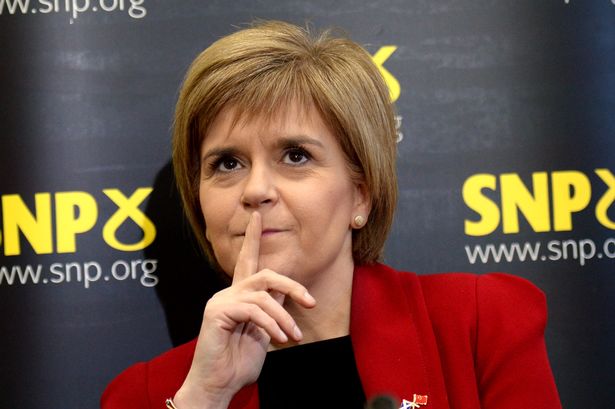 It has been created by Stuart Johnston, presumably a supporter of The Rangers and says this about Nicola Sturgeon:

“Her recent praise for Hibernian Football club. As First Minister she should have condemned the football hooliganism and assaults at Hampden Park.

“No comments of concern for the players involved, the disabled supporters that were in danger, the children and families, who were out for a sporting spectacle but instead they witnessed the worst case of pitch invasion and pitch violence seen in the UK for years.

“This woman has shown her true colours and her lack of support for ALL types of people in Scotland. She had the position and opportunity to stand tall against this kind of behaviour but instead applauded the side who were unable to control themselves.

“How this woman can think that she can remain as the constituent MSP for Govan after her diabolical lack of support for the Govan club is beyond comprehension.

She should now step aside and allow someone with a true vision for ALL the people of Scotland to take her place. Do the right thing resign.”

Johnston, after achieving 777 supporters for the Petition observed:

“Not bad going considering I have tried as best as I can to keep this to Rangers groups at the beginning. It is steadily getting out there an the usual Green and white mob are starting to jump on it. Keep sharing guys if it get above one thousand it goes to her door.”

At time of writing this Johnston had reached 979 supporters and is only 21 short of his initial target of 1000.
There are some fairly interesting comments about this petition which could throw Scotland into a Constitutional crisis.
You are invited to read them HERE and to perhaps add your own voice.
The First Minister has yet to comment on the Petition.