MARATHON man David Turnbull has been an ever-present for Celtic, playing in all 22 games since the Champions League qualifier kick-off against FC Midtjylland at Parkhead in July.

And the Scotland international playmaker will add to that impressive tally when he takes his place in the team’s engine room against Livingston in Glasgow tomorrow afternoon.

Turnbull’s midfield companion Tom Rogic will miss the game with a hamstring problem that will also see him ruled out of the matches against Ferencvaros and Dundee before the international break. 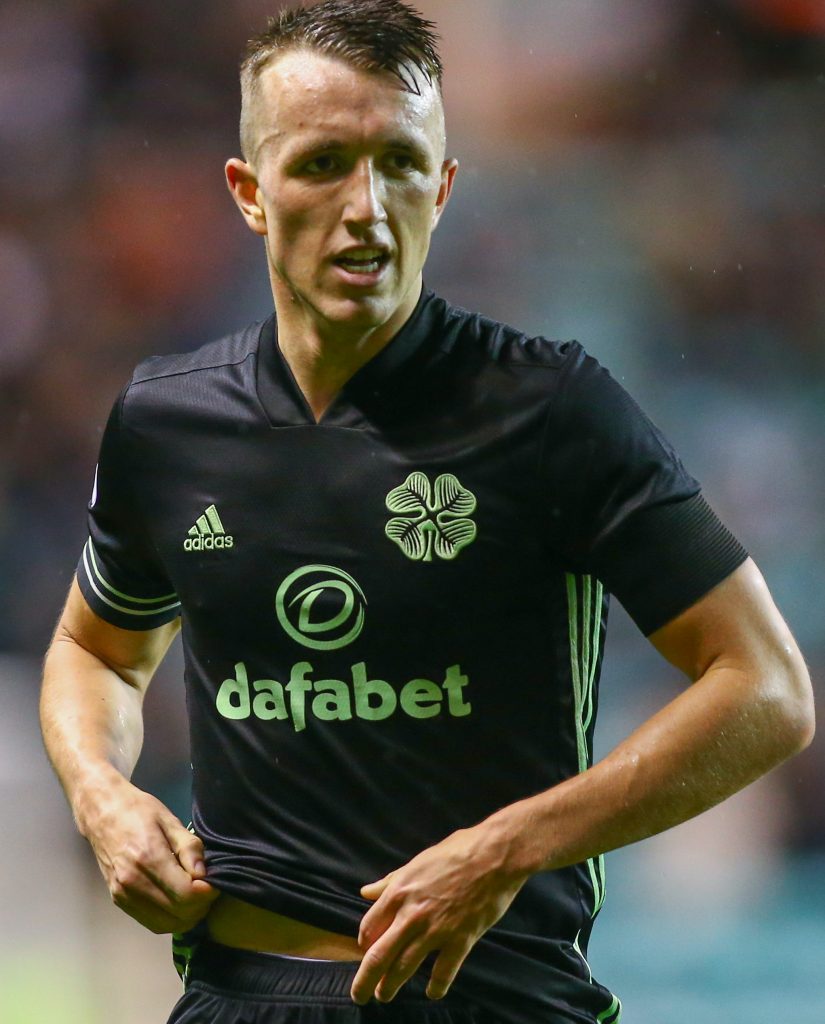 BHOY IN BLACK…David Turnbull played his part in Celtic’s 3-1 win over Hibs in midweek.

The former Motherwell star will be looking for revenge against the West Lothian club who won 1-0 in the fixture last month when they took all three points after having one shot on target. The Hoops have responded with four wins and a draw in their five league outings since the shock loss, their third in the Premiership following defeats at Tynecastle and Ibrox.

However, a win against David Martindale’s team in the east end of Glasgow on this occasion will put them at the Premiership pinnacle with Steven Gerrard’s outfit due to play at Motherwell 24 hours later.

Turnbull said: “Everybody’s looking forward to the game tomorrow. We’re on a great run at the moment, everybody’s playing well and we’re all sticking together, so it’s just about continuing that into each game. We’re all raring to go.

“I think Livingston will maybe sit in a wee bit and try and do what they did in their home game against us, which worked well. It’s just about us trying to break that down and perform better on the day.

ON THE BALL…David Turnbull in action against former club Motherwell at Fir Park.

“I just wanted to try and take everything I did last season into this season and I’ve really enjoyed it. At the start of the season, I think I struggled a wee bit, but after that I’ve found my feet and performed well and I’m really enjoying it and so is everybody.

“We’re all performing well together as a team and getting the results, which is the most important thing.”

Turnbull, who has claimed seven goals including a hat-trick in the 6-0 triumph over St Mirren in August, set up two of his team’s goals for Anthony Ralston and Cameron Carter-Vickers in the 3-1 win at Easter Road on Wednesday.

His set-play deliveries took his assists tally to five and the 22-year-old middle-of-the-park operator, speaking to Celtic TV, added: “I always try and work on it.

“Luckily on Wednesday night we got two goals from it and we just try to get as many goals as we can from there.”

The Livi rearguard has been warned.