ANGE POSTECOGLOU made his first competitive appearance at Hampden to guide Celtic to a 1-0 triumph over a rugged and resolute St Johnstone team yesterday.

And the Hoops boss has a second date booked at the national stadium when he returns for the Premier Sports League Cup Final on Sunday December 19 – just six days before Christmas.

Postecoglou, whose first visit to the ground was in June only days after taking over at Parkhead to watch Callum McGregor score in Scotland’s 3-1 loss to Croatia in the Euros, believes Celtic in silverware showpieces in the south side of Glasgow is exactly how the situation should be. 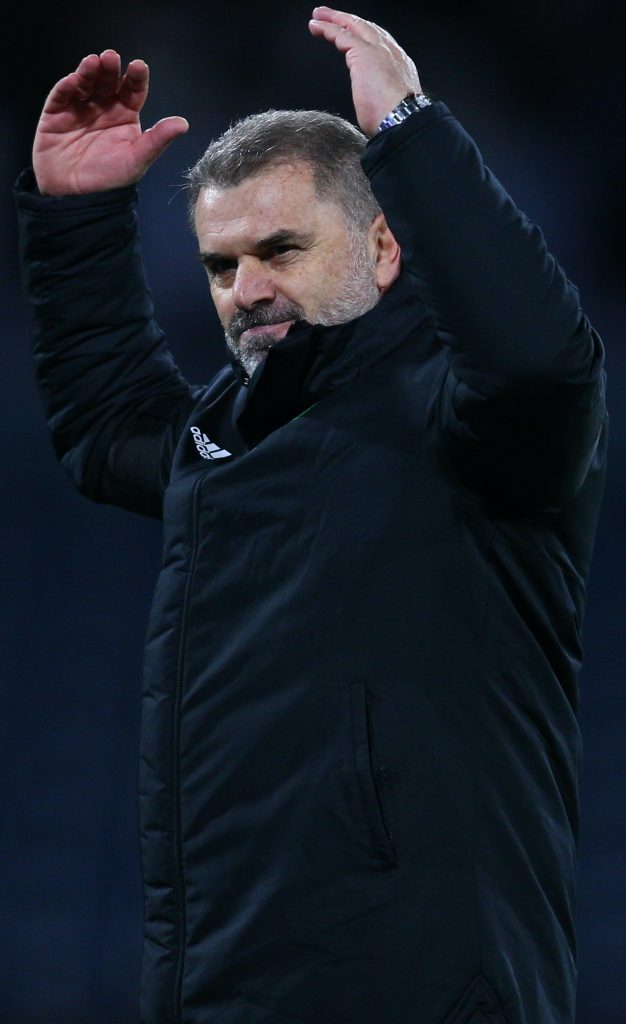 HANDS UP IF YOU BELIEVE…Ange Postecoglou celebrates at the final whistle at Hampden.

The Greek-Australian gaffer may be only five months in the job as Neil Lennon’s long-term successor, but he acknowledges the expectation level that is on him and the influx of new faces recruited in the summer as the squad underwent a massive and urgent revamp.

Postecoglou watched substitute James Forrest hammer in the only goal of a tense confrontation in the 73rd minute and said: “What matters is this football club expects to be in Finals and playing for trophies.

“There’s no allowances just because we happen to be new in the building. We understand when we come to represent this football club they are the expectations.

“It was tough, but we expected it to be, it’s a semi-final and there was a lot at stake.” 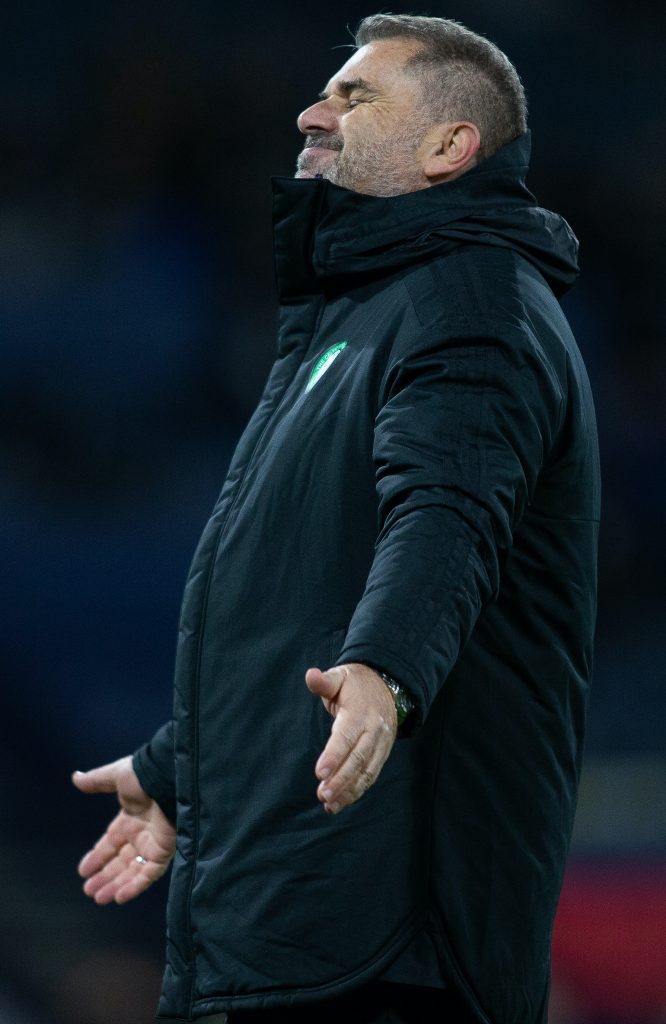 DUG-OUT DELIGHT…Ange Postecoglou soaks up the atmosphere as Celtic overcome St Johnstone at the national stadium.

The Hoops boss, speaking to Celtic TV, continued: “St Johnstone are a tough team to play against in these conditions, but I thought we kept our discipline and kept calm.

“We didn’t get too frustrated that we hadn’t scored and got our goal at a good time and could have had a couple more.

“I thought the supporters were outstanding. They deserve to get to another Final and show again what a great crowd they are.”

Postecoglou added: “Credit to everyone. It was a difficult, challenging game, but I thought we deserved it. 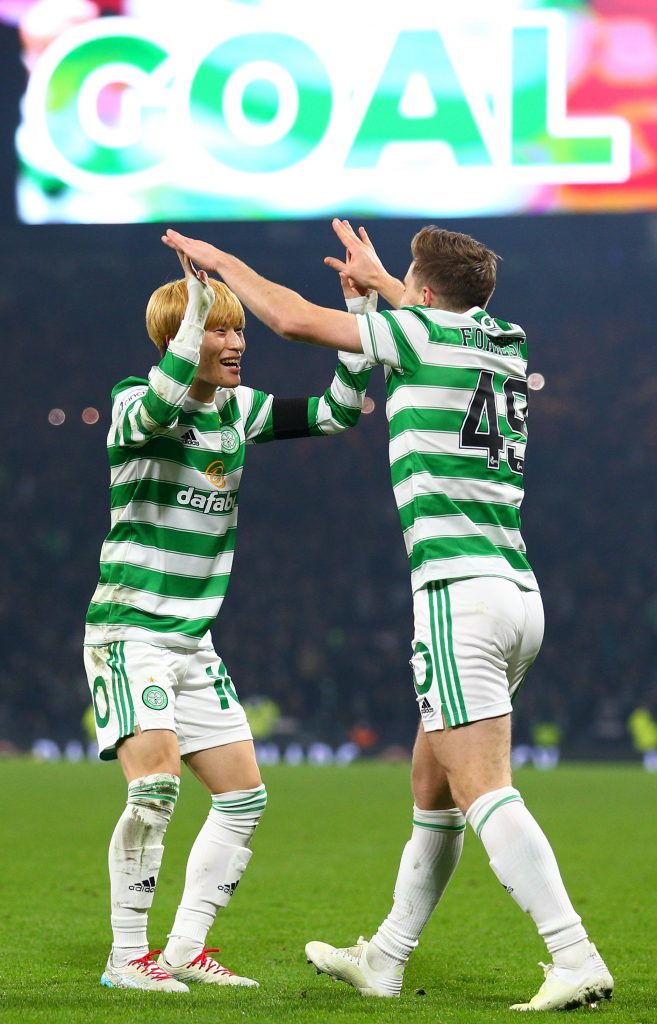 THAT’S MY BHOY…James Forrest is congratulated by Kyogo Furuhashi after his 73rd-minute matchwinner.

“St Johnstone make it really hard for any opposition – they’re so disciplined, they work hard.

“If you steer away from your own game plan you fall into that trap of making it a contest which favours them.

“We had to be disciplined, we didn’t get frustrated for the most part, we were patient. The players are starting to get some real belief in the football we want to play.

“With every victory we have, that accelerates a little bit.”