The Chelsea youngster finalised an 18-month loan deal with the Hoops yesterday and the Parkhead gaffer is excited by what the 21-year-old can offer after they beat off competition from 24 clubs.

Rodgers revealed the flamboyant playmaker Musonda was the subject of a bid from Bernabeu after starring against them for previous loan side Real Betis.

He said: “This is a boy who comes in with quality. I remember talking to Chelsea about him last year and the guys there were telling me that when he played for Real Betis against Real Madrid, the day after Real Madrid tried to buy him from Chelsea.

“That is the talent that he has. 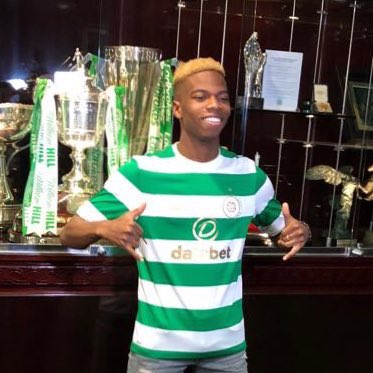 “It is a great signing for us. He is a young guy who is in a Premier League squad and an exciting player.

“Charly had 24 clubs interested in taking him and some real prestigious clubs at that.

“We had permission from Chelsea last season for him to come here and speak to us and come up and he got a feel for it.

“The staff at Chelsea know how I work, but it is a great coup for Celtic and for Scottish football that a young kid who was coming off the bench for Chelsea in the Premier League is up here a couple of weeks later

“It is a big signing for us.

“He has this remarkable skill and quality and he has speed with it as well.

“Charly is a young player that, because of the talent, it has been unfortunate for him, because he hasn’t been able to get out on loan.

“His talent has kept him in and about their squad, but eventually at some point he and Chelsea know that he has to go and play games. This is a great environment for him to come to.”