ANGE POSTECOGLOU has opened up on the injury situation that is “really challenging” Celtic in the run-in to the winter break.

James Forrest limped off in the 18th minute of the hard-fought 1-0 win over Motherwell at Parkhead where Tom Rogic claimed the only strike of the game following a smart David Turnbull free-kick in first-half stoppage-time. 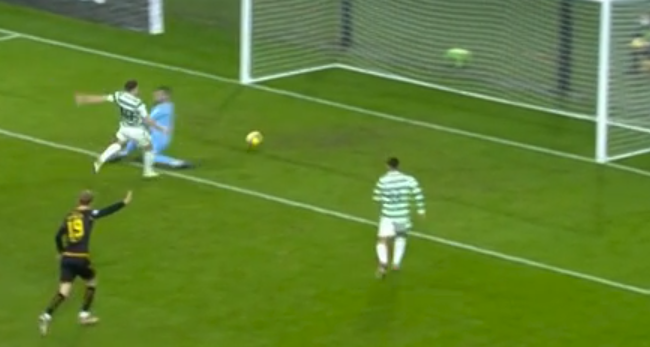 OOPS…James Forrest misses a chance to give Celtic an early lead against Motherwell as he fails to hit the target from close range.

Top scorer Kyogo Furuhashi, who missed the Well encounter and won’t face Ross County in Dingwall in midweek, is also a doubt as Postecoglou eyes his first piece of silverware as Hoops gaffer since his arrival six months ago.

Viewing the Forrest situation and the possibility of the experienced forward missing the big day at the national stadium after scoring the winner against holders St Johnstone in the semi-final, the Greek-Australian admitted: “I’m not really sure about James.

“I spoke with him and obviously it was significant enough for him to come off which is disappointing.

“It’s not a great run we are going through. Unfortunately, it’s in one area.

“It’s not as if it’s spread over the team which is really challenging us. 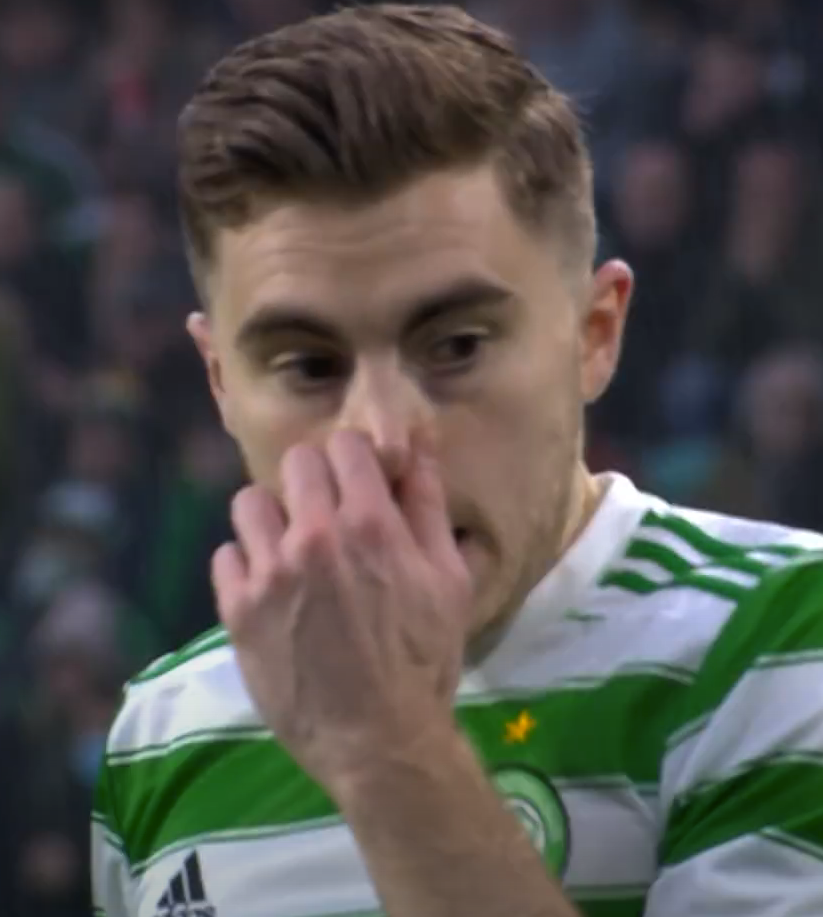 “As I said to the players pretty much the minute I walked through the door, we’ll have some kind of challenge put in front of us.

“When you dust it all down, we’re not in bad shape in terms of he way we are playing our football and our form in terms of results.

“We’ve just got to overcome this, as well.”

Postecoglou, speaking to the Daily Record, continued: “You can go around feeling sorry for yourself and make excuses, but we haven’t done that from day one.

“From the first game of the season where we had many of those cards to play, we didn’t.

“We lost the first game of the year, we licked our wounds and we got on with it.

“Every challenge we’ve had – and we’ve had plenty of them – we’ve just kept going. This is just another one. 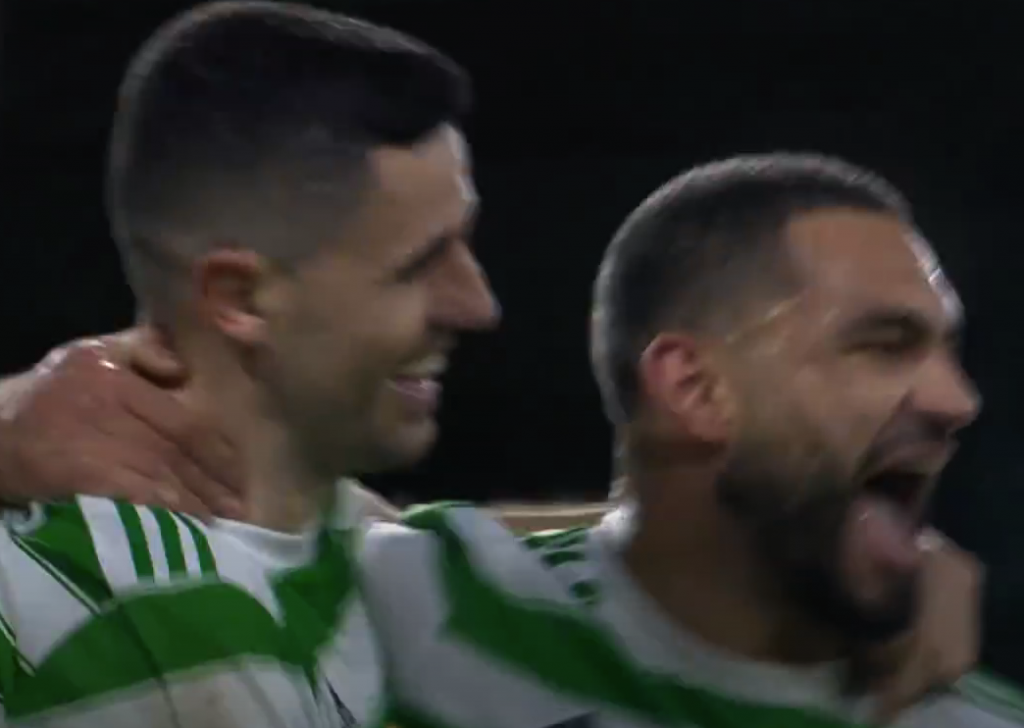 JOY BHOYS…Tom Rogic is congratulated by a delighted Cameron Carter-Vickers after his matchwinner.

“The players, they are finding the will, the drive and the desire to get the job done. We’re still playing our football to our principles and credit to them.

“I don’t see that there’s anything in front of us that would stop that.”

Rogic’s sublime striker kept the Hoops just four points off the pace as they stretched their unbeaten domestic sequence to 13 outings against Graham Alexander’s determined and rugged Fir Park outfit.

“We had some good chances to get that second goal and make the game more comfortable for ourselves.

“Sometimes we could have been a bit more ruthless in front of goal, but, to be fair to the players, they dug in and got the job done.”