ANGE POSTECOGLOU will have no second thoughts about playing Kyogo Furuhashe against AZ Alkmaar in the Europa League play-off final second leg in the Netherlands tomorrow night.

The Japanese striker was racially abused by Ibrox fans on social media which has led to the supporters being hit by an indefinite ban following their vile outburst.

Kyogo has hit six goals in six starts and is likely to be a force against the Dutch side after scoring the opening goal in last week’s 2-0 win at Parkhead.

Postecoglou insisted: “Has he been affected? It’s hard because unless you – it’s the old adage – walk a mile in a person’s shoes, how do you really know?

“He’s a really positive character, he is really enjoying his time here, not just the football but living here in a new country and a new experience. 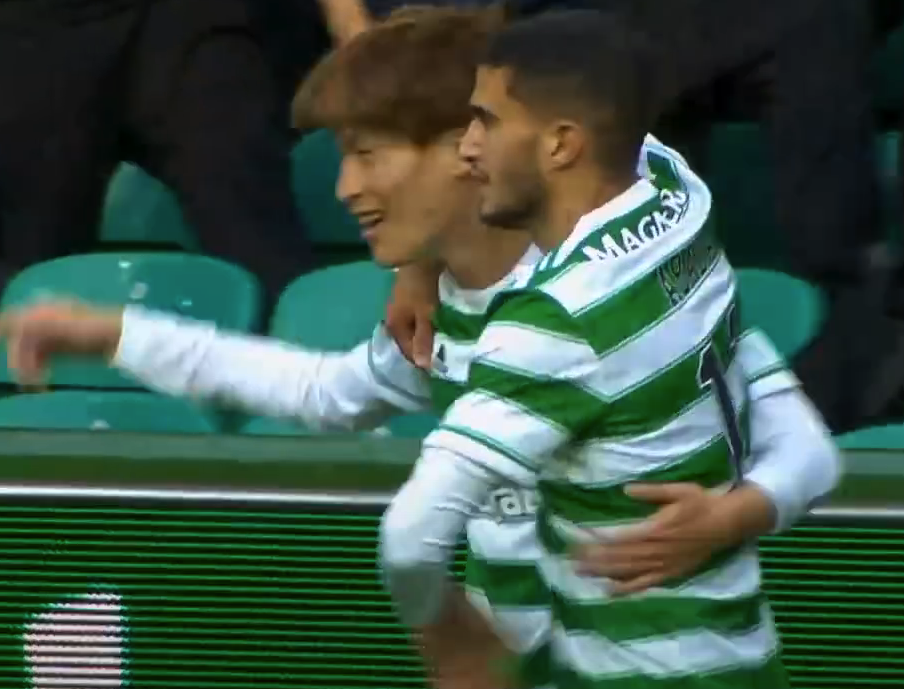 EURO STAR…Kyogo Furuhashi is congratulated by Liel Abada after his goal against AZ Alkmaar last week.

“And when 99 per cent of your experience is overwhelmingly positive, that one percent – I hope anyway because I feel responsible and protective of him – doesn’t affect his overall outlook.

“But it is easy for me to say, it hasn’t been directed at me.

“But he is training well, he is a happy-natured guy and the club are supporting him, the players are certainly around him and he has been good.

“He understands this is not reflective of his experience here.”

Celtic obliterated St Mirren 6-0 at Parkhead on Sunday for their sixth successive win while taking their goalscoring to an impressive 24 strikes with David Turnbull claiming a hat-trick, Liel Abada a double and Odsonne Edouard tolling in his third of the campaign.

Postecoglou has no injury problems ahead of the tie and admitted there will be no change in his attacking outlook in Alkmaar.

The Greek-Australian gaffer, speaking to the Daily Record, added: “I think that is the best approach from us. 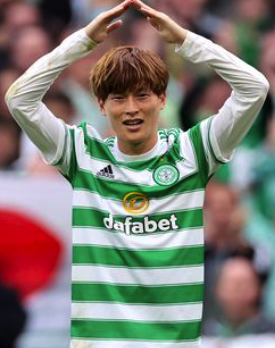 REACH FOR THE STARS…Kyogo Furuhashi celebrates after one of his six Celtic goals.

“If we go there and try to defend for 90 minutes, I just think you are asking for trouble.

“They are a good team and we know at home they are going to be playing fairly high tempo and high intensity football to score a goal.

“If we sit back we are just going to invite pressure on ourselves. Our best football has been going the other way, going forward, and if we score goals, it puts more pressure on the opposition.

“We won’t change our approach, it is the best strategy for us.”

Anthony Ralston, who has played every minute of the nine previous competitive games, will again be in at right-back with new Bhoy Josip Juranovic, the latest addition at £2.6million from Legia Warsaw, ineligible for the tie.