ODSONNE EDOUARD has smashed the French Under-21 goalscoring record – and earned a new nickname.

The Celtic striker, who has struggled for goals at the champions and has claimed a mere six this season, has overtaken the previous best which had been held by his former Hoops team-mate Moussa Dembele.

Edouard netted his 14th goal at this level in the 3-1 over Switzerland in Caen last night to move him clear of the Lyon hitman and celebrated by adding a quickfire 15th.

The 22-year-old forward had already been dubbed ‘Monsieur Doubles’ by the French Press after a sequence of hitting two goals per game, but he has earned a new moniker from the prestigious weekly magazine France Football. They have labelled him ‘Poison’ following his performance against the Swiss in the Euro qualifier. 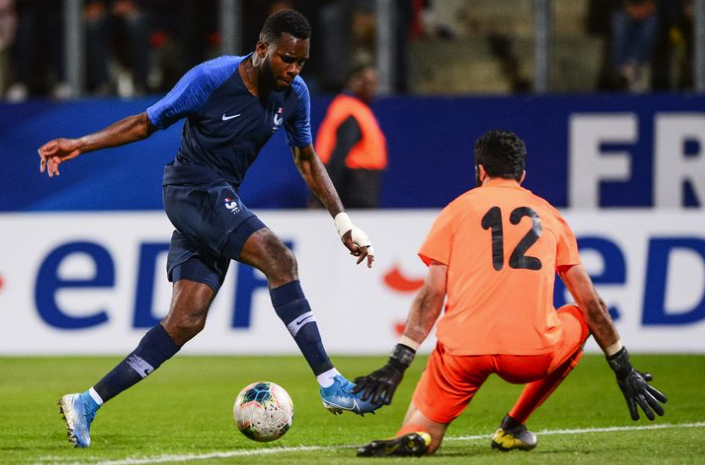 Reflecting on Edouard, they extolled his virtues and said: “Excellent in finishing, the right-footer is also excellent at creating. He is a real poison for defences.

“The Scottish title winner also has a nice burst of speed which allows him to offer solutions on the counter-attack.”

Edouard kicked off the Premiership with a crisp hat-trick in the 5-1 victory over Hamilton Accies at Parkhead on August 2 – but has failed to continue the run that saw him claim 28 goals last season.

The flamboyant attacker’s form has been affected after testing positive for coronavirus while on international duty, but he has returned to Neil Lennon’s squad and was a late substitute ion the 4-1 triumph over Motherwell at Fir Park.

‘Poison’ Edouard could get the nod to start Saturday/s encounter against Hibs at Easter Road.