RONNY DEILA recorded the biggest win of his managerial career last night as his Celtic big hitters hammered Hamilton by 8 goals to 1.

Asked if this was his biggest ever win Delia said,  ‘I can’t remember better,’ adding ‘it was a fantastic night, a very good performance, we scored a lot of goals and could have scored more so I am very pleased with the boys.’

The Celtic manager has seen his side kick on in recent games, scoring 12 goals in 4 days and creating numerous other chances in both victories against Dundee United last Friday and Hamilton at Celtic Park last night. On last night win he said: ‘We deserved eight and we could have had much more, we had so many more chances. You always want games like this and I am very pleased.’

‘It is always hard to keep up the tempo and intensity when you are 3-0 up after 10 minutes but we did that very well.

‘I think we looked sharp today. I’ve seen it in training in the last few weeks that we have looked better and better and today you could see what kind of tempo we can play at if we play at our best. 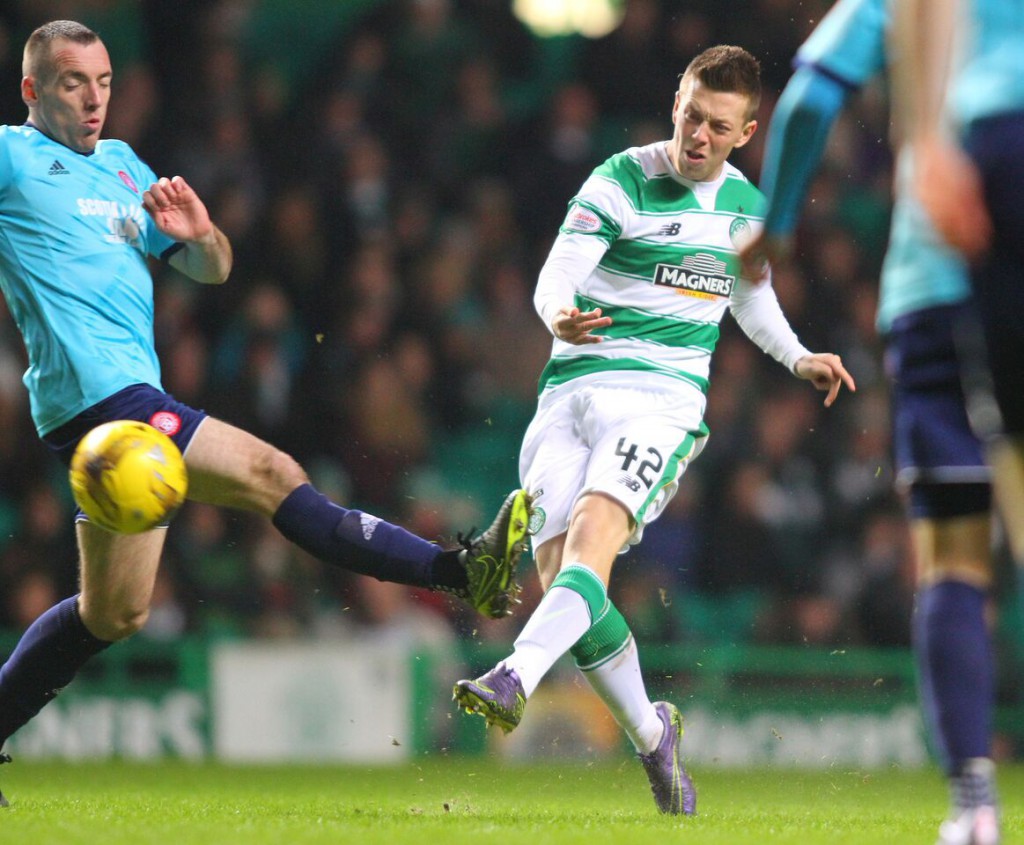 ‘We have been going since June 20 without a very long break. Now, after Christmas, we had some weeks when we could rest and just train and now you see more energy in the team. We could have had many more goals we had so many chances.

Nevertheless Deila is keeping his feet firmly on the ground as Celtic move 6 points clear of  an Aberdeen side that have played around half the number of games Celtic have this season and are also out of both domestic cup competitions. ‘First of all, it’s about the three points and then it’s about getting as many goals as possible,’ said the Celtic manager who will know that the improvement on Celtic’s already vastly superior goal difference makes the lead effectively 7 point.s as his side strive for 5 in a Row and a domestic treble.

‘It’s one game, it’s three points,’ he said. ‘We have to ask why we were good today. When we play like this, it’s tough to beat us. I feel a freshness and smiles in the group, people are looking forward to playing.’

Celtic’s biggest win of the season came with three of the side’s most important players all missing. Club captain Scott Brown is a few weeks away from a return to the side, last year’s Player of the Year Stefan Johansen and perhaps Celtic’s best player of the past 3 or 4 years – Kris Commons both dropped out of the side that won convincingly by 4-1 at Tannadice on Friday.

With new players arriving as Celtic strengthen with the summer European qualifiers in mind, Deila can expect his side to push on towards the Treble.