THE JOURNALIST who has been exposed for using sick paedo patter on social media has lost his job at The Daily Record.

Just two days after boasting about securing his first back page splash in the paper – an attack on Celtic Chief Executive Peter Lawwell, Alan Clark has paid the price for his offensive remark which has been reported widely today on Celtic online media outlets.

The Daily Record, having received complaints about the journalist, have responded by stating that Clark’s “employment at the Record has now ended.”

One supporter shared the reply he received from the paper’s Publishing Director, which stated:

Thank you for your email to the Daily Record…which has been passed to me.

The tweet you refer to was written several years ago before the person concerned was employed as a ‘casual’ reporter at the Record.

His employment at the Record has now ended.

I can assure you there is no religious or football bias at the Daily Record, which abhors all forms of discrimination and sectarianism.

Thank you for taking the time to get in touch.

Mr Russell is according to his profile on Twitter the Publishing Director at Media Scotland, publishers of Daily Record, Sunday Mail and 17 local papers and websites. Bridging the gap from print to digital. He can be reached via @1969Jonathan 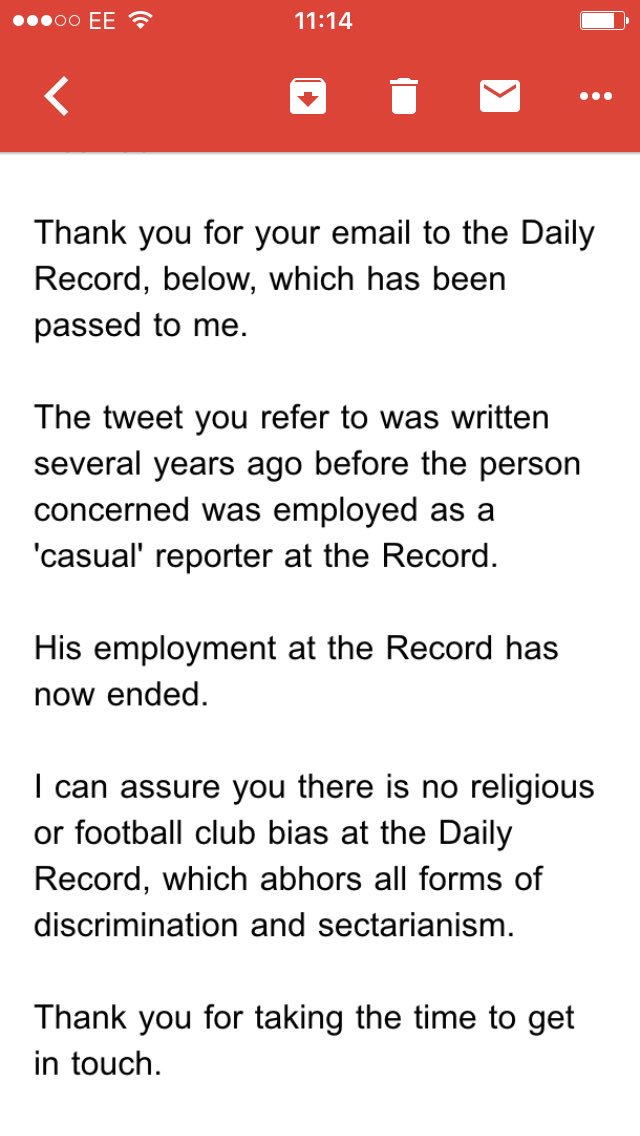 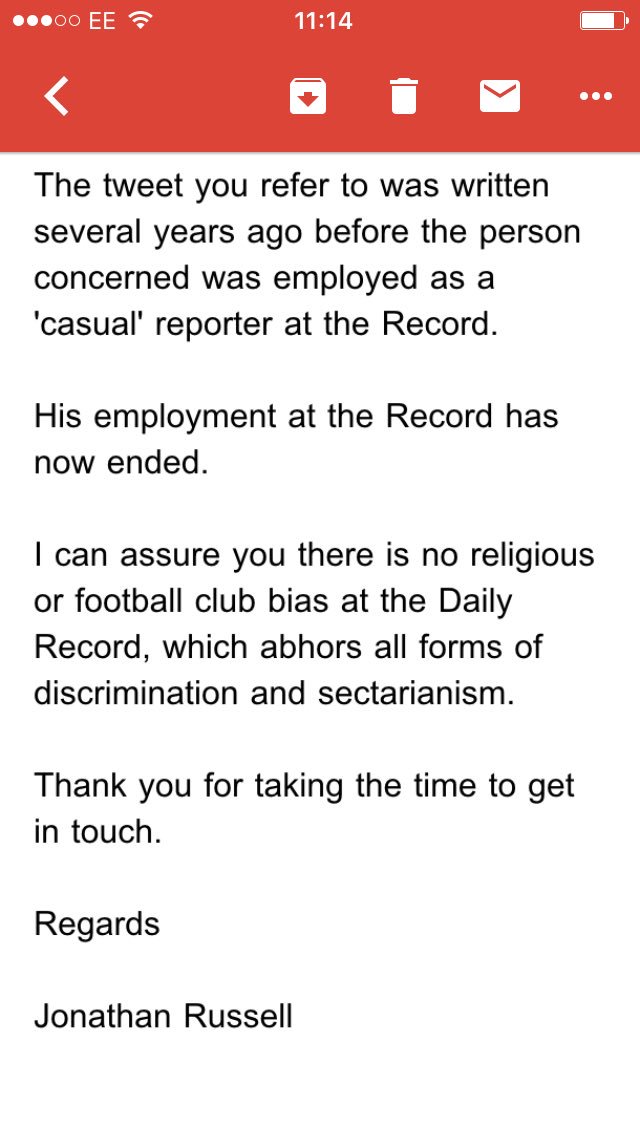