CELTIC hero Tom Boyd has slammed the appalling standards among Scotland’s referees that have come under examination once again after a weekend of controversy.

The former skipper claimed the game urgently requires neutral match officials to prevent Hoops players being booted off the park.

And Boyd believes he would have to wait another ONE HUNDRED YEARS before these decisions even themselves out.

Twenty-four hours earlier at Ibrox, Rangers were awarded an astonishing FOUR spot-kicks – one short of the world record – in their 4-0 win over St Mirren.

Andrew Dallas made the contentious decisions which were contested by Paisley manager Oran Kearney and TV evidence proved conclusively that two of the incidents were outside the box and the other was a clear dive from Jermain Defoe when there had been no contact with an opponent. 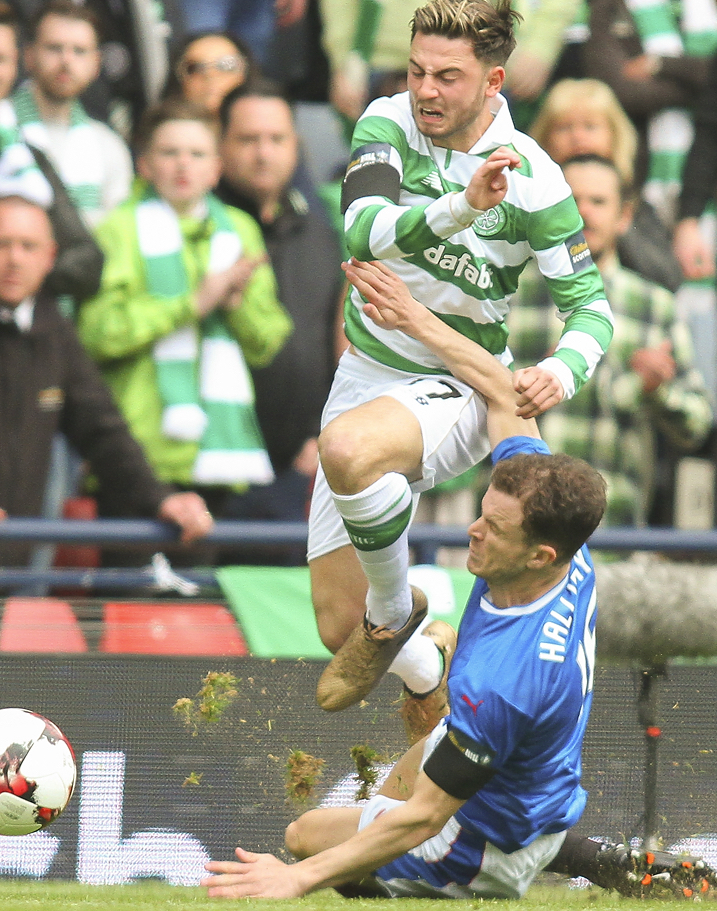 CRASH, BANG, WALLOP…Patrick Roberts is wiped out by Andy Halliday in the Scottish Cup semi-final two seasons ago, but referee Willie Collum took no action. 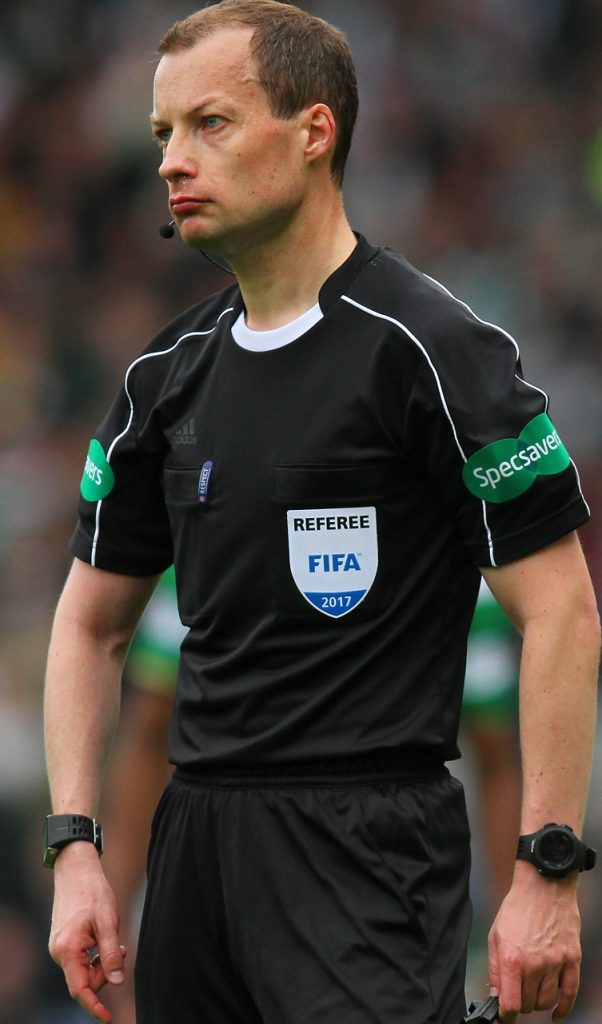 Boyd, now a club ambassador for Celtic, is rightly concerned about the lamentable performances from the refs and believes it is time to bring in officials from abroad.

The referee strike of 2010 saw officials from Malta, Luxembourg and Israel taking charge of top-level matches and the former Hoops skipper reckons it’s time to look to the continent once more.

He said: “When I watch games, Celtic’s in particular, they are not offering protection of Celtic players.

“I’ve seen two waist-high challenges on Edouard this season and neither was deemed to be a foul. That’s not acceptable. There is something way wrong with the standard of officiating just now.

“It needs to be addressed and the only solution is to bring in the kind of neutral referees who came in a few years ago and did well.

“Players are not afforded protection. I’ve said it on Celtic TV on numerous occasions – challenges go unpunished from opposition players on Celtic players.

“I recall Ryan Bowman on Kieran Tierney, I can recall Jason Holt on Patrick Roberts where we had a two-footed challenge from behind and no foul given.

“We tried to address it. I believe the club are still looking for answers from the Old Firm derby game in December.

“It’s something we need to sort right away and the only solution I can see is to bring in neutral referees because the ones we have at the moment cannot handle the games.” 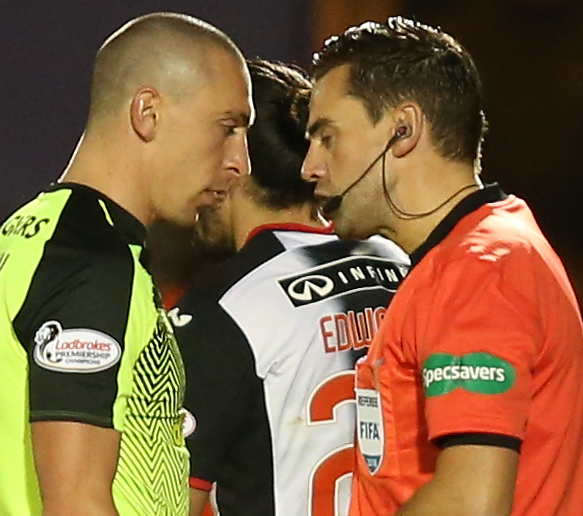 HEAD TO HEAD…Scott Brown and referee Andrew Dallas at St Mirren earlier this season where Olivier Ntcham was sent off in the first-half. Pics: Geo.

Boyd is adamant decisions are loaded against his old club and said: “If things are to even themselves up, then I would need to wait about 100 years.

“You see the decisions given, particularly at the weekend, where stonewall penalties were denied for us where in another game the incident was outside the box yet it was given.

“It brings us to what Jock Stein said: ‘We need to be better than referees’.

“Sometimes that can be very difficult. Inefficiency and incompetence, it could be any referee at this moment in time.”

The ex-Scotland international defender also delivered a damning verdict on Collum’s performance at McDiarmid Park and branded the recent SFA summit between match officials and managers a waste of time.

Boyd added: “I was surprised it wasn’t a penalty after Joe Shaughnessy’s reckless challenge on Edouard.

“I recall Collum sending off James Forrest at New Douglas Park for a slightly less reckless challenge, so there’s no consistency in Mr Collum’s refereeing in a lot of Celtic games.

“That seems to be a massive problem just now. In whose opinion is Collum the best referee in Scotland? UEFA’s opinion?

“There were two penalty-kicks in the same incident. Christie was tackled on the chest. The Burke incident was also a penalty as you can’t go through the player to play the ball.

“The summit meeting does no good whatsoever when you see in one weekend the decisions which are unjustifiable.

“The standard of refereeing is at an all-time low. Their interpretation is different from other European referees.”