Celtic Quick News on News Now
You are at:Home»Latest News»‘REFS FAILING IN THEIR DUTY TO PROTECT PLAYERS,’ RODGERS
By CQN Magazine on 23rd February 2017 Latest News

BRENDAN RODGERS had Celtic supporters scratching their heads on Saturday evening when they listened to him blame the state of the Parkhead pitch rather than the Motherwell thuggery when discussing Ryan Bowman’s horror tackle on Kieran Tierney. 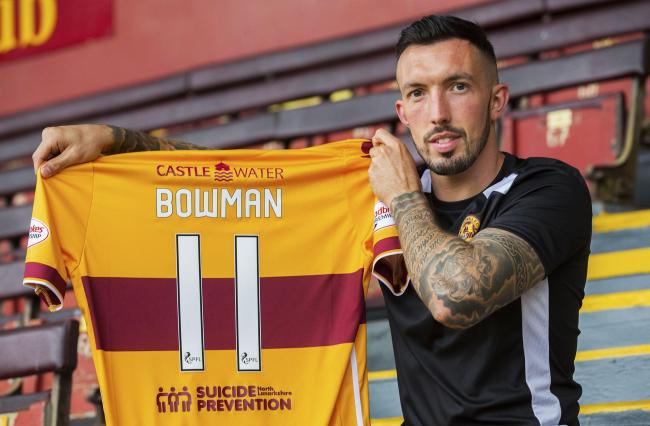 It sounded to some that the manager was going with the ‘taking it on the chin’ approach favoured by one of his predecessors and was thus a licence to injury Celtic players.

As Celtic’s style of play and sheer class gives Scottish opponents, it would seem, next to no chance, then teams are responding by putting the boot in.

In the last two weeks Celtic players Scott Sinclair and Kieran Tierney have enjoyed some major luck in that they have been victims of terrible tackles (the one on Tierney could be categorised as an assault) and survived without picking up a serious injury.

Yet neither tackle was deemed worthy of a red card. Saturday’s was among the worst ever tackles this writer has ever witnessed at Celtic Park, up their with Elbows McCulloch’s cowardly assault on Kayal which effectively ended his Celtic career.

Anyway, this afternoon Brendan cleared up the mystery surrounding his reactions to the tackle on Saturday by admitting that he hadn’t watched it back when he spoke after the game.

He has now and he is fuming. 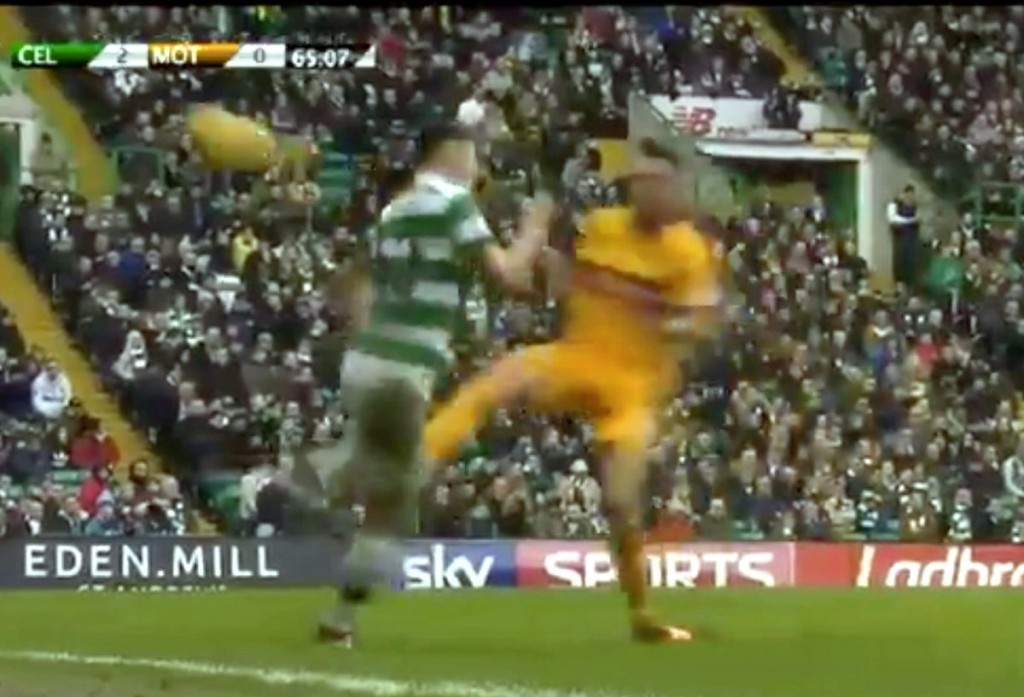 “My only worry at this moment in time is protection for my players,” The Celtic manager said.

“I have seen two tackles in the last two games that weren’t good tackles at all.

“And we are a team that can play any type of game. We have come through physical games and footballing games, tight games. My players never complain or moan, they get up and get on with the game.

“We respect referees but I would like them to have a wee bit of protection for players.

“I’ve seen a tackle on Kieran Tierney which I didn’t see right after the game but I watched a replay afterwards and it was an horrendous challenge.

“This is a kid who is 19, one of the great prospects of Scottish football.

“I have a boy who is a brilliant coach on my staff, John Kennedy, who was also a brilliant prospect who in one challenge lost his career.

“I don’t really want that to happen to any of my players or any player for that matter, whether they are from Celtic, (Sevco) Rangers, Hearts, Hibs or wherever.

“We need to ensure they are protected. 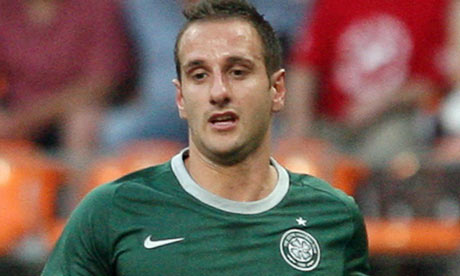 “I understand there is a maybe a dimension of ‘you have to get tight to Scott Sinclair, got to put in a challenge to Kieran Tierney or James Forrest or whoever’.

“But it is the responsibility of the referee to protect the game and the players because I said it was an horrendous challenge and the week before against Inverness Scott Sinclair had an awful challenge on him.

“If we are trying to get the best players playing here in Scotland they need a little bit of protection.”

“We are a team of men. We have young guys in the team but we are playing a man’s game so we have no problem with the aggression and we have coped with that at places like Aberdeen in a really tough physical game, tough challenges, fair challenges.

“The concern for me is the challenges that are late, that like last week was a straight-leg challenge which could have really damaged him.

“If Kieran’s foot was planted you could be talking a different story about one of the great talents in Scotland.

“Now that is the duty of the referee, to protect them and protect the game.”

TWO great Celtic books for the  price of one, plus both are signed by former Celtic skipper Andy Lynch and Celtic legend Charlie Gallagher!! Offer is exclusively available at www.cqnbookstore.com, simply purchase Hoops Stars and Stripes and you will automatically receive both books! Cost is £14.99 plus p & p.