YOU only get one chance to make a first impression.

Just ask the crew on The Titanic.

Reo Hatate started last night’s Premiership encounter against Hibs as a bit of an unknown quantity after arriving as part of Ange Postecoglou’s triple swoop on the J-League on Hogmanay.

The versatile left-sided midfielder joined the Parkhead outfit along with countrymen Daizen Maeda and Yosuke Ideguchi as the fans rolled into the stadium intrigued as to what they were about to witness. 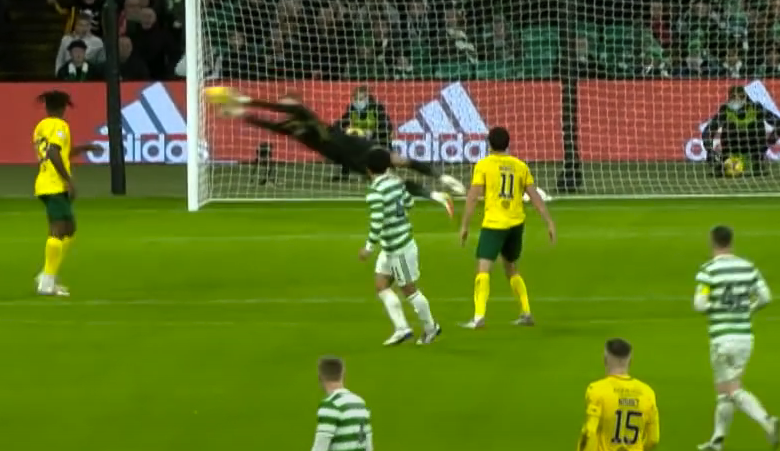 FOILED…Reo Hatate’s hopes of kicking off his Celtic career with a goal were thwarted by Hibs keeper Matt Macey with this fingertip save at full stretch.

There was no disguising the excitement of the support as they watched a high-tempo encounter in the first-half which saw the team race into a two-goal lead in 25 minutes.

Maeda had the start all strikers conjure up in their imagination when he rattled a pass from Tom Rogic beyond the stranded Matt Macey for the opening strike inside four minutes.

It was left to the classy Josip Juranovic to double the advantage from the penalty spot with a perfectly-struck effort tucked in at the left-hand post wihile the keeper took off in the opposite direction. 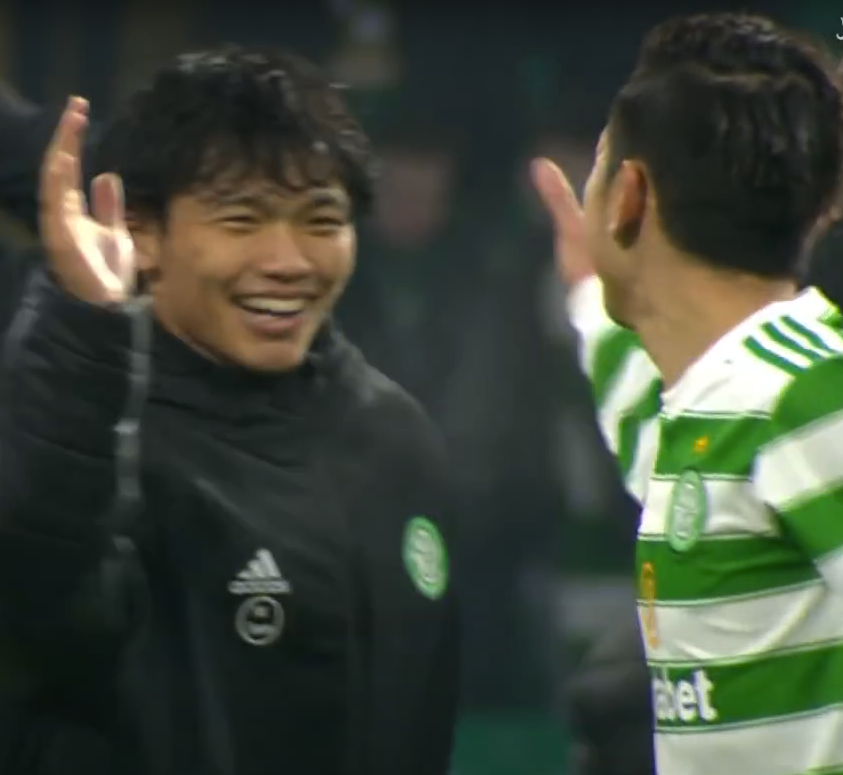 But it was Hatate who took centre stage for 74 minutes before he was replaced by compatriot Ideguchi.

The player was the only person at a packed Celtic Park to look surprised he had been nominated for the Man of the Match award.

TV pictures caught the moment perfectly when the tannoy announced the accolade. James Forrest, sitting beside him on the bench, explained he had been honoured in his first game in Glasgow.

Hatate looked at his team-mate and asked: “Me?” Forrest pointed and motioned: “You.” The Japanese new Bhoy repeated the question: “Me?” And then he shook his head before bursting into a wide and joyous grin. 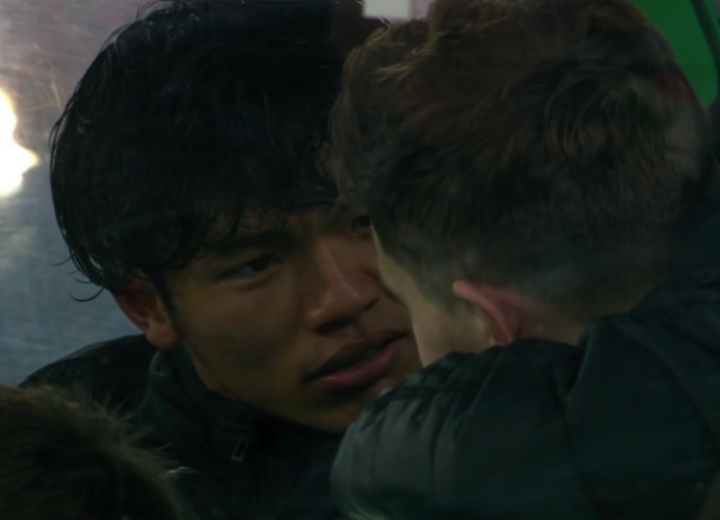 “ME?” Reo Hatate looks surprised as he gets the news from James Forrest he has just been voted Man of the Match after his impressive debut.

His overall performance was a real eye-opener. His industry and invention would have made anyone believe he had been in the line-up for years. As they say in football circles, he certainly hit the ground running.

Hatate’s technical ability, willingness to run into space, his acceptance of responsibility and the quality to produce crisp and intelligent deliveries will ensure last night’s recognition will not be the only Man of the Match tribute that will come his way this season.

CQN reckons we are not taking too much of a risk making that prediction.