Celtic Quick News on News Now
You are at:Home»Latest News»‘REO IS NOT FIT ENOUGH YET,’ ANGE’S WARNING
By CQN Magazine on 3rd February 2022 Latest News

REO HATATE lit up the east end of Glasgow last night with a two-goal performance in Celtic’s rampant 3-0 derby victory of a rocking Parkhead with 60,000 fans as the Hoops stormed to the Premiership pinnacle.

The Japanese new Bhoy, in only his third appearance, took the spotlight during a demolition job in the pulverising first 45 minutes as he claimed a double and set up the third for Liel Abada.

And boss Ange Postecoglou, who positively beamed at the spectacular display from his £1.7million recruit, has a warning for Scottish football – he will be even better when he is fit! 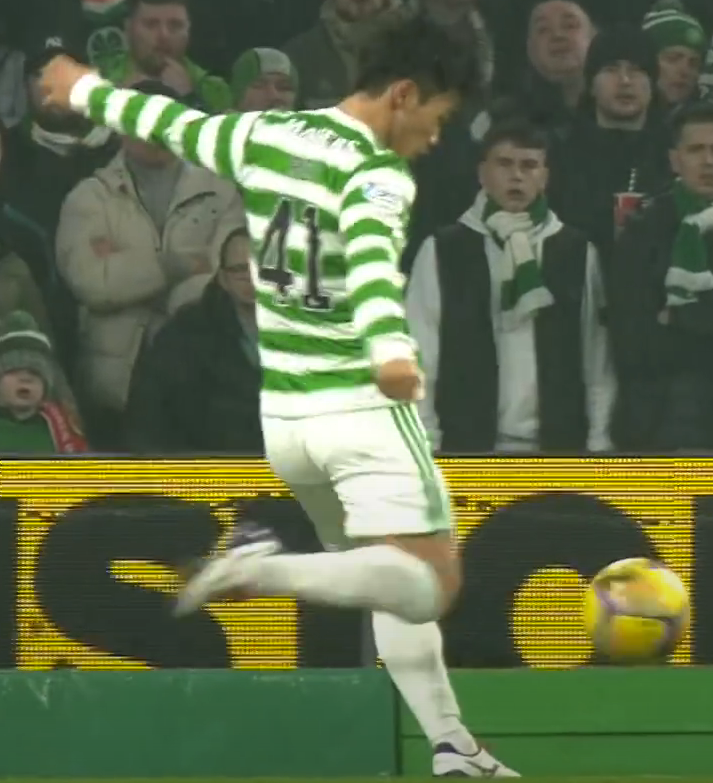 BY THE RIGHT…Reo Hatate lines up a sweet shot for the opening goal.

The Greek-Australian gaffer, who has raided his old J-League stomping ground for four players – Kyogo Furuhashi, Daizen Maeda and Yosuke Ideguchi as well as Hatate – since his June arrival, did not want to promote anyone for star billing from what was essentially a team performance.

However, the manager said: “I am being asked about all the players. No-one has exceeded my expectations.

“I don’t want to single anyone out because I thought it was an unbelievable effort from the whole group.

“Reo is not fit enough yet, he has a lot of work to do and still has improvement to do, but I knew what I was getting – he is a quality player.

“He showed his temperament as well because on the big occasion when he needed to he had the quality.” 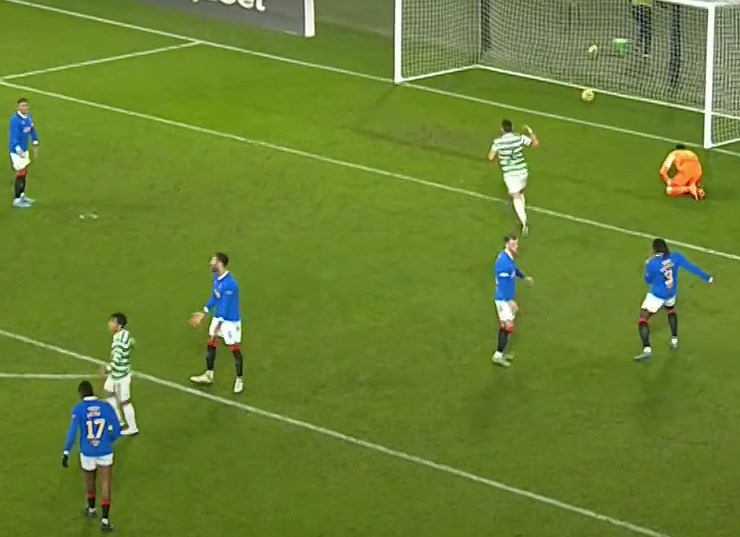 NUMBER TWO…Reo Hatate turns away with the visiting defence in disarray.

Postecoglou, speaking to the Daily Record, added: “But he wasn’t the only one, led by Callum McGregor who was outstanding again.

“The fact he even played, he is the kind of leader people follow. It is a credit to him, he never ruled himself out from the first day, he knew how important this game was.

“He said I am going to play, I am fine, no problems. A lot of players wouldn’t have.

“You are talking about Liel Abada, 20 years old, and Hatate. We were so dominant first-half it’s only natural we would tire. Guys like Reo, Matt O’Riley, Giorgos Giakoumakis are not yet at the fitness levels, so it’s only natural that we drop off.

“But when we’ve needed to this year we have defended really well. I thought the back four was outstanding, Josip Juranovic was incredible. The whole team worked hard.”