The Hoops gaffer has scoured the globe for fresh talent since he was announced as Neil Lennon’s successor on June 10 last year.

The Greek-Australian has brought in 18 players during a frantic spell, including four from the J-League in Kyogo Furuhashi, who arrived in July, and Reo Hatate, Daizen Maeda and Yosuke Ideguchi, who joined his revolution at the turn of the year.

Treble-winning Ramon Vega, signed by Martin O’Neill in his debut term in 2000/01, has congratulated Postecoglou for his worldwide search in his efforts to strengthen the squad, as CQN reported. 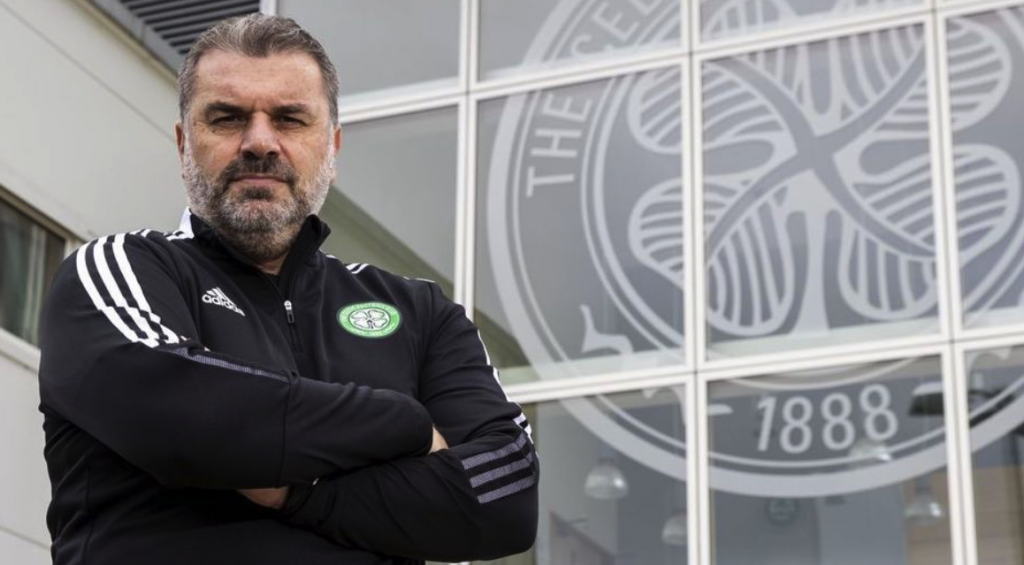 The former Yokohama F. Marinos manager, speaking in an interview in Japan, insisted there are bargains to be had in the Asian market.

Postecoglou said: “Regarding my recruitment, there was no special strategy, I just wanted to sign a good player and I knew there were quality players in Japan.

“In my four years as a coach in Japan, I’ve seen players with the right talent and attitude to achieve my ideal type of football.

“In general, people only look at things that are close to them. Europe and South America are considered to be football powerhouses and Asia is often seen as a downgrade.

“It’s the same reason no one gave me a chance. Asia is seen as the other side of the world and there is a historical tendency to only look at Europe and South America because they are seen as the strong football continents.

CHAMPIONS…Celtic’s J-League recruits Yosuke Ideguchi, Daizen Maeda, Reo Hatate and Kyogo Furuhashi are all smiles after the 1-1 draw with Dundee United at Tannadice on May 11 which sealed the title.

“But if look at the Bundesliga, there have been some fantastic Japanese footballers there, so I do think other nations don’t take as much notice as they perhaps should.

“But as Asia and North America get more attention, it will become even more attractive as a market.”

Postecoglou has already brought in US international Cameron Carter-Vickers, the Southend-born defender, on a permanent £6million deal from Spurs after his impressive season-long loan.

Swiss keeper Benji Siegrist, who quit Dundee United at the completion of his contract last month after four years at Tannadice, arrived during the week and Argentinian left-back Alexandro Bernabei is poised to be unveiled within the next 24 hours.

Next up will be Portuguese winger Filipe Jota, a colossal fans’ favourite after his temporary transfer from Benfica during the title-winning campaign.