Celtic Quick News on News Now
You are at:Home»Latest News»REVEALED: ‘I COULD EXORCISE ALL MY DEMONS,’ PRIZE GUY POSTECOGLOU OPENS UP
By CQN Magazine on 8th May 2022 Latest News

ANGE POSTECOGLOU admits he knew he was in for a rocky start when he accepted the Celtic manager’s job in June.

The Hoops hierarchy wasted three months trying to convince former Bournemouth boss Eddie Howe that his future lay at Parkhead as they sought a replacement for Neil Lennon.

The Irishman departed the club in February with the team already in freefall during the campaign from hell that saw their hopes of making history with a tenth successive championship obliterated shortly after the turn of the year.

John Kennedy was put in charge for the remaining 10 games of the season as the team limped to the miserable conclusion of a journey that saw them complete their first programme without silverware for the first time in 11 years. 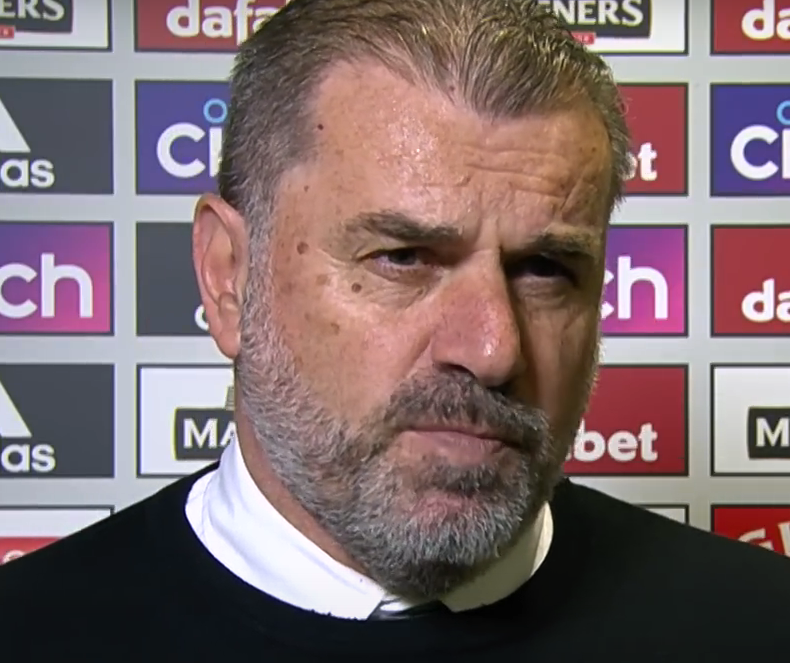 Once Peter Lawwell, in his last act as chief executive, decided enough was enough in the pursuit of Howe, he turned his attention to the 55-year-old manager of J-League club Yokohama F Marinos.

Postecoglou answered the SOS and the new man was well aware of the size of the challenge that lay ahead of him.

The Greek-Australian gaffer said: “I got my head around that pretty quickly. I had a week of isolation in a hotel room in London where I could exorcise all my demons and any doubts I had about the enormity of it.

“Once I got here I didn’t have time to think about it. If you do that too much then it becomes overwhelming.

“In that hotel room I was working – absolutely. I had no time to waste. There was too much to do.

“I knew the enormity of the task, but I was prepared to take it on because I was confident I could build something.

“At the same time, I knew we couldn’t go 12 months without some sort of success.

“I could have said: ‘This is a rebuilding year.’ But I felt I had to use every moment to make sure we gave ourselves a chance.

“Everyone knows I was brought in pretty late. So there wasn’t a time when I could sit back and take in the landscape of what we needed to do.” 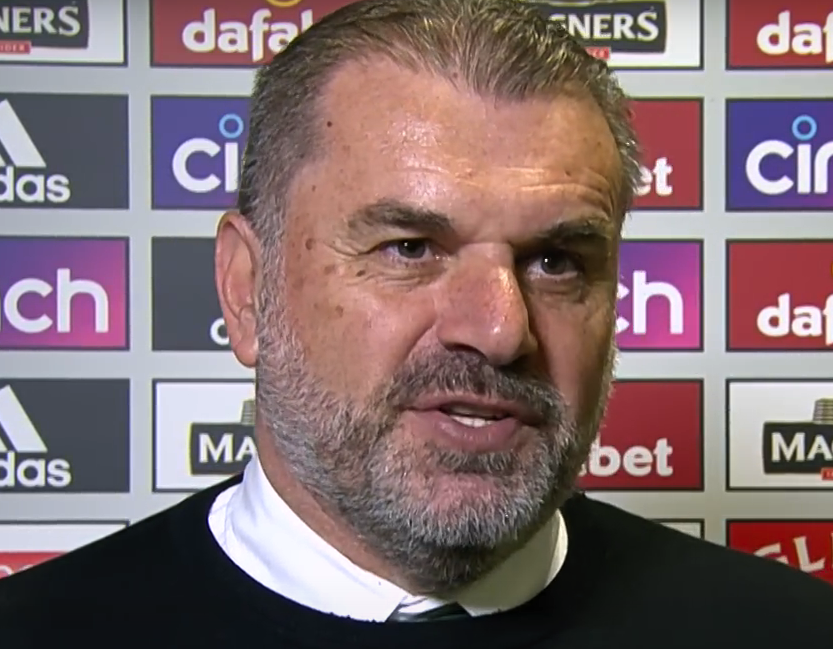 Postecoglou, speaking to the Sunday Mail, continued: “As soon as I got the job – even when I was still in Japan – I’d started mapping out the steps we needed to take.

“The blueprint was there, but putting that into practice was going to be the challenging bit.

“There was no doubt the beginning was going to be rocky. It was going to take time to embed a football style.

“But I tried to stay disciplined. I wanted to make sure I took every step I thought we needed to be competitive.

“It’s human nature to have self doubts. You’ll never improve if you think you have certainty with everything.

“We saw that last week. In the 89th minute you’re (Manchester City) in a Champions League Final. Then inside two minutes your whole world changes. There’s always a fine line in football.

“You always have doubts. But there’s a core of values and beliefs that get you through, what you rely on in moments of doubt.

“I felt my best strategy this year was never to look too far ahead in terms of consequences. 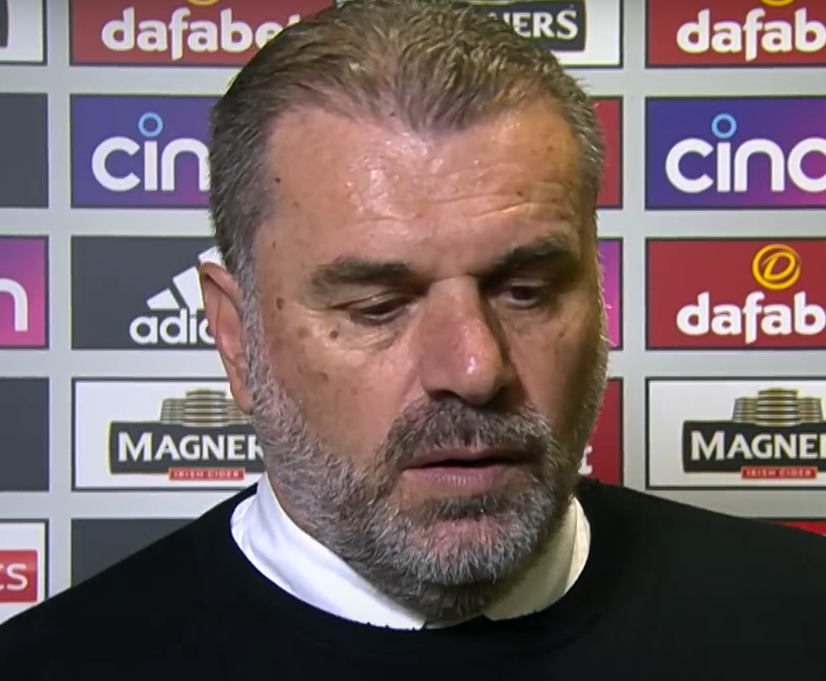 “My feeling in assessing Rangers was they were champions, undefeated last year, and I thought: ‘How many games will they lose?’

“Apart from us, I didn’t think they’d lose any.

“For us, it was head down, blinkers on – and not taking the blinkers off until it was done.”

Twelve new players were recruited in a summer of upheaval as the likes of club skipper Scott Brown, top scorer Odsonne Edouard and internationals Kristoffer Ajer and Ryan Christie all headed for the exit.

Postecoglou went into overdrive as he brought in the new Bhoys, with one of his first signings being Kyogo Furuuhshi at £4.6million from Vissel Kobe who arrived in late July.

The Hoops chief added: “I was always going to be judged on the players I brought in because that’s where you put your words into practice. We brought in Kyogo and Liel Abada and they hit the ground running.

“Am I surprised at how successful our strike rate has been? No. 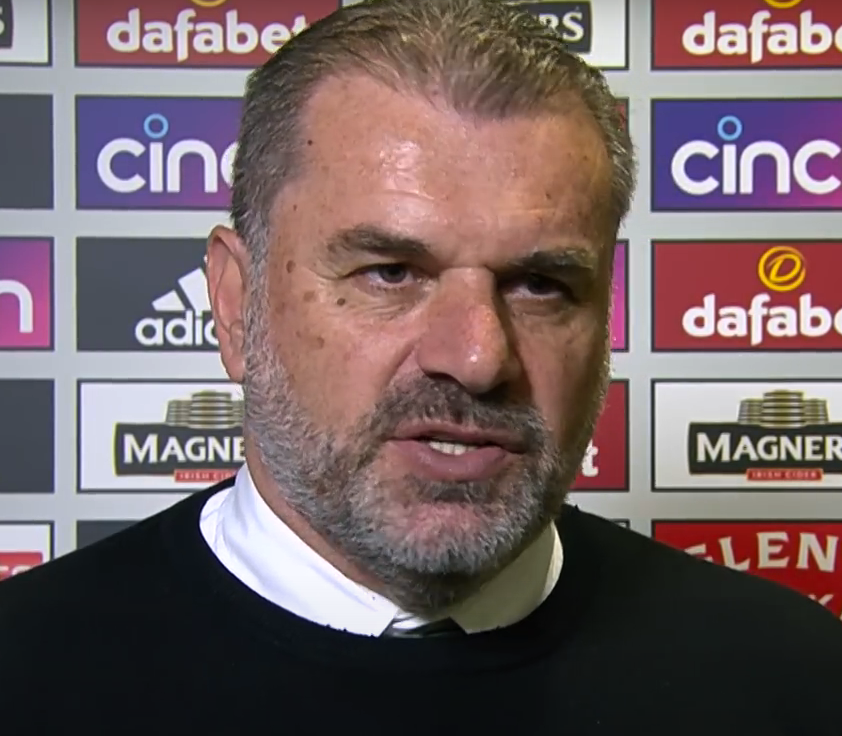 “I don’t say that dismissively. It’s not an exact science and it’s not all about money.

“There are plenty of clubs around the world who spend a hell of a lot and don’t get it right.

“The reason I was confident was because it has been part of my whole career.

“I had a clear idea of the kind of football we wanted to play and I’m pretty good at identifying the players who will fit into my system.

“That means I can eliminate a lot of players. I’ve always backed myself and more often than not – not always – I will get it right.

“I was confident, for example, that Kyogo would make a hell of an impact. I knew he’d fit into my style and the type of player he is.

“So there was a good chance of success and that would then buy me the faith and trust of people to continue.”

Postecoglou and his new-look Celts are now on the brink of a Premiership title success to add to the League Cup they won in December.

The manager will hit his 60th competitive match when Motherwell visit Parkhead on Saturday, but before that occasion the team have to face Dundee United at Tannadice on Wednesday.

Postecoglou will possibly enjoy a break at some point in the summer.