Celtic Quick News on News Now
You are at:Home»Latest News»ROBBO’S CELTIC VOW
By CQN Magazine on 27th May 2021 Latest News

CHAMPIONS League winner Andy Robertson would dearly love the chance to show Celtic what they missed.

The Scotland and Liverpool left-back was allowed to leave the Hoops youth system at the age of 16 before he reinvented himself at Queen’s Park and proved his abilities to produce as a high-quality defender.

Moves to Dundee United and Hull City put him back in the spotlight and Jurgen Klopp rubber-stamped his ascendency by paying £8million to take him to Anfield in 2017.

But 27-year-old Robertson has never hidden his feelings for the club that cast him aside for “being too small” and wants to return some day – as long as he is not well past his best.

The country’s international captain, who is preparing for next month’s Euros when Steve Clarke’s men take on the Czech Republic, England and Ceoatia, has already won the Premier League and conquered Europe as one of the Merseyside’s most consistent performers, but he still reckons he has a point to prove. 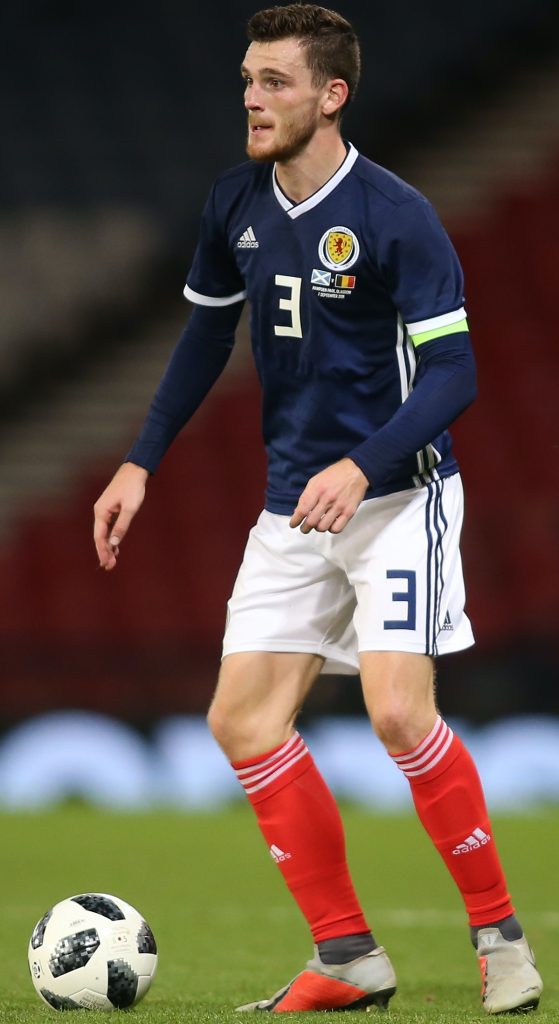 Robertson, speaking to PLZ Soccer, said: “I would love to play for Celtic. When I was a young boy growing up, I used to say I would give my best years to Celtic, so I don’t want to go there when I am old and maybe can’t move as much and I get all my mates hating on me because I can’t perform the way I used to.

“The time will come to make that decision, but I have a good length of time on my Liverpool contract.

“I would love to pull on the Celtic shirt, of course I would. But I don’t want to be an old fart when I go up there. I want to still be able to play well and if I can’t I don’t want my mates hating on me!”

On the Euros front, Robertson will be mixing with Hoops stars Callum McGregor, James Forrest, Greg Taylor, Jack Hendry, Ryan Christie and David Turnbull and he insisted the Scots are not going to be the whipping boys in Group D as they prepare for their first major tournament since Craig Brown led the squad to the World Cup Finals in France in 1998.

He added: “We’re not just there to make up the numbers. We’ve played Czech Republic in the Nations League, got good results against them and they’re an incredibly good team.

“I’ve played against Soucek and Coufal for West Ham and I know how good these players are, but we’re there to get out the group, and we have to believe that.

“If we can get off to a good start, who knows where it will take us?”