Celtic Quick News on News Now
You are at:Home»Latest News»‘ROBERTS CAN BE KEY MAN,’ DAVIES
By CQN Magazine on 21st March 2018 Latest News

CELTIC assistant boss Chris Davies has welcomed back fit-again Patrick Roberts and reckons he will play a “significant” part in the run-in to the season.

The on-loan Manchester City winger returned for the last 22 minutes of Sunday’s goalless draw against Motherwell at Fir Park following a four-month lay-off with a hamstring problem.

Brendan Rodgers’ No.2 believes the timing of the 21-year-old Englishman couldn’t be better.

He said: “Pat’s a unique player because he can do things that very few players can.

“His ability to play one-v-one in small spaces is second to none. He can go past people and manipulate the ball very well.

“He’s very unpredictable for defenders to play against and in that one-v-one duel he’s very, very good.

“That becomes really important for the big teams because often you’re facing compact defences with lots of players behind the ball and you’re looking to break that block down.

“That’s where Patrick really comes into his own. He’s a good finisher and has a last pass that can set up a goal.

“He’s a really valuable player in the final third and it will be really significant for us to have him back for the remaining games in the season.

“Pat’s been out for a long time and, even in the cameo role he had on Sunday, he hit the bar when he came inside.

“Even in those moments, you could see the threat he carried. Unfortunately, we couldn’t find that opening.” 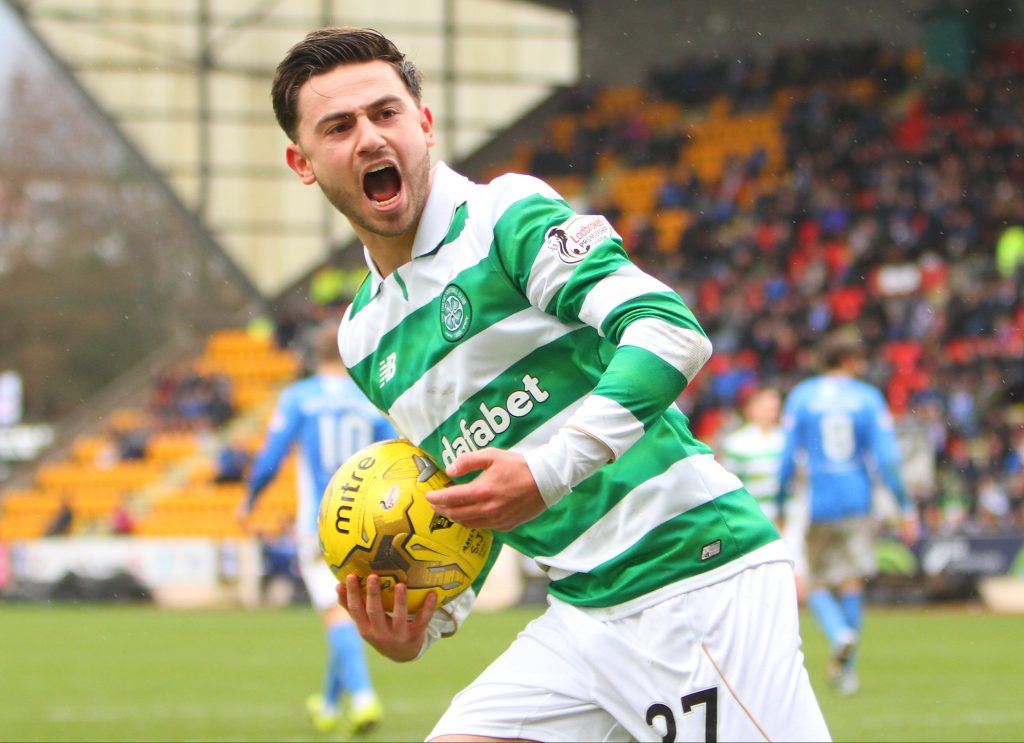 ON THE BAWL…Patrick Roberts roars in delight.

Davies added: “Tom Rogic is a similar player who can unlock a defence and can be decisive in the final third.

“These players can be invaluable, especially when you’re an attacking team that is often the protagonist trying to take the game to an opponent.

“We need all our players like that to be on form and firing for the remainder of the season.”

* Davies was speaking to the Celtic View, on sale now.