Celtic Quick News on News Now
You are at:Home»Latest News»ROBERTS’ FINAL FLING
By CQN Magazine on 12th May 2018 Latest News

PATRICK ROBERTS is heading back to Manchester City after Celtic’s Scottish Cup Final against Motherwell a week today.

The 21-year-old winger has spent two-and-a-half seasons at Parkhead following his original temporary deal from the English giants in February 2016.

Roberts’ progress stalled this season following a hamstring injury sustained against Motherwell in November. Coincidentally, he made his return four months later against the same team at the same venue as a second-half substitute for James Forrest in a goalless draw.

Now, though, the fans’ favourite is ready to call time on his stay with the champions and has revealed his priority for the new campaign is to be a success in the English top flight.

He said: “I’ve enjoyed my football with Celtic and everyone knows that. But you also have to look at the bigger picture and I have certain ambitions in my head and places I want to be.

“To get there I need to come out of my comfort zone and try to reach those targets. Playing for Celtic has been a dream come true and I’ve enjoyed every minute.” 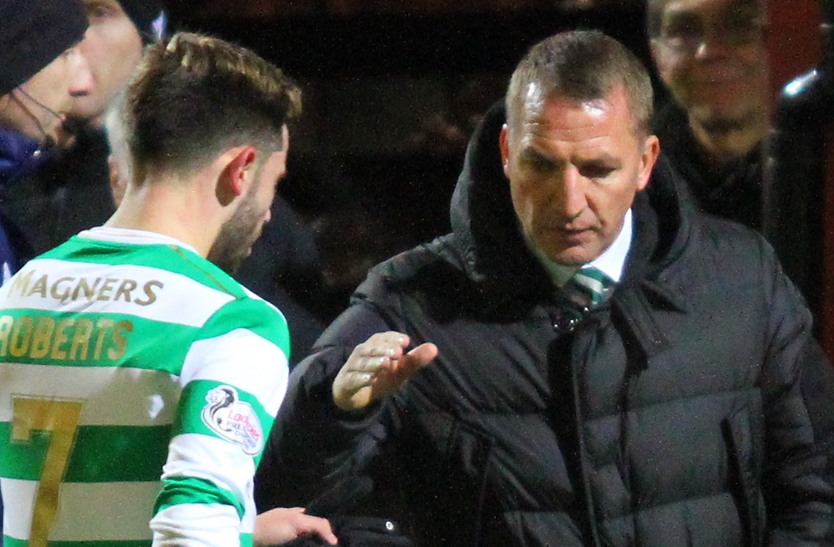 “I’m at one now with Manchester City and they’re doing well, but you’ve got to look at yourself, what’s best for you and try to pick the best option possible.

“When the time comes, we’ll see. I’ll enjoy the summer and the rest of this season and when it comes to July, kick on from there.”

The game against Aberdeen tomorrow afternoon is likely to be Roberts’ last appearance in the hoops at Parkhead.

He will then have the Hampden game to focus on before turning his attention to discussions with Pep Guardiola and the Etihad bosses.

The touchline ace added: “They’re letting me crack on here. They’re concentrating on their season but I will have talks towards pre-season when I get back in with them and I’ll see what happens then.”

Roberts will pick up his third successive Premiership medal with the champions after tomorrow’s encounter against the Dons.

Brendan Rodgers was keen to make the temporary deal a permanent one last summer and a massive fee of £10million was mentioned.

However, the Irishman’s hopes were dashed when Guardiola refused to sanction the transfer.