Celtic Quick News on News Now
You are at:Home»Football Matters»ROBERTS HOPES FOR GREEN LIGHT
By CQN Magazine on 27th January 2017 Football Matters
PADDY ROBERTS, who scored two goals in a 3-1 win over Hearts at Parkhead in April, could start against the Tynecastle outfit on Sunday.
The on-loan Manchester City winger has come off the subs’ bench for James Forrest in the last three games against Sevco Rangers, Albion Rovers  and St Johnstone – and made a massive impact.
Roberts, who is due to return to the Etihad in the summer, was involved in the winning goal in the 2-1 Hogmanay clash at Ibrox when his astute through pass allowed Stuart Armstrong to square the ball across the box for Scott Sinclair to complete the move at the back post.
And the young Englishman was instrumental in finally killing off the stubborn resistance of the plucky Coatbridge part-timers in the Scottish Cup fourth round tie on Sunday. 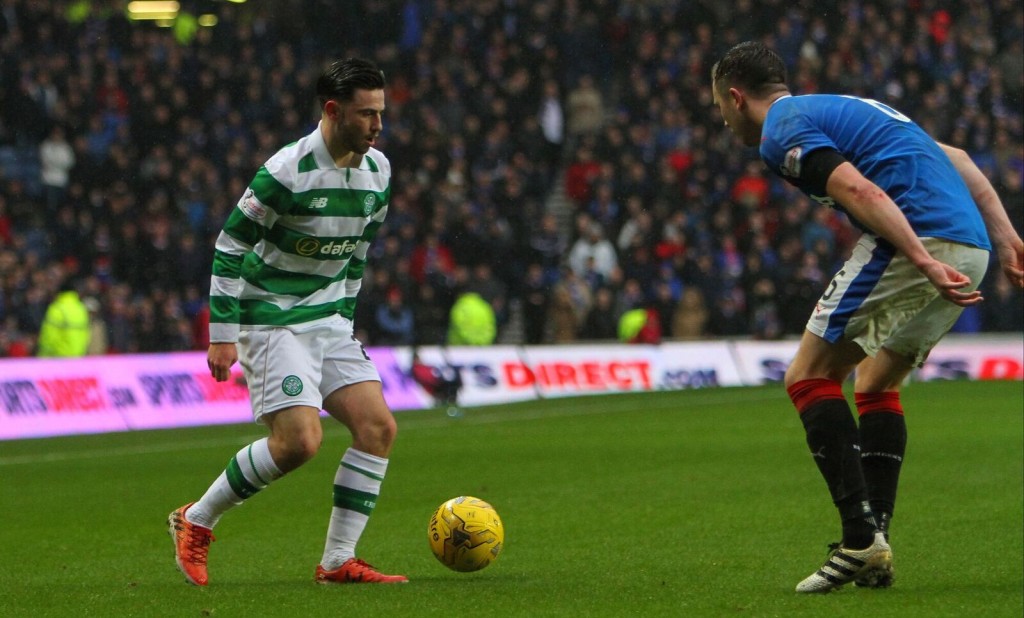 Leading 1-0 through a superb strike from Sinclair, Brendan Rodgers sent on Roberts.
His right-wing trickery saw him set up Scott Brown for a driven cross from the right that was knocked into the Rovers net by Moussa Dembele for his 20th goal of the campaign.
And Roberts jinked his way through the rearguard in the last minute to set up Armstrong for number three.
He may have done enough in those spectacular cameo appearances to persuade Rodgers to start him against the Edinburgh outfit.
The touchline ace has the backing of former Celtic manager and player Davie Hay to get the nod to be in the team that kicks off.
He said: “I think we might see Patrick Roberts sneak into the starting line-up.
“The teenager has come off the bench and made an impact in Celtic’s last two games.
“I appreciate there is always an argument to say that when opposition players are tired it is easier to make an impression, but I just think that he looks as though he has an extra trick up his sleeve.
“He looks hungry and itching to make an impression – and he seems to always have good innings whenever he comes up against Hearts,”
Either way, Forrest or Roberts, it looks as though the Hearts left-sided defence are in for a busy afternoon at Parkhead on Sunday.