Celtic Quick News on News Now
You are at:Home»Latest News»ROBERTS IS RARIN’ TO GO
By CQN Magazine on 20th February 2016 Latest News

TEENAGE wing wizard Patrick Roberts could be in line to make a sensational Celtic debut against Inverness Caley Thistle at Celtic Park this afternoon.

The 18-year-old was signed on an 18-month temporary transfer from Manchester City last month, but has only seen action so far with the development squad.
However, Roberts has impressed with a couple of stand-out displays and, although Ronny Deila said last week that he might have to wait until the summer before getting into the first-team squad, assistant boss John Collins thinks the talented new Bhoy has shown he will be ready before then.

The Hoops No.2 said: “Patrick is much closer this week than he was last week. He wasn’t up to speed when he first joined us. He had been injured a few weeks earlier and hadn’t played many games.

“But he’s had hard training since he’s been here and a lot of extra work. He’s had two development games now and he was terrific on Monday night against Dunfermline.

“He scored a couple of goals, created another and looked really sharp. He looked liked whenever he got the ball, things were happening. So, I think there is a good chance Patrick will be involved at the weekend. 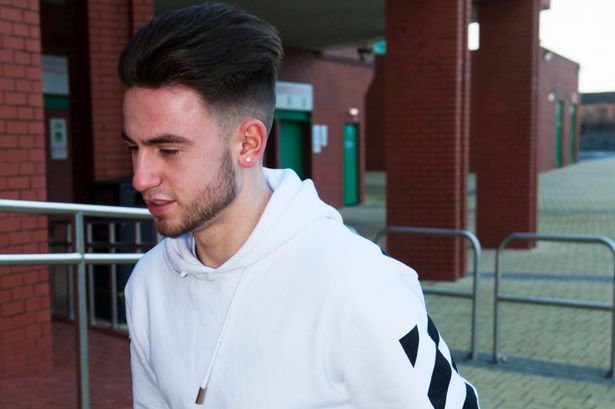 “He is a dribbler, but he has a finish on him, too. One of goals on Monday was a chip from 20 yards, the other was into the top corner. Ultimately he will be judged on his end product. He has to create chances and score goals, as well as work hard without the ball.

“We have been working with him on that, because I don’t think he has been asked to do quite as much off the ball at his previous clubs as we expect. He has trained well and taken the messages on board.”

Roberts moved to Premier League giants Manchester City last summer in a £12million switch from Fulham, a fee that is perhaps been a hindrance for the youngster.

Collins, however, has attributed the money exchanged as symptomatic of the English transfer system and believes the player is ready to prove himself worthy of the hefty price tag.

He added: “I think when you talk about those figures, sometimes people in Scotland see it as a massive fee and people expect a lot, and for a player to be ready right away. But we have to be realistic. It’s a strange market financially in England. He’s only played 20 substitute games for Fulham.

“Normally, in days gone by, for £12million you’d have played three years at the top, 30 international caps and 20 goals, but the world has changed down there. Undoubtedly, though, he has talent and that’s why they’ve paid so much money for him.

“He’s come with a lot of potential and a lot of talent so the next stage for Patrick is to prove it on the training pitch and take his opportunity when he gets it. He’s in there fighting, and like everyone else there is tough competition for places.”