The on-loan Manchester City winger lit up the east end of Glasgow at the weekend with his two sparkling goals in the 3-1 win over Hearts.
It was the first senior strikes by the 19-year-old attacker who joined the Premier League giants from Fulham last summer for £12million.
Ex-Hoops boss Neil Lennon described his first goal – a deft flick off the outside of his left boot – as “absolute top class, Messiesque.” 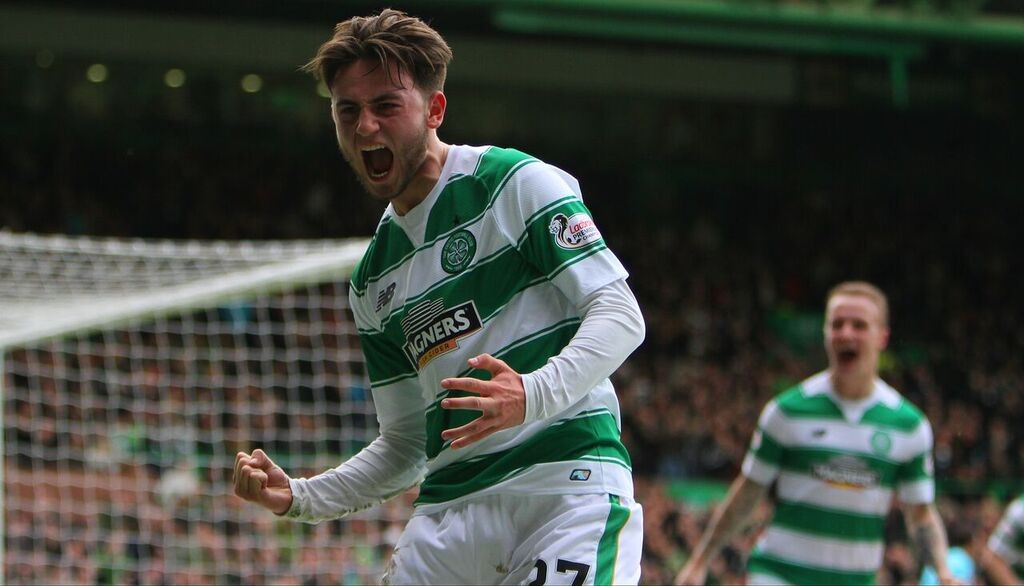 As the champions prepared for this evening’s game against Dundee at Dens Park where they can again go seven points clear of Aberdeen at the top of the table, Collins refused to make direct comparisons with Barcelona’s Argentinian wizard.
Ronny Deila’s No.2 said: “I don’t like comparing him to the best player in the world, which in my opinion is Messi. But you can see where people get the resemblances.

“He is left-footed, he likes to take people on and if he ends up half as good as Messi then he has done well. That has got to be his target, to try to emulate what Lionel Messi does, which is score goals, create chances.

“He is one of those players who gets you on the edge of your seat. When he gets the ball the first thing in his mind is can he take on a defender. He is a type of player I like watching.

“You have to have an end product and, at the weekend, he had what we are looking for from wide players, beating players and getting shots on target and finishing off with goals. The most important thing is continual progress. He has to produce week in week out, that’s what top players do.”

Meanwhile, Collins confirmed yesterday’s story that Derk Boeriggter had been paid up by the club on a contract set to expire in the summer.

The 29-year-old winger was signed for £3million from Ajax in July 2013, but had not made a first team appearance since August, 2014.

He added: “We wish him all the best for the future. Sometimes it doesn’t work out and unfortunately for Derk and for us it never worked out for him.”