Celtic Quick News on News Now
You are at:Home»Football Matters»ROBERTS NOT SHORT ON CONFIDENCE
By CQN Magazine on 28th February 2016 Football Matters
NEW Bhoy Patrick Roberts has revealed he knocked back big bucks at Manchester City to continue playing first team football at Fulham.
The talented midfielder was 16 at the time when he decided to stay put at Craven Cottage.
However, such is the youngster’s faith in his own ability, he believed City would return and, of course, he was proved right.
Roberts, on loan at the Hoops until the end of next season, said: “‘I didn’t think it was the right thing for me at the time, so I stayed at Fulham.
“City spoke very highly of me and said they knew what I could do, but I also knew what I could do. 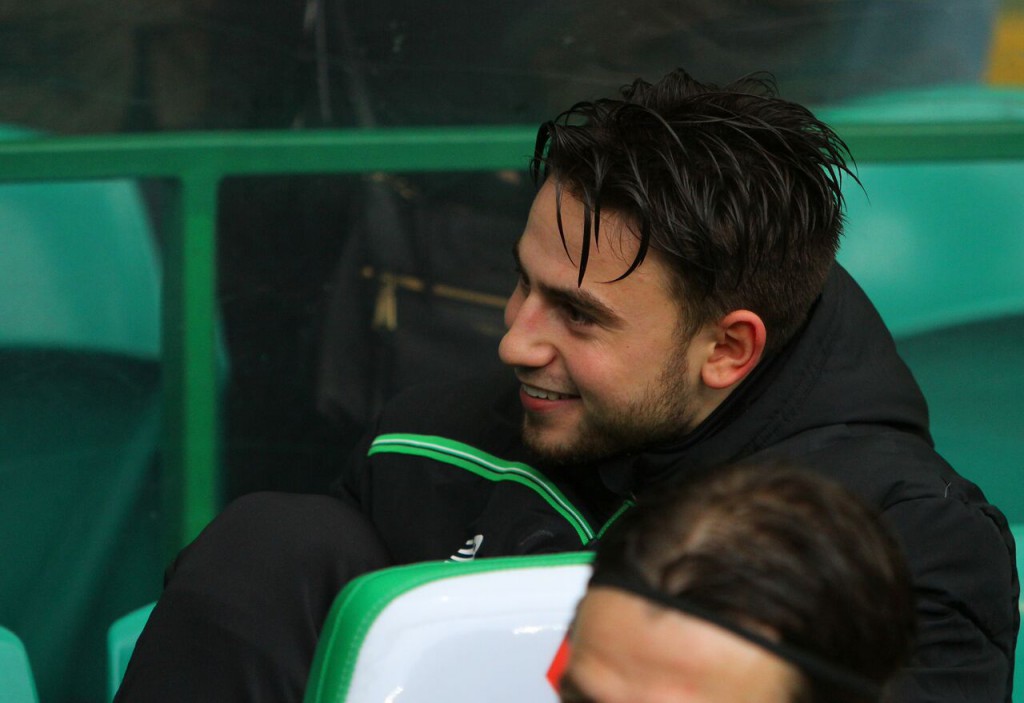 “I’d just broken into the first team at Fulham and I was enjoying my football. Scouts were coming to games. If you’re a good player, people will notice you, anyway.
“I decided to stay at Fulham, I backed myself to play.”

Two years later – and after a season in the Championship – Roberts, who turned 19 earlier this month, moved north in a deal that is likely to rise to £12million.

On life at Parkhead, he said: “It’s been good and I’ve enjoyed it so far. It’s always nice to get some minutes on the pitch and I feel match-fit now.
“The manager has to look after the team and I have to be ready for whenever he needs me. It’s healthy to have competition for places and that goes for every club.
“There are some very good players here that I’ll need to compete with week in, week out.

“You need the longer period to bed yourself in. Some players do it instantly and it depends on your character. You have to be patient, but you have to want it, too.

“There are great players here so it’s about biding your time and when the chance comes, take it.”
———————————-
TOTAL LARSSON DVD & WINDS OF CHANGE – GREAT OFFER ENDS TODAY!