Celtic Quick News on News Now
You are at:Home»Football Matters»ROBERTS TRUSTS RONNY
By CQN Magazine on 3rd April 2016 Football Matters
NEW Bhoy Wonder Patrick Roberts trusts Ronny Deila on how to get the best out of him in the Celtic first team.
The on-loan Manchester City winger scored two exquisite goals for the Hoops in the 3-1 win over Hearts yesterday. 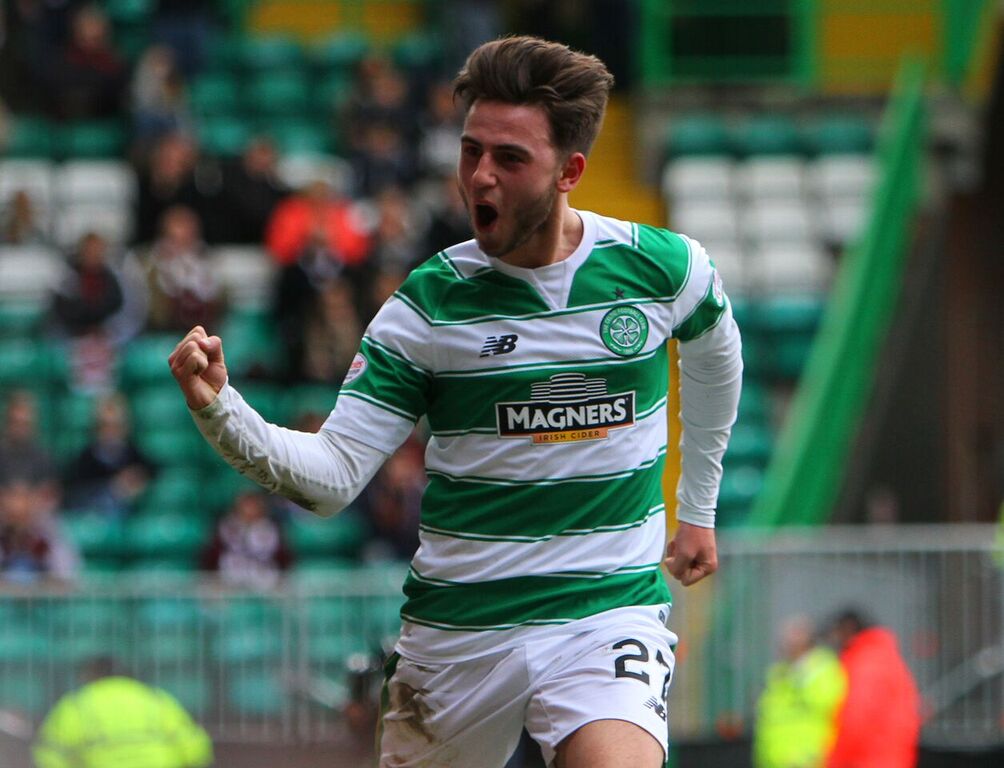 Roberts, 19, was starting only his second game since arriving at Parkhead on an 18-month temporary deal in January.
He said: “The manager knows what I can do and I always do my best whenever I am on the pitch.

Roberts, who cost £12million when he was signed by City from Fulham, netted his first goals for the club at either side of the interval against the Tynecastle men.

He added: “It is a challenge for everyone. Everyone wants to play in the team and be involved.

“You wouldn’t be here if you didn’t want to do that, so, yes, everyone is competing, but it is healthy and good for the club and we are pushing in the right direction.

“I just enjoy playing football whenever I am out on the field.

“It was a very good three points. My first and second goals – it was a good feeling, especially in front of all those supporters.

“Fans are who you play for. Without them, you would be nothing.

“It is joy to play in front of them and score goals for them and I will try to carry on doing that.”