Celtic Quick News on News Now
You are at:Home»Football Matters»ROBERTSON HAILS RIVAL TIERNEY
By CQN Magazine on 24th March 2016 Football Matters
KIERAN TIERNEY has succeeded where £3million man Andrew Robertson failed – and gatecrashed the Celtic first team.
Robertson was allowed to leave the Hoops at the age of 15 after being deemed “too small”. At that stage, the Hoops preferred the taller Joe Chalmers as an emerging left-back.
However, he played only two first team games before being loaned to Falkirk in 2014 and then joining Motherwell on a permanent contract a year later.
His one-time rival Robertson kick-started his career at Queen’s Park before signing for Dundee United and then moving in a big-money deal to Hull City, then in the English top flight.
He has picked up eight Scotland caps and realises he will face a fight from Tierney for the No.3 shirt after the 18-year-old Celt was called up to the international squad by Gordon Strachan for next week’s game against Denmark.
Tierney has been a revelation since taking over from Emilio Izaguirre this season and Robertson has monitored his startling progress.
The 22-year-old defender, in the pool of players for tonight’s match against the Czech Republic, said: “It looks like Keiran is now coming through. He’s younger than me and all they hype is surrounding him now. Rightly so.
“He has played really well for Celtic this season and it’s right to talk him up. He’s living up to the hype so far as he has done the business in big games for Celtic this season in the league and in Europe. 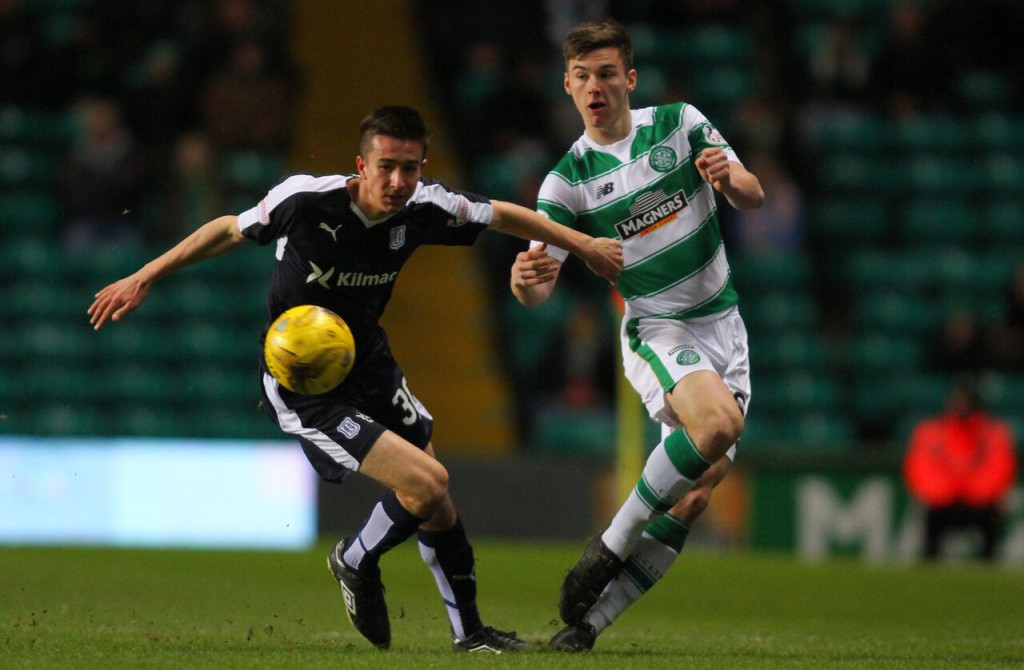 “I hope he keeps going the way he is going as he has a big career in front of him.

“I know how he will be feeling right now. I’ve been there, coming through to the Scotland squad at a young age.

“We are in different squads this time, but I am sure I will be able to help him in the future. It’s good to have someone who has come through similar circumstances. I’m still young and trying to learn and improve my game.

“I’ve played a few times on the international stage, so maybe I can pass a few things onto him.

“We’re fighting for the same position, but that’s great. The more good players competing for places, the better for Scotland.”

Unfortunately, Tierney’s international debut may be delayed as he is struggling to overcome the injury that saw him come off during the Hoops’ dramatic 1-0 win over Kilmarnock at the weekend.

Boss Strachan, though, will give the teenager every chance to recover in time for the friendly against Erik Sviatchenko’s Danish team at Hampden on Tuesday.