Celtic Quick News on News Now
You are at:Home»Latest News»RODGERS A FAN OF THE FAST SHOW
By CQN Magazine on 7th October 2018 Latest News

A BEAMING Brendan Rodgers was delighted with his team as they thrashed luckless St Johnstone 6-0 at McDiarmid Park this afternoon.

James Forrest ran amok with four first-half goals and Odsonne Edouard and Callum McGregor also got on the scoresheet against the Perth outfit who finished with 10 men after Danny Swanson was red-carded for a reckless lunge at the Hoops’ unstoppable winger.

The contest was virtually over after half-an-hour with the champions 3-0 ahead and coasting. 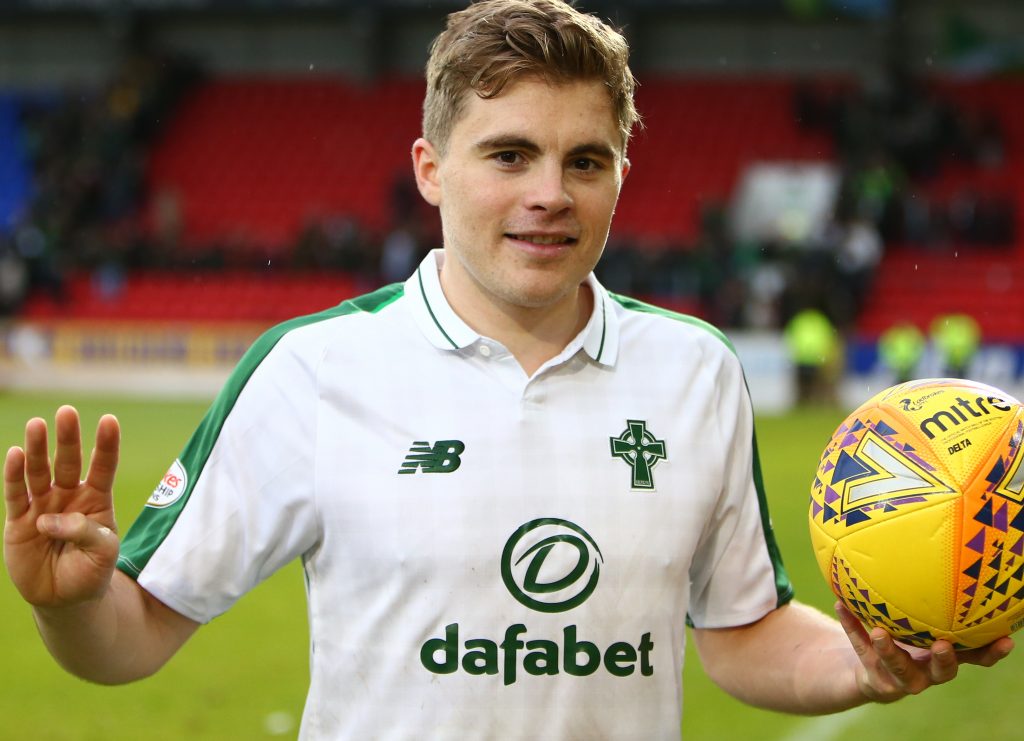 Rodgers said: “I had told the players before the game that we were not getting enough goals early in our matches.

“If you look at our track record in the couple of  years I have been here, we got a lot of early goals that then sparked off our fluidity and movement.

“We haven’t been able to do that enough this season.

“Game-on-game, we’ve been gradually getting to this standard without getting the goals. However, a lot of our players were outstanding today and for James to get four goals is a wonderful achievement in any game of football.

“So, a clean sheet for us plus six goals in the game and three important points after a tough match in Salzburg on Thursday.

“I was really pleased with the intensity of the team, especially in the first-half. 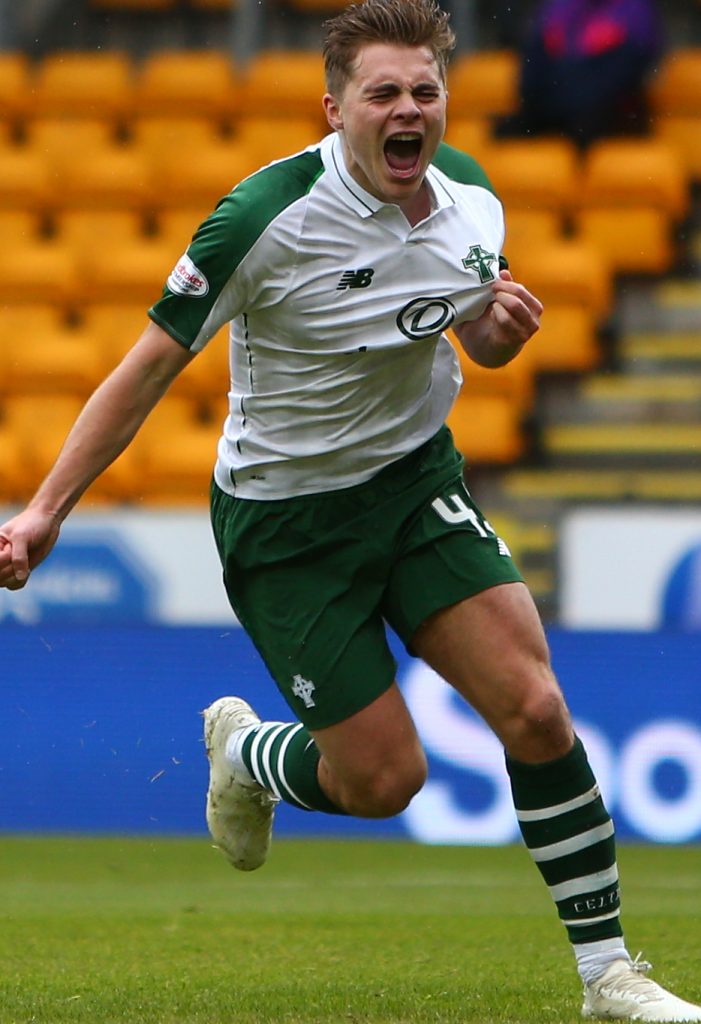 THE FIRST OF FOUR…James Forrest turns away in celebration.

“It’s only natural when you are five-zero up, as much as you want to push and as much as we say it to the players to keep going and they get a man sent off and sit deep, then naturally a bit of tiredness sets in.

“But we still got the sixth goal which was very well worked and finished well by Callum.

“However, as I’ve said, it’s a long season and the players responded really well from Thursday.

“It was a very good win from a place that’s very tough to get a victory.”