BRENDAN RODGERS has admitted he had fears Olivier Ntcham might have followed Moussa Dembele through the Celtic exit in the summer.

The French double-act, along with Odsonne Edouard, had formed a solid friendship off the park as well as a good understanding on it.

However, when Dembele quit in his £19.7million switch to Lyon there were thoughts the former Manchester City midfielder might take take a similar route.

Instead, Ntcham, who was linked with Porto in August, agreed to stay and recently extended his Hoops deal until 2022.

Rodgers insists £4.5million the club spent 18 months ago for the 22-year-old anchorman will prove to be a bargain.

The Irishman said: “Ntcham is the model for us. You bring a boy like that in knowing that there’s a lot of development in him. Going forward, you know there’s value there.

“I looked at Oli and saw the physical qualities he has. He also had a technical idea that could be worked on – and then you try and make him robust mentally.

“You know at some period he’ll move on. But he’s loved his time here and the new deal is great news for him and for the club.

“You have to future proof this type of player to make sure they’re here while at the same time having the value of a top young talent.

“You’re always a wee bit worried that when someone like Moussa leaves, Oli – who is close to him – might think about going.

“Moussa was someone I actually spoke to during the process of bringing Oli here, because he was able to sell everything at Celtic to him. 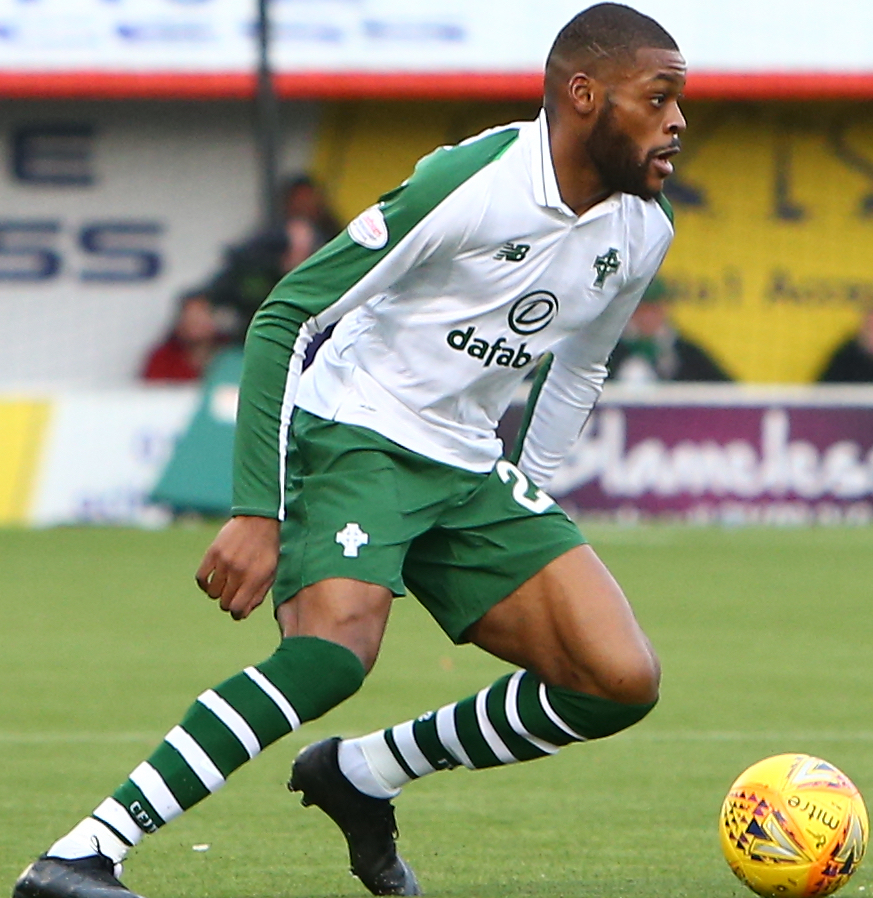 NO FRENCH LEAVE FOR OLI…midfielder Ntcham has agreed a new deal at Celtic. Pic: Geo.

“So when Oli lost his mate, there might have been an initial bit of flatness, which is natural.

“But it’s football and we re-assured him that it’s about his career. We’re here to develop and improve him.

“We told him that at some point he will probably go as well, but it’s important that he becomes the best player he can be at Celtic.

“There was interest in him from other clubs, but it was given short shrift, of course.

“We had to circle him back in to why he came here. They want to come here to improve, feel pressure at a big club and win things.

“So, you have to get back to those reasons why. They’re still on a development pathway, so when the time does come to leave here, they’re ready to fly.”

Ntcham made his return from injury in yesterday’s 3-0 win over Hamilton Accies and played the full 90 minutes as Rodgers attempted to get the rust out of his limbs before Thursday’s crucial Europa League tie against Rosenborg in Trondheim.

The French Under-21 international, who had missed the previous four outings, saw a lot of the ball against Accies, but will need to sharpen up if he is to play against the Norwegians in a must-win confrontation.

And, of course, Rodgers has not ruled out skipper Scott Brown who has not figured in the top side since limping off during the 4-2 win over Hibs at Parkhead on October 20.