Celtic Quick News on News Now
You are at:Home»Latest News»RODGERS AND THE £13.6m NO-GO
By CQN Magazine on 14th October 2021 Latest News

FORMER Celtic boss Brendan Rodgers has NO interest of quitting Leicester City to take over as manager at Newcastle United, according to reports.

The Irishman is among the favourites for the job with the club’s current gaffer Steve Bruce facing the sack following the £300million takeover of the Tyneside club last week.

Speculation is rife after Mike Ashley’s controversial 14-year ownership of the St James’s Park outfit came to an end following the finalisation of the move by a Saudi Arabian group which is said to have made the Premier League strugglers the richest club in the world.

Reports in Italy in the past 24 hours insisted Rodgers was “in pole position” to become Bruce’s successor with the megabucks Magpies willing to pay a release clause of £13.6million to the Midlands outfit. 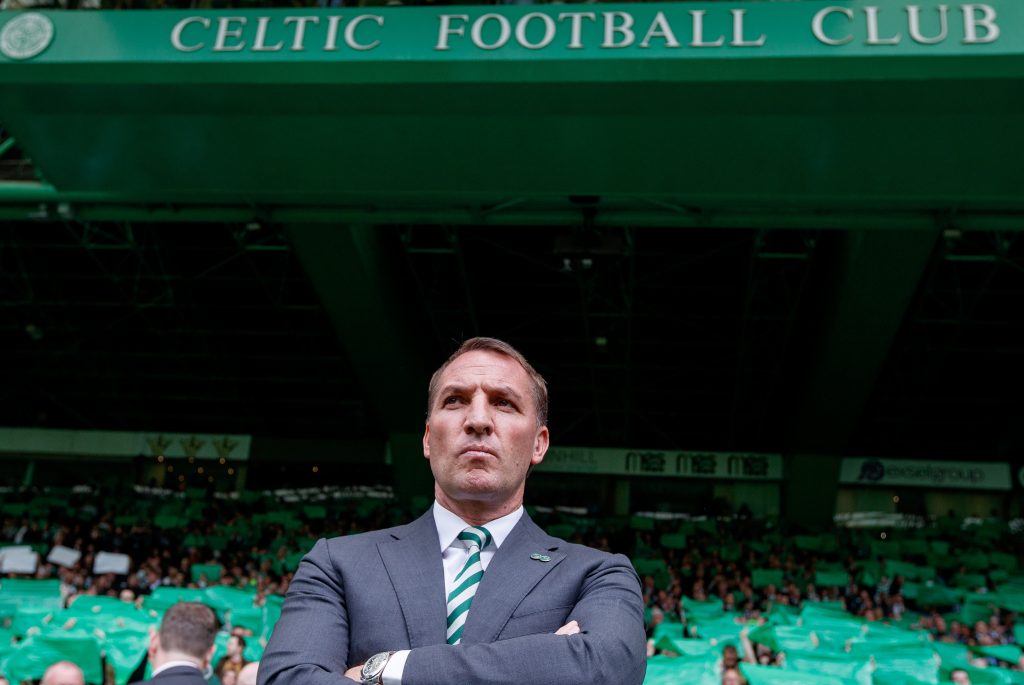 PARADISE…Brendan Rodgers at Parkhead early in his Celtic managerial career.

However, sources maintain the ex-Liverpool boss is happy at the King Power club and has no intention of quitting for the lucrative role at Newcastle, according to Sky Sports News.

Rodgers quit Parkhead in February 2019 after arriving in May 2016 and leading the Hoops to a phenomenal clean sweep of silverware in his first season while guiding the team to an unbeaten campaign while earning the nickname The Invincibles.

He followed that up with another treble and already had the Betfred League Cup in the trophy cabinet after the 1-0 win over Aberdeen in December 2018 when he decided to walk away two months later with Neil Lennon returning for his second stint in charge to complete the astonishing treble treble.

In his two full years in charge at Leiceser, Rodgers twice led the team to fifth-place finishes – and a 1-0 FA Cup Final victory over Chelsea in May.

Journalist John Percy, of the Daily Telegraph, wrote on Twitter: “Brendan Rodgers will not be leaving #lcfc for Newcastle if/when Steve Bruce is sacked.

“No interest in the job and fully committed to Leicester.”

In the summer, Rodgers said: “They (the City fans) need have no worries about myself.

“I absolutely love it here at Leicester City, even more so now that we’ve just missed out on the Champions League.  It motivates me even more to be here to help the club and push the club towards that level.” 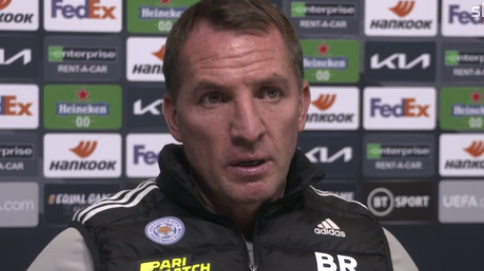 CITY MAN…Brendan Rodgers talks to the media as boss of Leicester City.

In April 2018, when Rodgers was linked with Arsenal as news broke long-serving Arsene Wenger would be leaving at the end of the term, he commented: “I’ve always said I am living the dream here. There will be somewhere I can go and maybe earn two or three times more money, but it’s not abut that.”

Later, he added: “It would take something extraordinary to take me from here. After this season, I have three more years and will be so happy to see those out. I am privileged to be here as manager.”

However, he still left Celtic  the following year.